Day 3–4:  Cabo San Lucas
I didn't do much photographing in Cabo San Lucas.  We were too busy enjoying a hotel room complete with bathroom and mattress compared to the hard folded flat seats of the car we had been using for a bed.  With sunburned ankles and bruised hips from sleeping on such a hard surface, we were looking forward to two nights of recovery at the Baja Cactus Hotel & Hostel.
We walked through downtown, enjoyed tacos at Gardenia's and discovered chilaquiles at Taco Fiesta (I equate them to breakfast nachos submerged in salsa verde and complete with an egg on top).  There was an Argentinian steakhouse next to our hotel so our first night we indulged and split a salad and a filet mignon covered in perhaps the most delicious chimichurri sauce I had ever tasted.  It might sound odd that there was an Argentinian steakhouse in Mexico but it was just one of three that we spotted during our short stay in this Americanized tourist party town.
During our second day in Cabo San Lucas we took a short trip up Highway 19 a little bit, discovering two access points to the north and south side of Puente La Tinaja, and access to the better known spot, Migriño.  It was the only overcast day of our trip, and rather windy and stormy as we explored the remote and untouched beaches.  I spent the afternoon photographing while Lyle assessed the surf-ability of the waves for possible future dates. 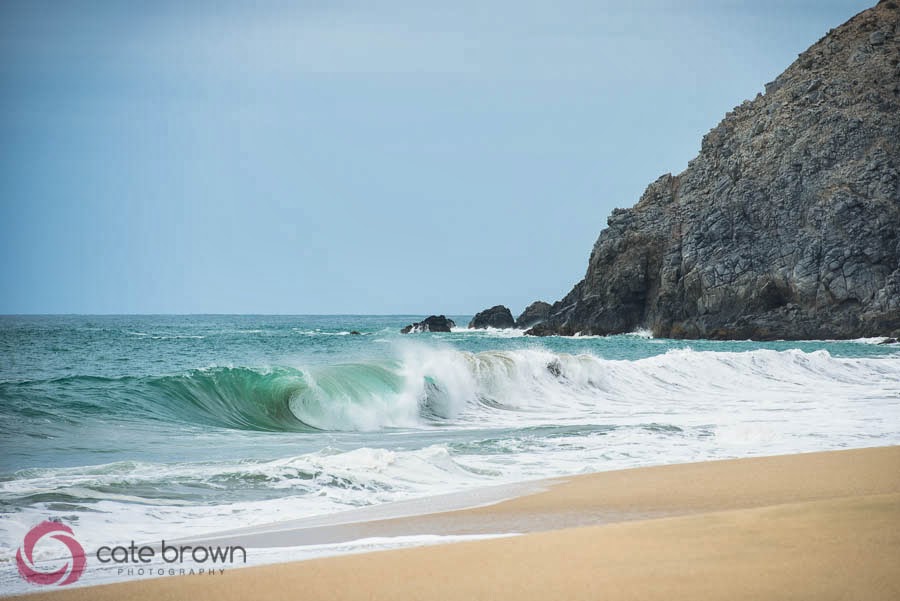 The morning after our second rejuvenating night in the Cabo San Lucas hotel, we were tired of the city, the constant sounds of people and the traffic driving by.  It was time to get back on the road!  We were checked out by 9am, hit the Mega for some food & ice, and were on our way up Highway 19 headed for El Pescadero.
Little did we know that we would find one of our favorite beaches and some of the best surf for Lyle in the few days to come!
More photos at www.catebrownphoto.com