Labor Day weekend is a busy time for a lot of people.  For some, it signals the end of summer and the start of the new school year.  For others, it means big backyard barbecues or a weekend at the beach house.  Sailors often have end of season regattas, and one of those is the annual Conanicut Yacht Club Around the Island Race.  This year was the 90th annual regatta for CYC ATI, and while other parts of the country were reeling from Hurricane Harvey, Rhode Island was having its own wet weekend with a nor'easter of sorts bringing wind and rain for 24 hours.

We had had such a wonderful summer!  There was only a few days in July where it was swelteringly hot and humid.  There were next to no typical summer storms to speak of, with either intense squalls or heat lightning or hail.  It was rather picture perfect and sunny... until this weather came through.

The race started with an hour or so postponement.  The wind was gusting close to 30 knots early in the morning, but as noontime rolled around it was diminishing to a sustained 17-20 knots.  Still we waited, drenched on the dock waiting our turn for the launch, while the wind became sailable.  The rain was coming in waves, while a light layer of fog persisted in the distance.  Everyone headed out for a wet and wild regatta, and it was one of those events I would've rather been sailing in than photographing!  I was almost soaked to the bone before the first race even started – I guess it's time for new spray pants.

Over 90 boats had registered for this year's event, but not surprisingly not everyone showed given the weather forecast.  Just over 60 boats started the race, and given the wind direction, it was a reach almost all the way around the island.  The race circled counterclockwise this year, going under the bridge to the north first.  I documented every start before heading to the north end of Jamestown to catch some spinnaker sets as boats turned the corner.  While I didn't make it around Beavertail, I heard the sea swell was something to behold.  By the time I headed back to the race area, the first class was already finishing!

While I'm told it wasn't the fastest race ever, it might have been the windiest.  Everyone was still in good spirits by the end of the day, despite looking like we all went through a wash cycle.  Another ATI Race down!  What's next on your regatta calendar? 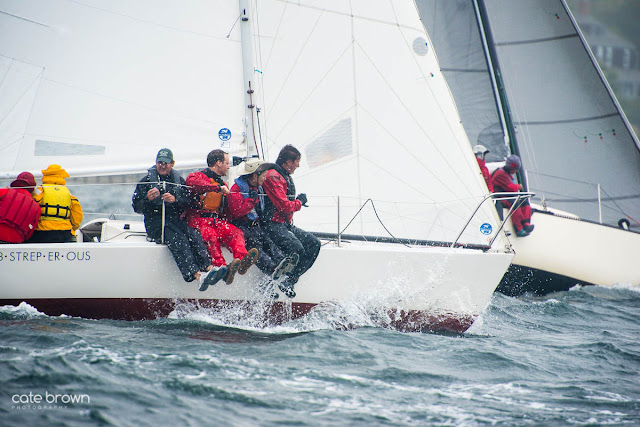 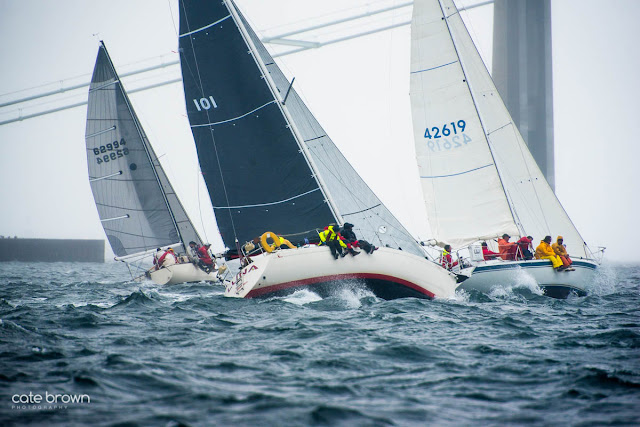 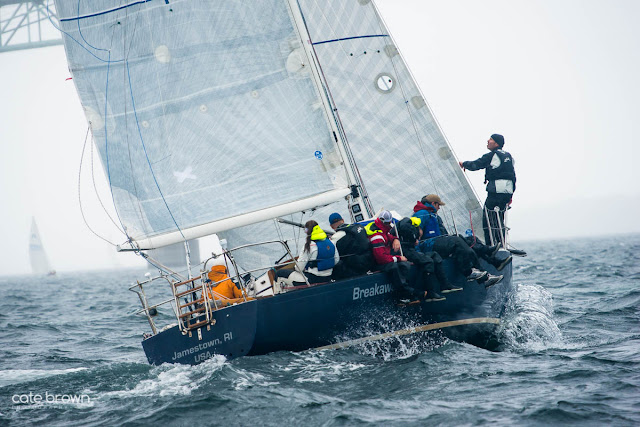 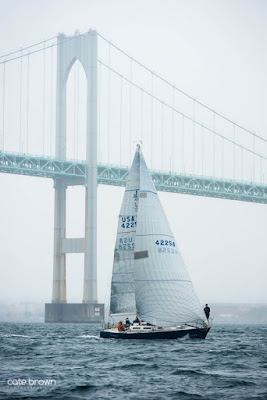 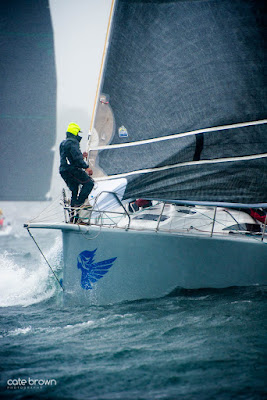 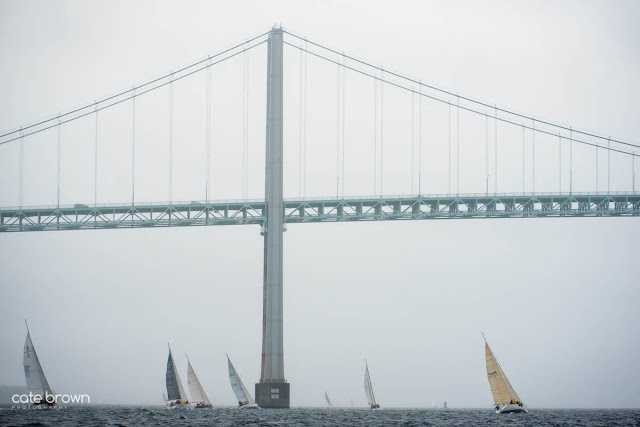 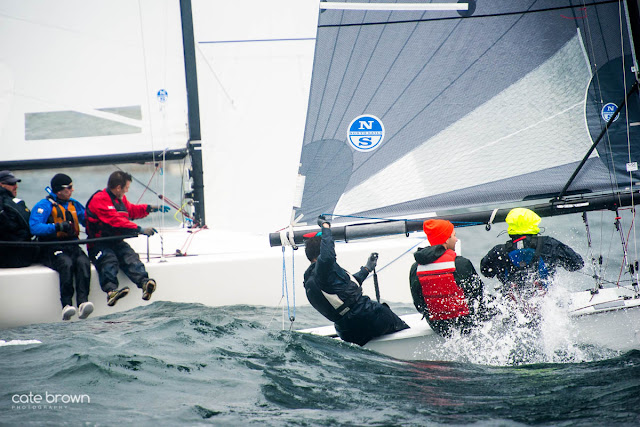 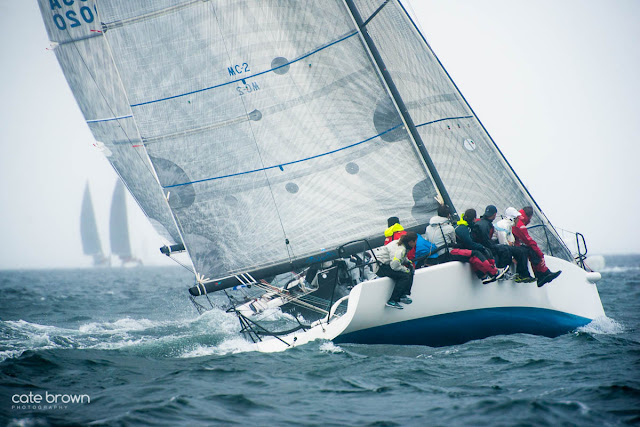 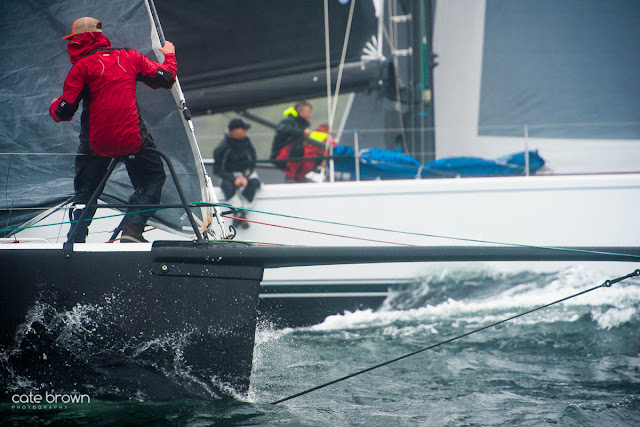 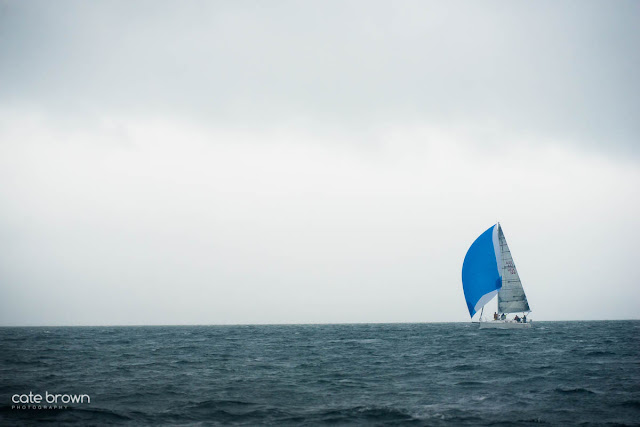 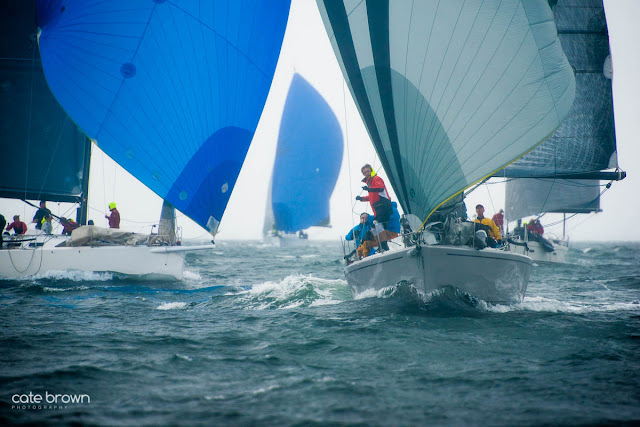