Day 2:  San Jose del Cabo – Los Corridors
We woke up to the sun on the East Cape Road, remote and untamed but absolutely beautiful!  But our plans were laid in the other direction, back to San Jose del Cabo and along the road Los Corridors towards Cabo San Lucas.  We wound our way back through the hills and went to check the surf back at Playa Costa Azul.  It was decent, a little lumpy but surfable, and Lyle went to rent a board from the Costa Azul Surf Shop.  We were informed about the three breaks just off Costa Azul:  Zipper's could host territorial surfers, but with the waves breaking in such shallow water right on the beach Lyle wasn't looking to go there anyway.  The Rock was a friendlier break, although there were some rocks to navigate, with better company any a longer ride.  Lastly, Old Man's off of Playa Acapulquito, was a well-known longboarding spot (which we would visit our last day of the trip, and I would actually get in the water with a board).  For this day in particular Lyle chose to go out at The Rock.  With his 5'8" mexican-made board under his arm, we walked down Costa Azul to the edge of the beach where a rocky cliff stopped our progress and where cars zoomed by overhead.  But it was a nice little nook at the end of the beach where I could sit in the sun and Lyle could enjoy his first morning surfing the Baja waves. 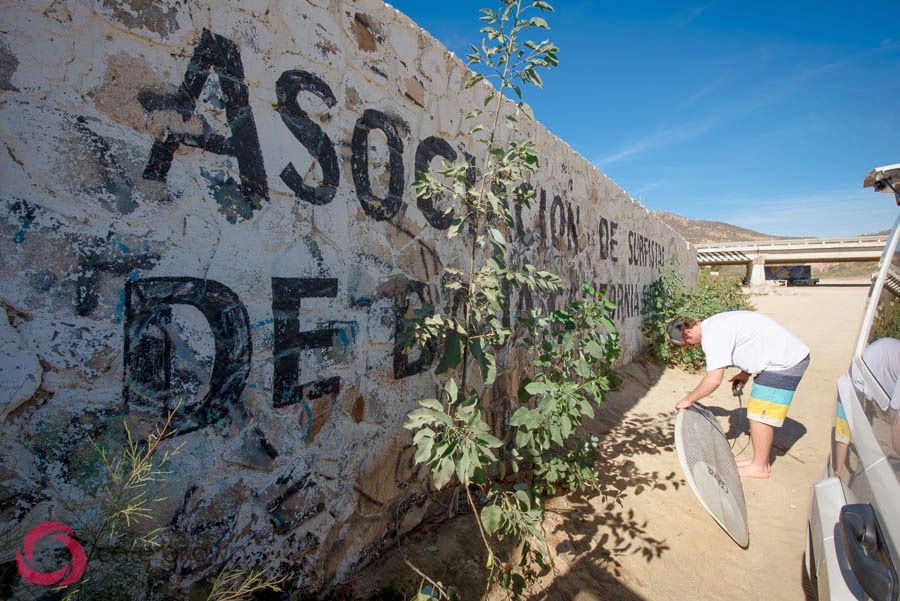 Around lunchtime we were thinking of our next destinations, and after snacking on some of our fruit and peanut butter from el supermercado, we hit the road and Los Corridors.  We skipped several spots we had introduced ourselves to the previous day and started about halfway down the Corridor, much more in the reach of Cabo San Lucas.
Playa El Tule was an easy to find location, with signs leading off the highway to a dirt road and underpass where you could access the beach.  It was a decent size and hosted some small surf where Lyle was able to paddle out again.  I enjoyed the beach, went shooting for a bit and watched a whale breaching offshore.  It was my first whale sighting! 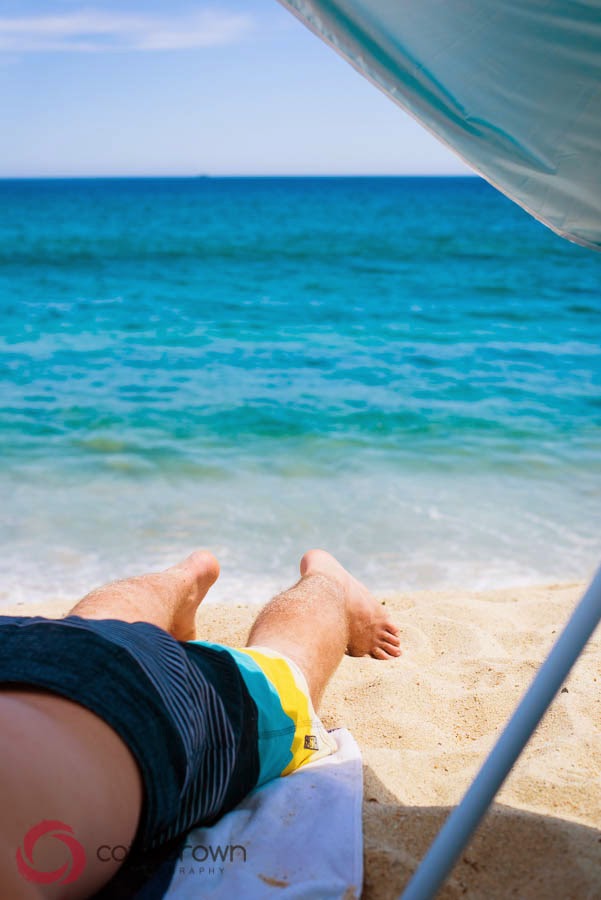 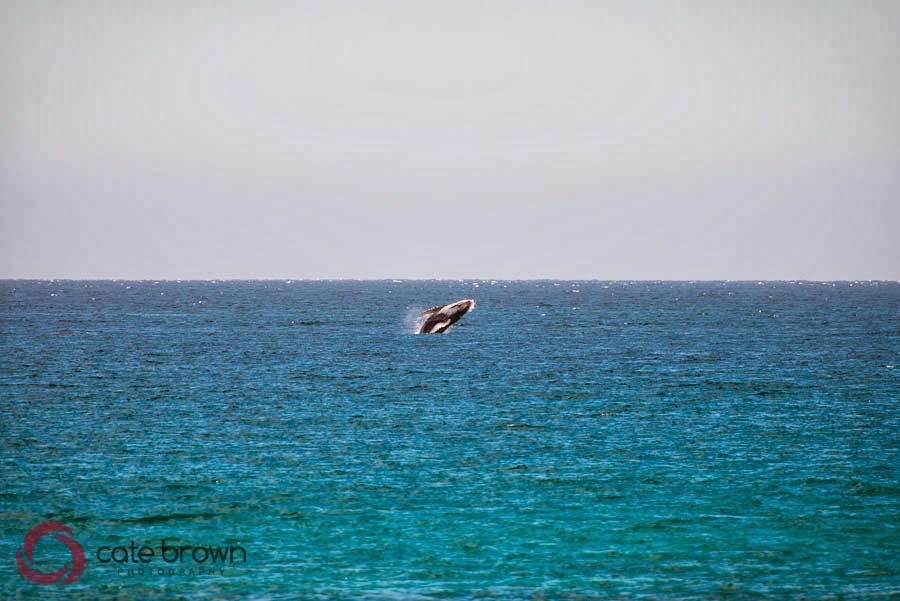 Playa Chileno was right near El Tule, and talk about built for tourists.  There was a guard in the parking lot, a paved road off the highway and a paved parking lot, a wooden walkway, cabanas, a restroom complete with shower, a roped off swimming area... It wasn't the type of location we were looking for but it was nice to know the Mexican government was maintaining at least one of their beaches.  It was a cool cove but otherwise a pass for us. 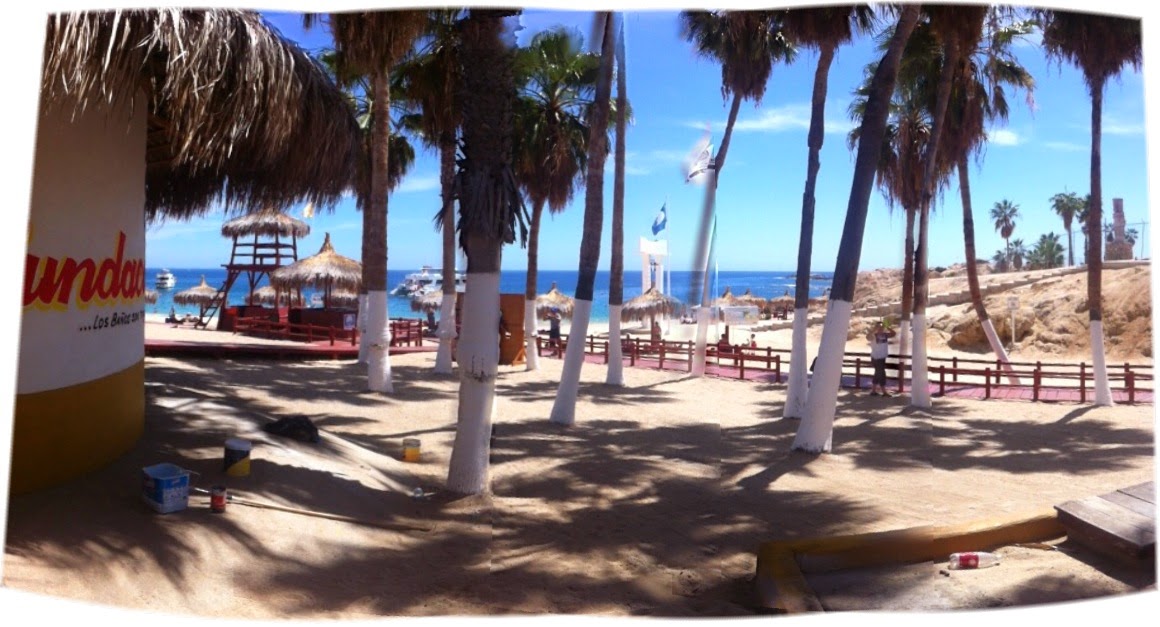 Next up was Playa Viudas accessible from a highway turnoff at Km 12 by the Cabo del Sol resort.  A short drive down a steep dirt road that wound through some hills spit us out at the beach.  It was very small, but secluded and protected from large waves by some very cool rock formations, making it a swimmable location.  It was getting late in the afternoon so we didn't go for a dip but there were a couple local families with children who were enjoying the water enough for everybody!  We returned here later in the afternoon for some sunset shooting. 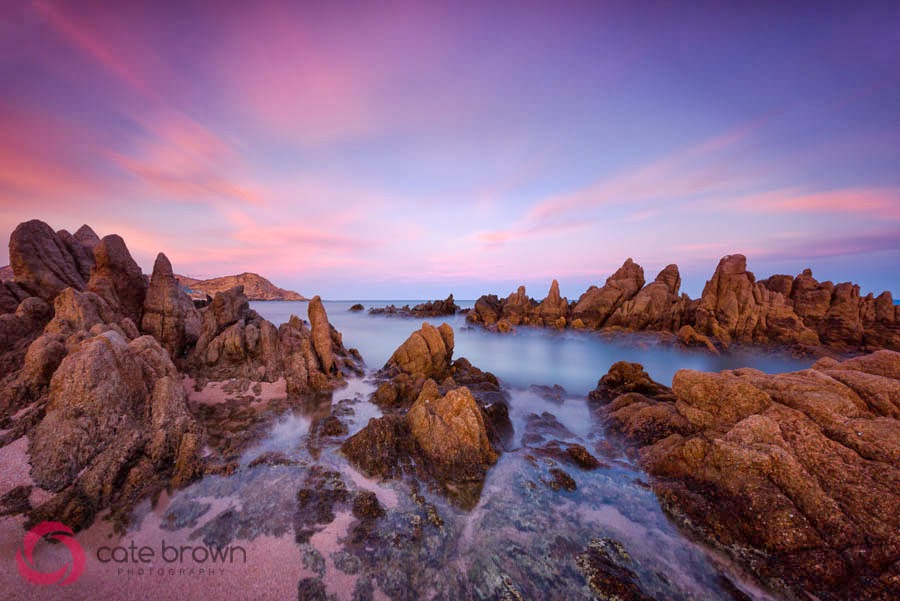 Playa Santa María was a very small and secluded cove, protected on both sides by high rocky hills which I imagine made for great swimming.  There were some snorkelers in the water but the number of people that knew about it was high.  The parking lot was full of cars from British Columbia!  There weren't as many people there as Chileno but the beach was smaller, lending to a slightly cramped feeling.  It would probably be a wonderfully beautiful anchorage if you were exploring Baja by boat.  The only other downside were the few beach vendors who made it a point to greet us when we arrived and follow us to the car as we were leaving.  It would be nice if this beach was a little more of a secret, but the people who were there were not bothersome loud families, rather groups of quiet tourists who had come to Baja to enjoy retirement.

After sunset at Playa Viudas we headed into Cabo San Lucas for a bite to eat at Taqueria Los Paises.  They weren't the best tacos we'd had thus far but it worked for our budget.  We went back to El Tule for the night where about 4-5 other cards were also enjoying the great beach camping location.  An exploratory day ended with a nice quiet night. 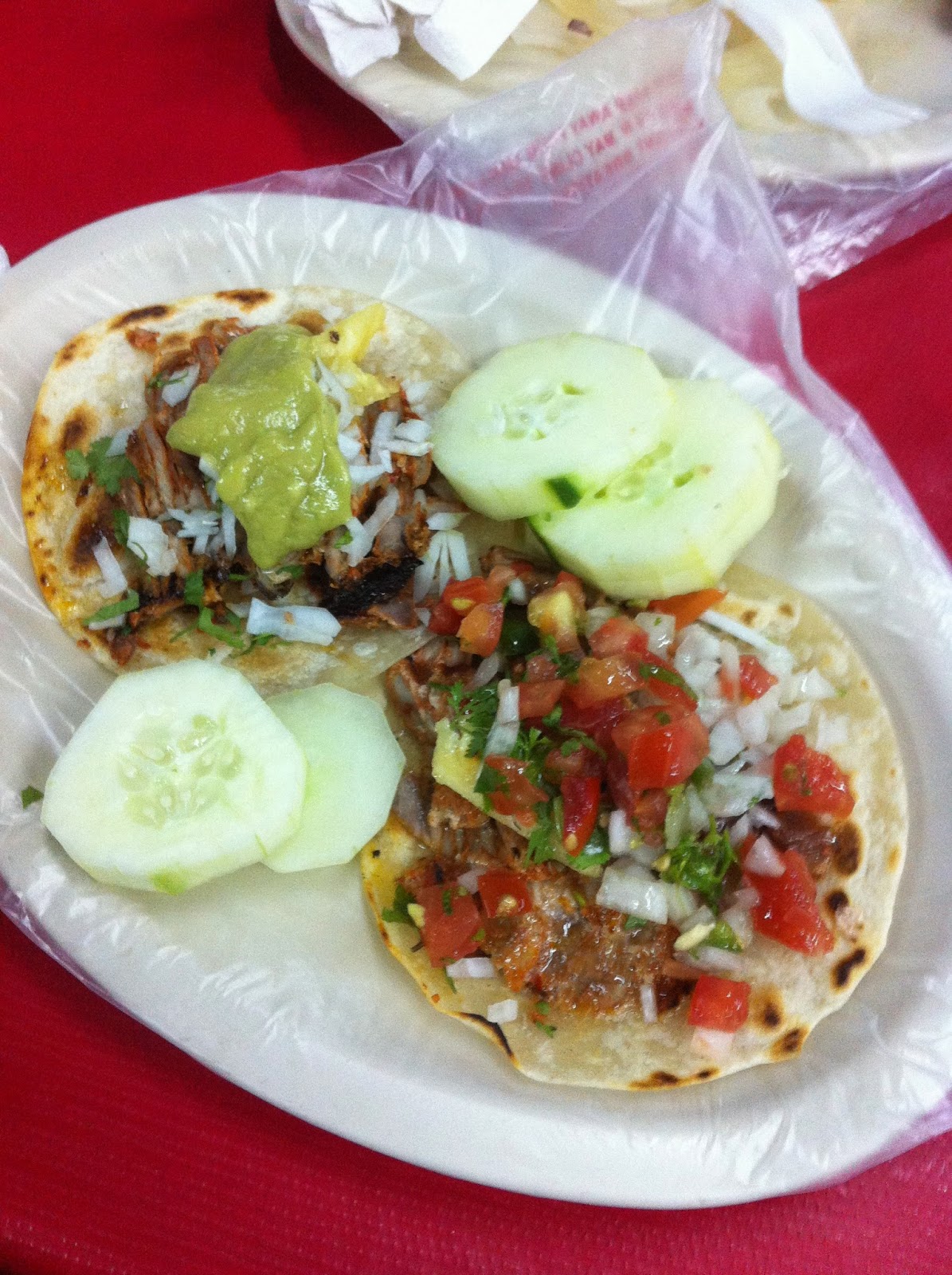