Here begins the epic tales of a trip to Baja California Sur and Los Cabos of Mexico!  A trip planned since late last year that finally became a reality for myself and my boyfriend early this March.  See the photos on my website under Baja Expeditions and continue following the blog for stories about the trip.  All images on the website are available as Fine Art Prints.
Day 1:  Arrival – San Jose del Cabo
We had to wake up at 3:45am to make our first flight to Newark, then a 7 hour flight straight to Cabo.  Upon arrival at 2pm local time, we picked up the rental car, made a short stop at the supermercado then straight to some of the nearby beaches.
Playa Costa Azul was probably the most popular in San Jose del Cabo, hosting the notable Zipper's and the Rock surf breaks, and being immediately adjacent to Playa Acapulquito and the longboarders' Old Man's surf break.  Down the highway was Playa Palmilla at the Palmilla resort.  Squeezed between resort buildings and shaded by hills and palm trees, this beach was rather picturesque.  It made for a nice backdrop as we looked at the boats on the beach and the sky grew paler as the sun went down.
It was getting dark and we needed a beach to stay at for the night, because in Mexico beach camping is free and legal.  We had planned for beach camping in order to help make our budget Baja tour a reality.  In search of Playa Buenos Aires somewhere off Highway One we had no luck.  Mexico does not seem particularly fond of good signage or infrastructure.
We decided to go back towards San Jose del Cabo and cross the small city in search of a good stretch of beach by the estuary.  By this time it was about pitch dark out and becoming increasingly difficult to navigate.  We ditched the estuary and instead went toward Puerto Los Cabos where there was a marina and supposedly some beach.  We got a bit lost, found a gated community, and were redirected towards part of the East Cape Road which connects the east cape of Baja Sur to San Jose del Cabo.
After a paved section of the East Cape Road carved through the hills, it opened up onto an unpaved and uninhabited road which we knew stretched all the way to Cabo Pulmo and other East Cape destinations.  Going slowly on the dirt, navigating potholes, rocks, and areas where rain runoff had carved away at the road, we finally came to a stretch that paralleled the water.  The beaches were rocky but there were several small turnoffs next to the road which allowed us to get out of the way of any traffic and park the car with a great view of the water.  It was quiet, calm, and out of the way of civilization.
I took the time to try out some astral photography, with no moon but some light pollution, and we tiredly called it a night around 10pm.  Our car became our tent as baggage was moved to the front seats and we spread out a sleeping bag in the back where the seats folded flat.  We were finally in Baja, and we were finally able to sleep! 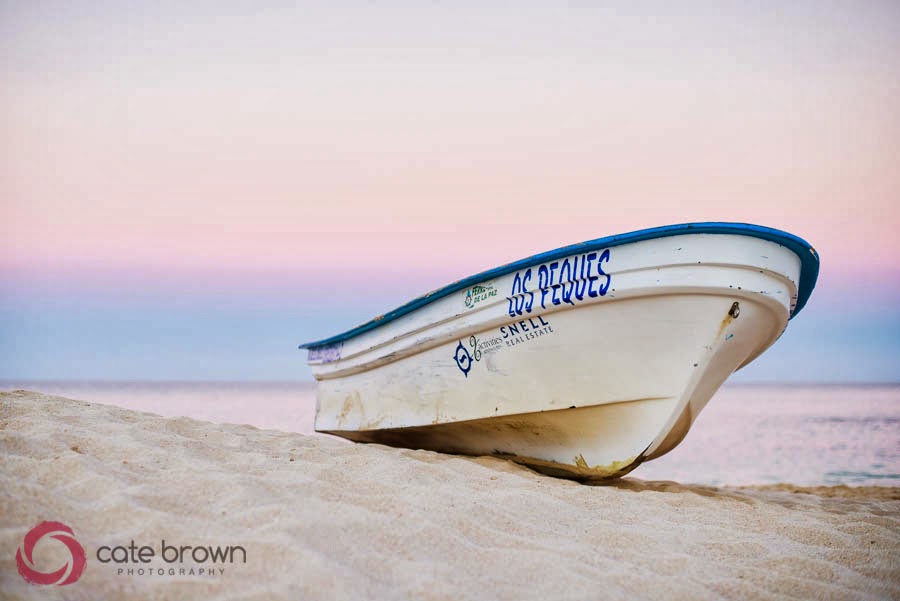 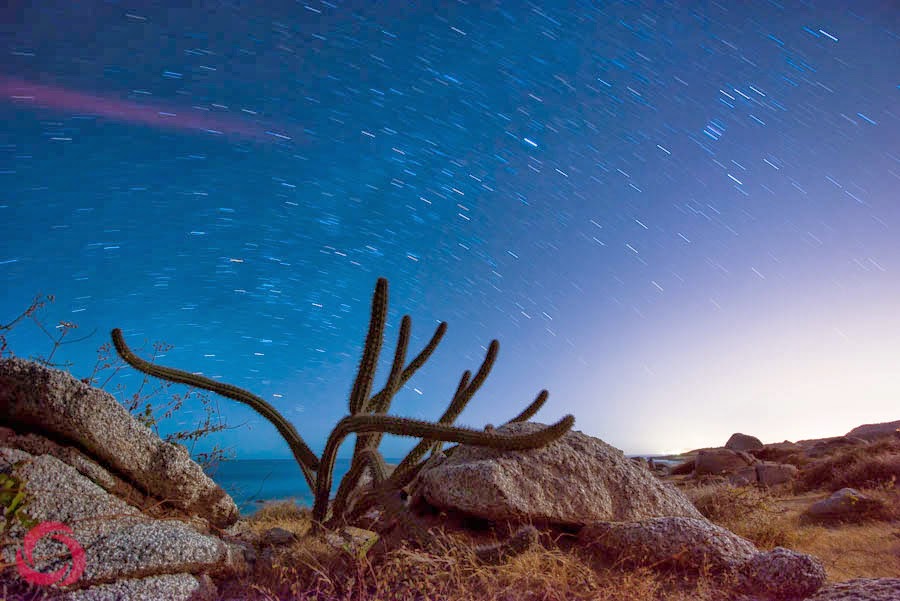