In Love with Playa San Pedrito

Day 5:  El Pescadero
It was much nicer out than the previous day as we left from Cabo San Lucas in search of some mexican solitude.  On the way up Highway 19 we stopped in at Puente La Tinaja again using the oceanside access of the highway via a retorno right at KM 94.  There was sun and surf and just about no one else around except for two locals already enjoying the beautiful surf in the calm morning breezes.  Lyle hopped in the water for a quick session before we continued our journey towards El Pescadero, a small town south of Todos Santos at the heart of the organic farming movement in Mexico.
Passing more and more farmland and less paved roads, we first arrived at Los Cerritos, a famous surfing spot which I will talk more about in a later post.  Lyle went surfing for the second time that day while I enjoyed the sun and took some great shots of the water and waves.
After departing the growing tourist location of Los Cerritos we came to perhaps our favorite spot on the West Cape, Playa San Pedrito.  Just north of Los Cerritos at KM 64 we turn onto a road that wound through acres of farmland, finally arriving at Ranchero Pescadero and other casita and bungalow rentals that all catered to surfers.  The roads were narrow and unpaved, but the scenery was beautiful and quiet, complete with horses and cows, more farms, and flowers.  None of the buildings had the feelings of neglect that so many of the developments we had passed seemed to emote.  If ever I had a romantic sense of Mexico before the tourism boom, I'm sure this spot was just that (aside from all the American, Canadian and European surfers, of course). 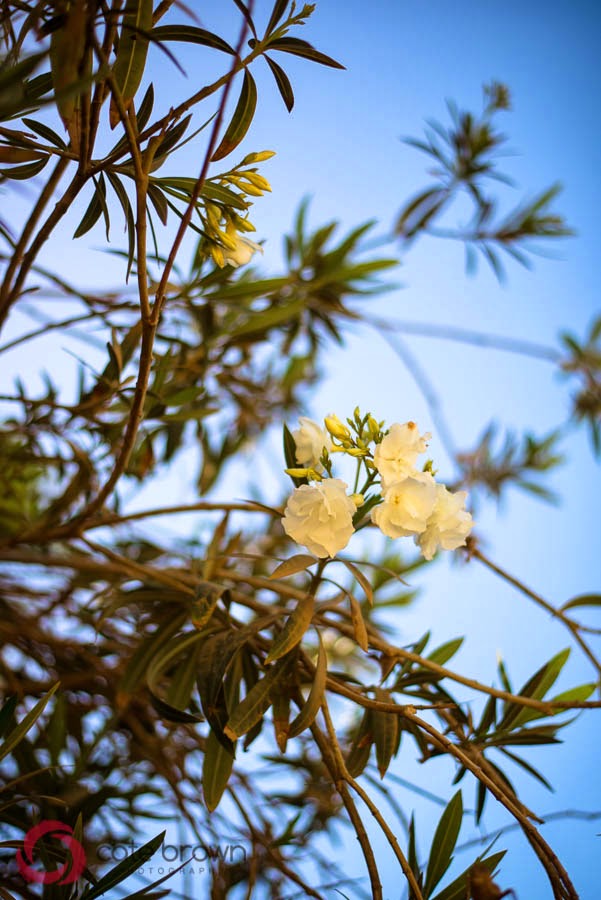 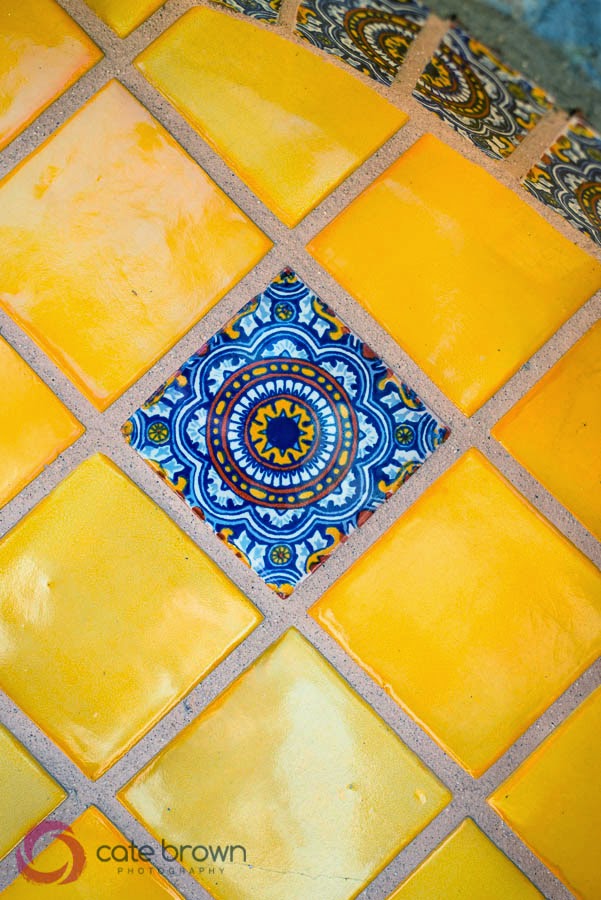 We both fell in love with the area with its palms and brightly painted casas, but we hadn't found the beach yet.  We passed Casa Simpatica and the Pescadero Surf Hotel and found our way back to the highway.  At KM 62 we saw a sign for Pescadero Villas and decided to try it.  The road looped around a small hill before coming out at a little niche of Pescadero, villas on the left (which looked like part of the area we had just been through), hills on the right, and a big expanse of beach facing west.  There was a gathering of RVs near the hillside and we knew this to be a popular RV and beach camping spot.
On top of the scenic access, sense of safety and seclusion, it also had waves!  Lyle went surfing, again, and I walked around for sunset.  You could tell this area naturally held more groundwater compared to some of the arid desert conditions nearby.  There were groves of palms, grass in a few spots, and even little bugs like gnats.  And everyone who was in the area, villa-vacationers and RVers alike, seemed to appreciate and respect this spot which, despite the villa development, seemed much more in tune with it's natural surroundings.
Offering a couple drinks to our neighboring beach campers after dark, we met Lars & Maggie from Germany who had both quit their desk jobs, saved up some money, and embarked on a 6 month journey in Mexico.  They bought a car in Baja, surfboards, kayaks, food, a tent... and they were loving absolutely every minute of their adventure.  The four of us chatted and hung out by the campfire for hours.  We had a lot of respect for them, 30-somethings breaking from the norm to do what they really wanted, and they had a lot of respect for us, 20-somethings finding the time and money to get out and see the world.  It was comforting to find like-minded people and we all expected to run into each other again when our itineraries crossed paths in a few days on the other side of the cape. 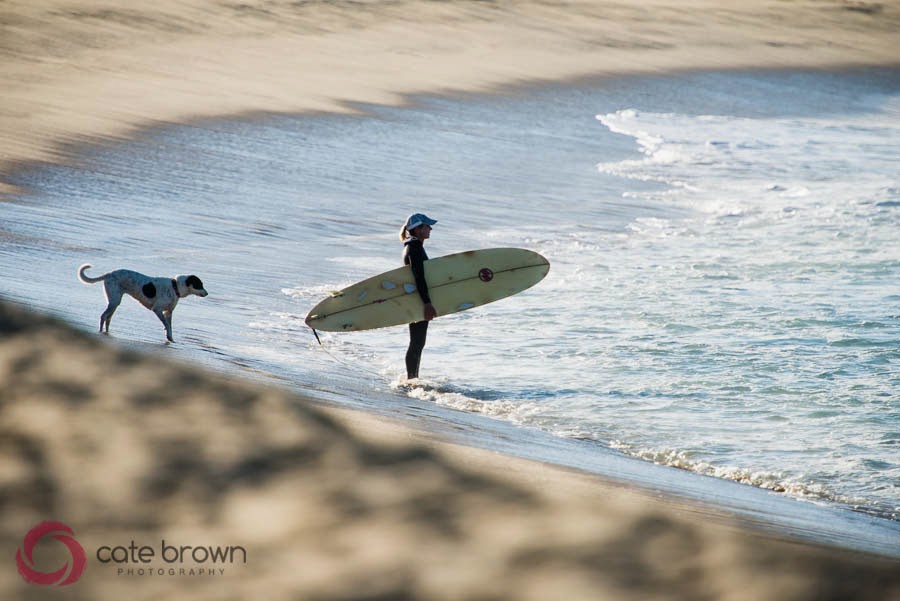 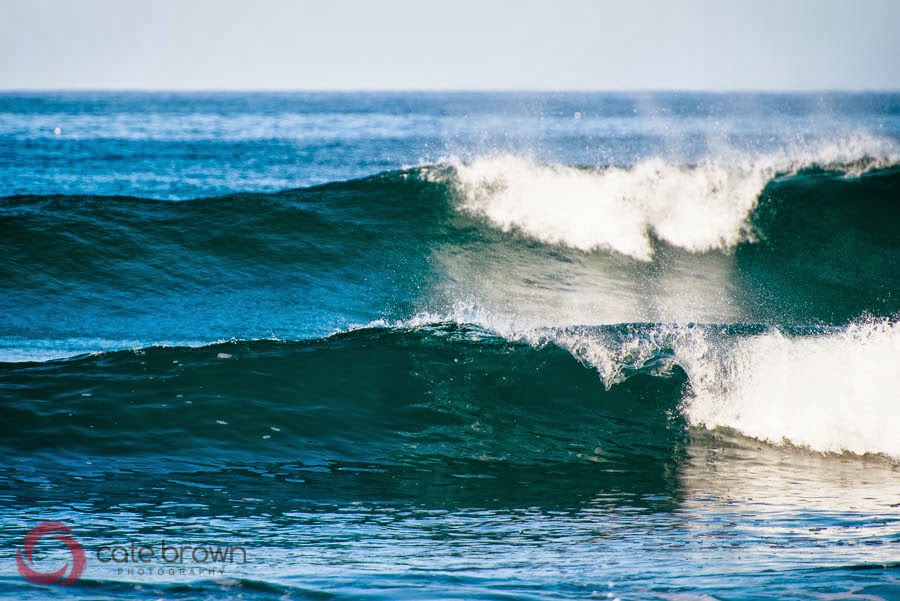 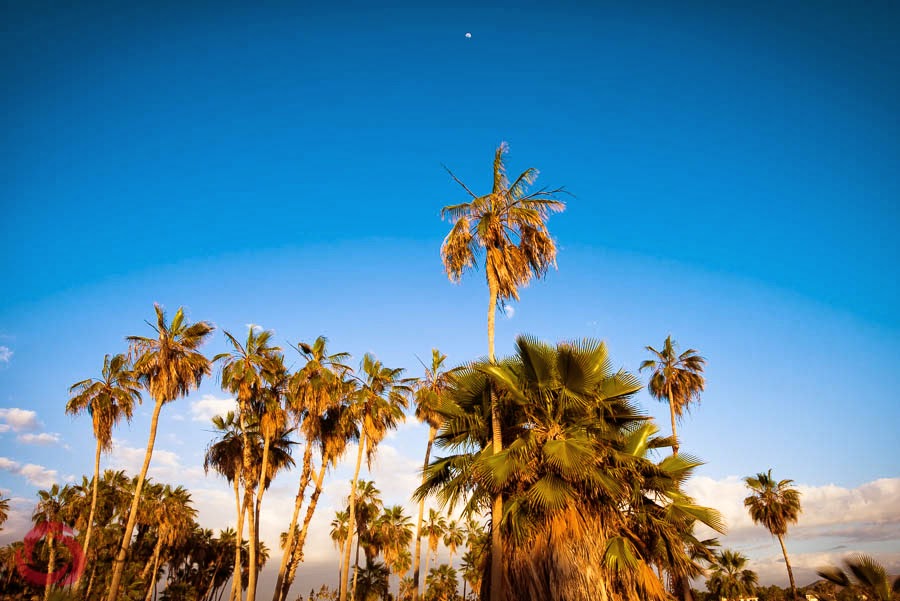