Last week, Newport was witness to a truly historic gathering of J Class Yachts that hadn't been seen in years.  Most of these boats sail in the occasional superyacht or classic event, but they haven't been prevalent in the area since the America's Cup days pre-WWII.

The J Class Association, pledged with maintaining the legacy of the J Class yachts that were once competitors in the America's Cup, and any replica rebuilds of the classic sloops, hosted its first World Championship event in Newport this August. Six of the eleven J Class Yachts answered the call.  Among those who came for a week of competition included JK6 Hanuman (replica), JS1 Svea (modern build from 1937 design), JH1 Lionheart (replica), J8 Topaz (modern build from 1935 design), J5 Ranger (replica), and JK7 Velsheda (1933 build).

I was out on the water for the first two days of racing where we saw the most wind for the week, coupled with late starts and fog.  Day One was the distance race through the East Passage of Narragansett Bay, starting offshore of Beavertail, passing through Newport Harbor, around Gould Island, and back to showcase the spectacle that is J Class racing.  The breeze was light, around 7-10 knots.  As the starting sequence counted down, the enthusiasm felt by everyone on the water was palpable.  Velsheda, perhaps a little too eager to start race one, managed to take off a decent amount of bottom paint at the start as she glanced off the race committee stern.  Soon enough, everyone was underway, beating upwind through the fog.  The sun started breaking through as the boats came by Beavertail and the Newport Bridge, before fog rolled back in for the finish.  While competition was tight throughout most of the course, Hanuman, skippered by local legend Ken Read, won the day for this 20nm race.

For Day Two of racing, the race area was offshore on Brenton Point.  The breeze and sea swell were up a touch compared to the previous day, and the racing was heated as Topaz took a penalty for tacking in front of Lionheart on the first beat.  The racing was split for the first half of the race, as yachts competed for the number one slot.  Topaz, almost last around the first mark, made an incredible comeback on the second half of the race to solidify a first place finish for race two.

By the end of the week, despite the most first place finishes going to Hanuman, it was Lionheart's consistency that won them the event with a 17 point total for 7 races.

Witnessing these enormous vessels sailing in Newport was a truly awe inspiring experience!  The sheer scale and grace cannot be fully justified in words.  As they all marched in line with their spinnakers full, there was a sense of wonder and joy to see these majestic boats home in Newport waters.  A few times I just had to put my camera down and witness it all.  It was a true spectacle of sailing beauty, as these boats brought a sense of living history to everyone who had the wonderful opportunity to witness it. 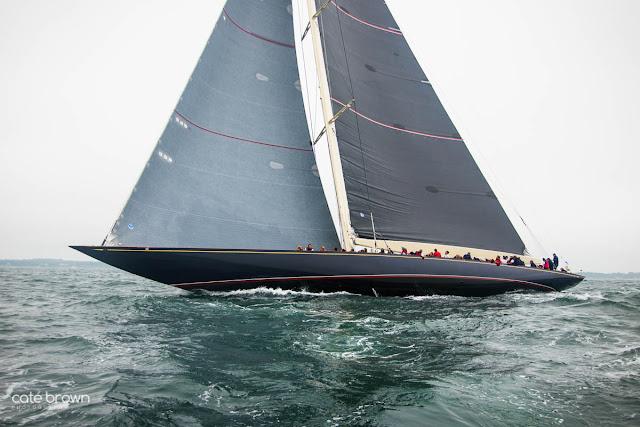 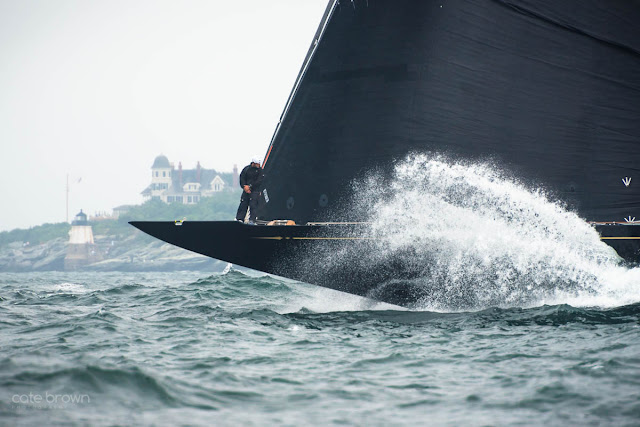 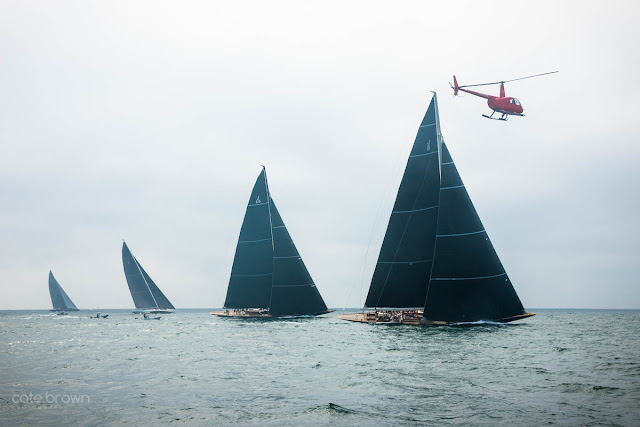 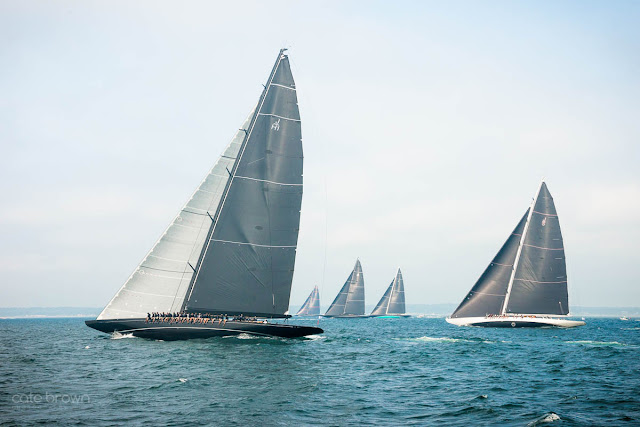 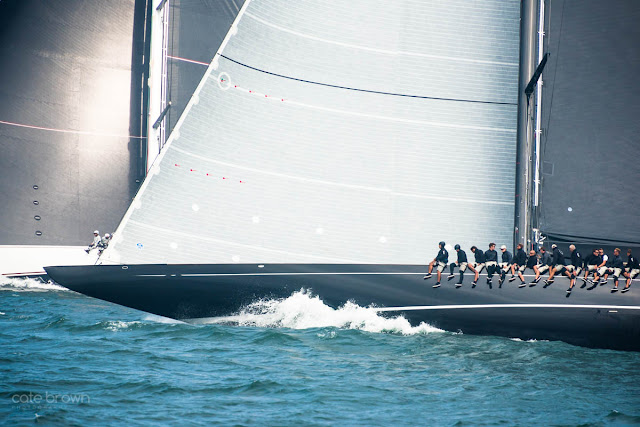 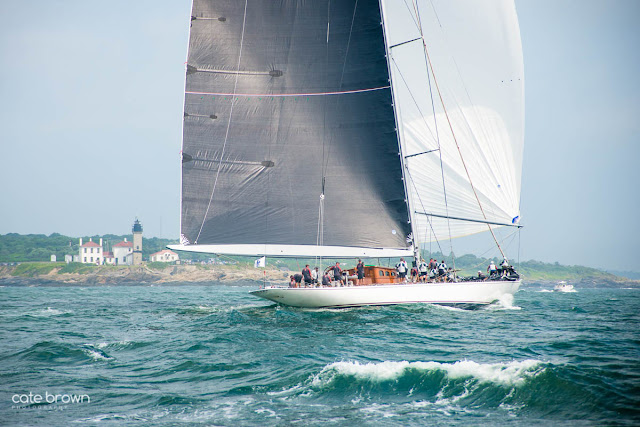 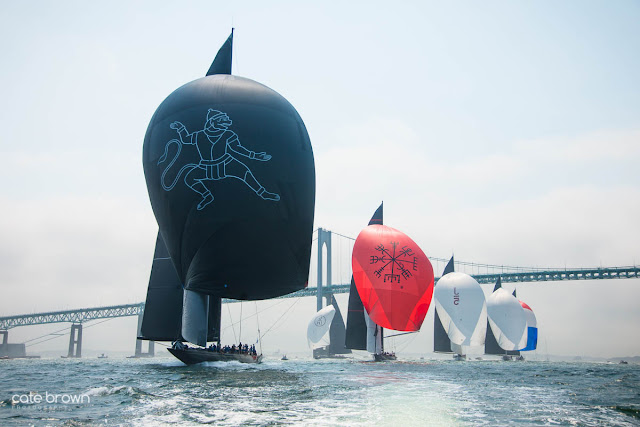 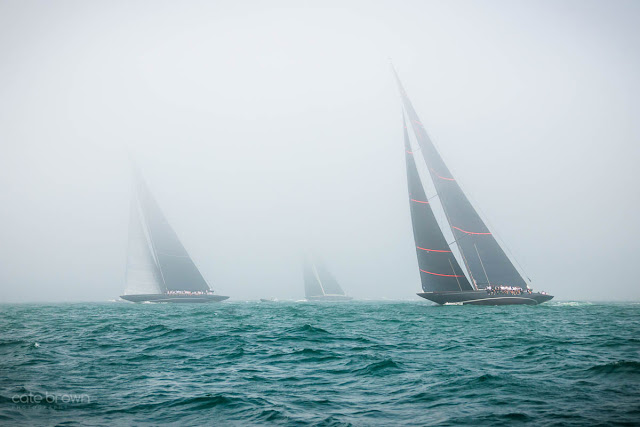 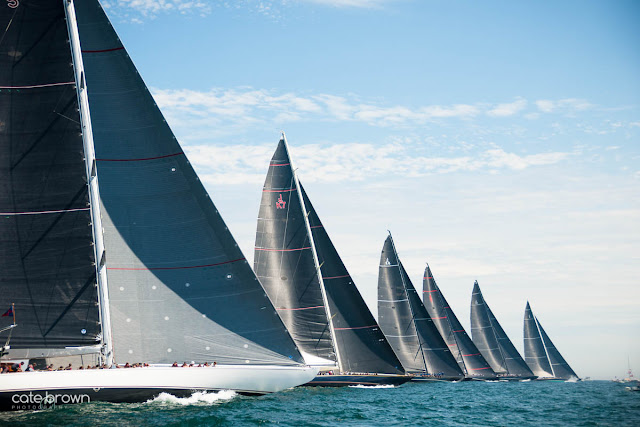 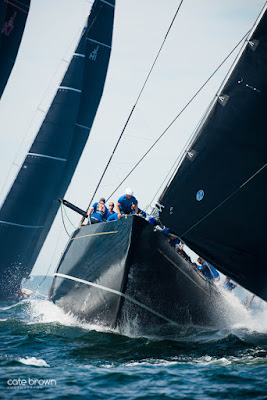 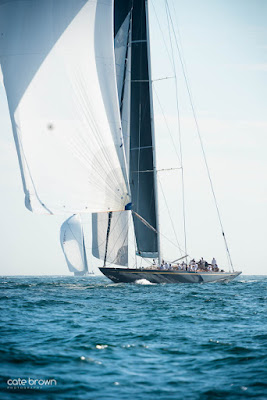 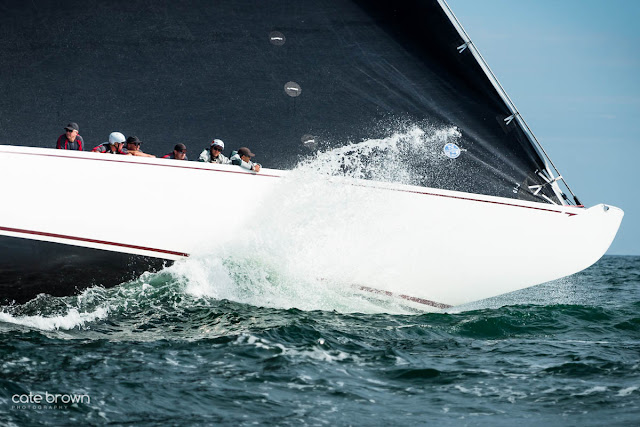 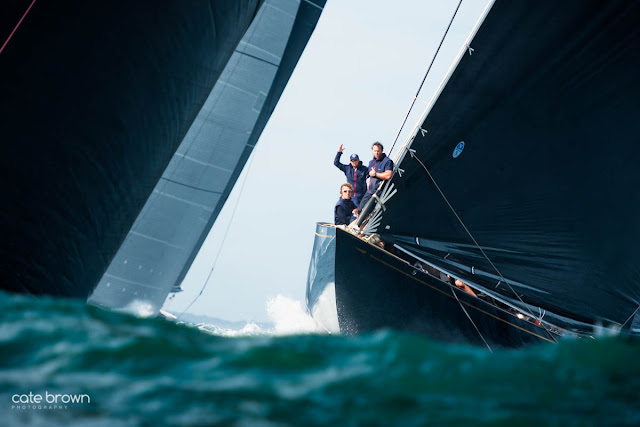 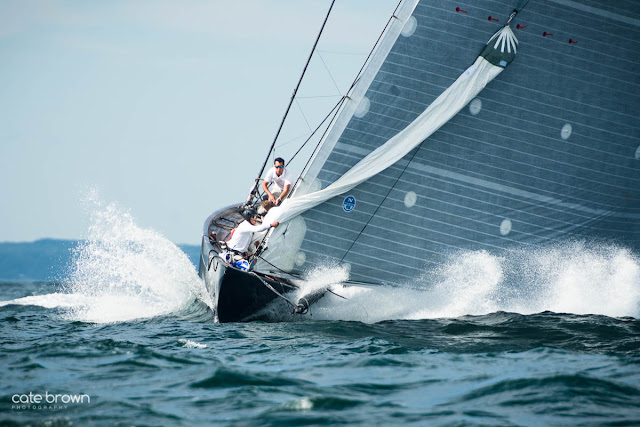 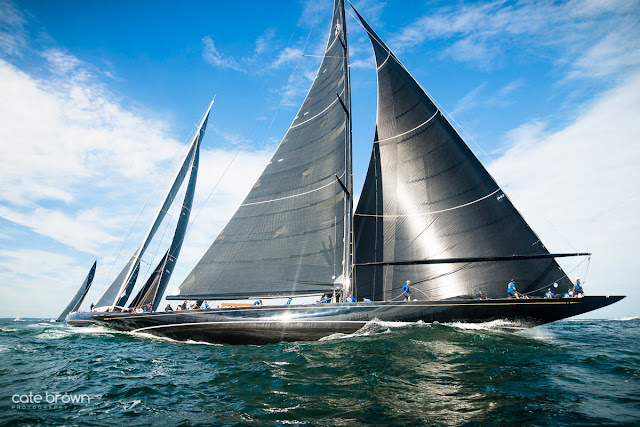 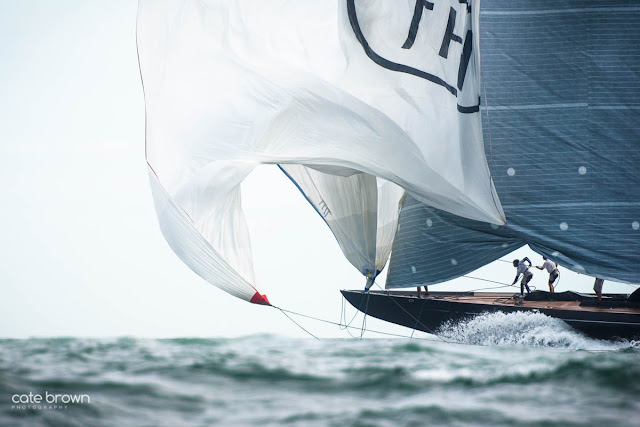