Marsh Restoration with Save the Bay

Winter might seem like the opposite of a busy season, but for some it's the peak for activity.  This is true for any farmer, grower, or other dirt digger who rests during the summer growing season and goes all-in during the winter and spring.  I had the opportunity to join Save the Bay once again during their marsh restoration, this time down in Weekapaug where they were helping restore water drainage to a migrating marsh.

It was a cold December day, but as soon as everyone put on their work boots and climbed into the muck, the sun kept us warm enough to keep working.  An excavator was clearing out all the gunk that had accumulated in several drainage ditches, and dug a few new trenches as well.  This drainage is key to keeping the wetland healthy, allowing tidal salt water to drain out every twelve hours.

I soon learned this was more than just about drainage, but also helping a marsh fight sea level rise.  Signs of sea level rise are all around, if you just know what to look for.  In the marsh these signs seem subtle, until the salt marsh sinks and dies away and our shorelines are left unprotected.  Save the Bay tells us how in the past 300 years, 53% of the Bay’s salt marshes have been destroyed, and the remaining marshes that have not been damaged by human activity are increasingly vulnerable to rapid sea level rise.  Plants that typically sit further inland are now at the tide lines. These upland marsh plants are quickly overgrown by the lowland salt water plants as they move inland with the tides.  With every high tide, a layer of salt water moves in on top of the fresh water that sits in the marsh.  The shallow standing water not only suffocates the upland freshwater plants, but also becomes ideal breeding grounds for saltwater mosquito species.  To help alleviate these issues, drainage is key.  With proper drainage, the salt water can flow out with the tide.  The freshwater plants are stopped at the tide lines and encouraged to move inland on their own, if they have the space.

Salt marshes are an important habitat for so many varieties of plant and wildlife.  They filter sediment, heavy metals and toxins from water runoff, and help protect our coast from storm surge.  Save the Bay's work in key areas such as this are often overlooked, but it's their continued environmentalism that keeps Rhode Island such a beautiful place to live.

See all the shots from this outing in Recent Work 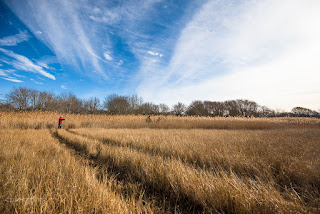 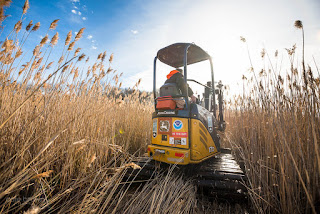 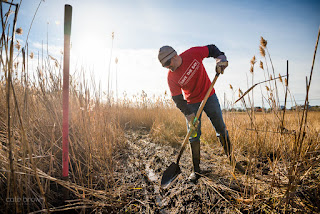 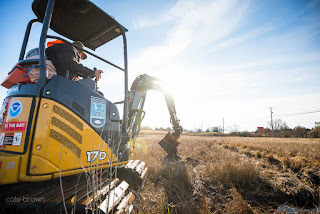 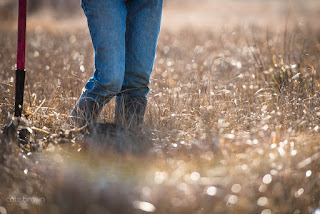