One Night on a Cabo Pulmo Beach

Day 10:  Los Frailes
After an overwhelmingly delicious and outstanding pollo en mole dinner at Nancy's Restaurant in Cabo Pulmo and one last night at the Casita, we checked out of Cremin's Hill Top House around noontime.  Bags were packed, hard boiled eggs had been made, a last round of showers had been taken, and we were driving south through Cabo Pulmo one last time.
Just beyond the turn for Playa Arbolito and on the other side of the point lays the crescent bay of Bahía Los Failes and the southern boundary of the National Park.  This beach, which we briefly visited the previous day, is long and complete with an RV park, abandoned palapas, and fishing at the southern end.  We parked the car and set up camp for a final beach day in Cabo Pulmo before returning home.  It was rather bittersweet but we spent the whole afternoon relaxing.  We explored rocks at the north end of the bay.  Lyle went for a dip in the water.  We had lunch with our German friends Lars & Maggie at their shady palapa, and took an afternoon siesta.  The weather was warm and perfect.  We couldn't have asked for more!
I did some yoga.  The boys went fishing for dinner.  Maggie prepared some other food and I went shooting for sunset at the north end of the bay.  More light clouds rolling in for dusk... it was beautiful.
Lyle and Lars didn't have any luck catching fish and it was getting dark quickly, so it was time for plan b!  An old oven had been left behind at a palapa.  Making fire in the sands was illegal here in order to protect nesting turtle eggs, so the oven offered a great alternative platform.  We put together a canned tuna, cucumber, tomato, onion, rice and bean salad which we ate with tostadas.  It was actually quite delicious!  Not bad for a bunch of beach bums.
It was a quiet evening to a perfectly quiet day.  We slept soundly and woke up in the morning to head down the East Cape Road.  Sadly, Lars was out fishing when we left but we had a chance to say goodbye to Maggie and get a group picture before departing.
Cabo Pulmo will certainly be the first place we visit on a return trip, not the last.
More photos at www.catebrownphoto.com 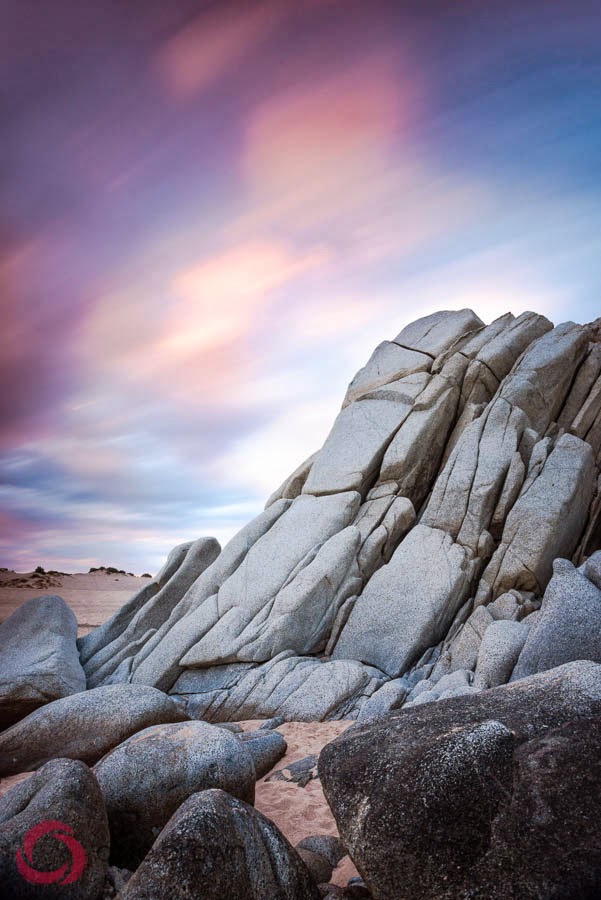 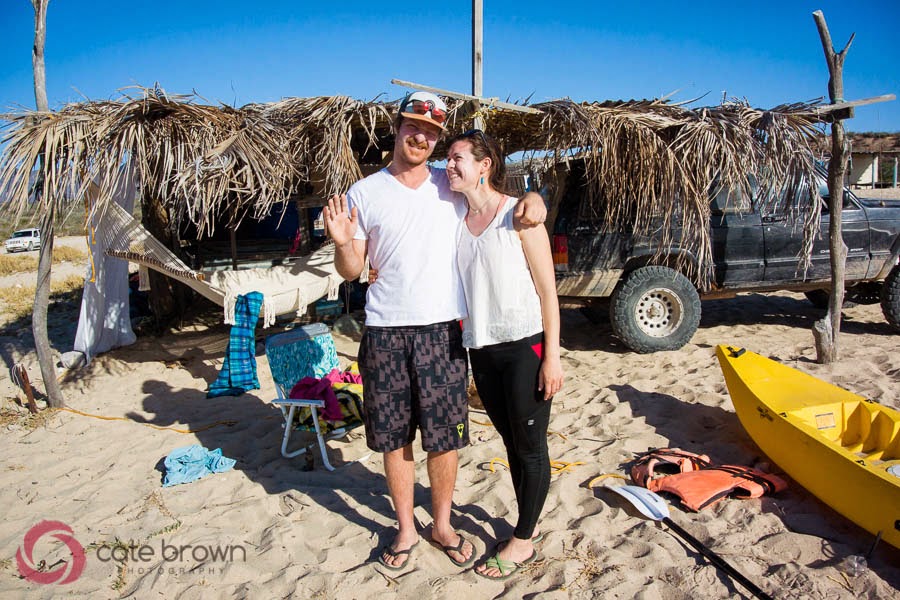 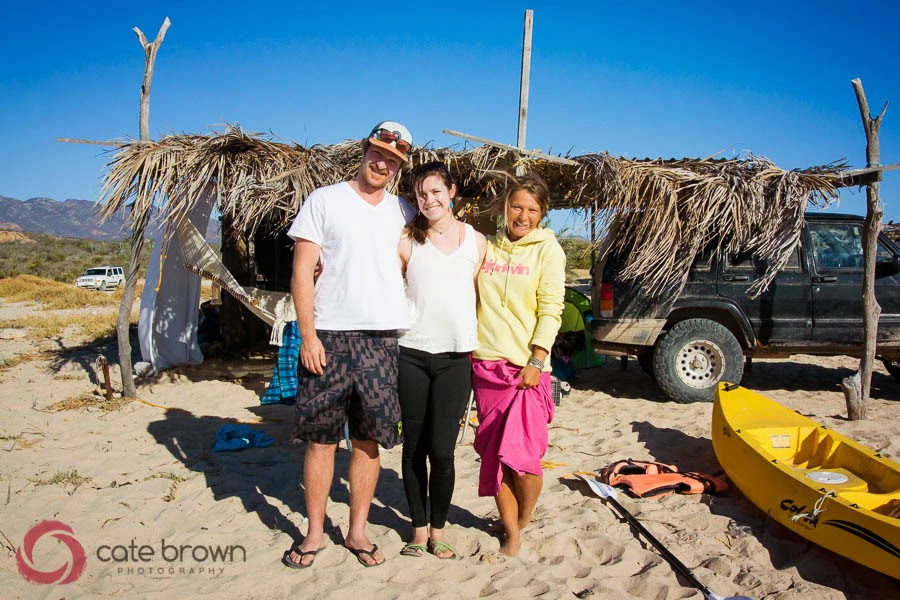