Well I learned a new term this January, "Polar Vortex."  That's right, a vortex of circulating polar air that sat right on top of most of North American for over a week.  It was cold.  It was windy.  It snowed.  Did I mention it was cold?  While I mostly tried to keep all of my appendages in working order, I did manage to go outside a couple of times to photograph.  No, I did not make it out as many times as I would have liked but when it's -10° with windchill of -20° or thereabouts, it was admittedly a little hard to get motivated.
The first two images are from a walk at Black Point in Scarborough, where I set up the tripod and took some shots.  Luckily I was below a ridge of land so the frigid westerly winds couldn't reach me.  I managed to stay outside for about an hour.
White balancing snow is probably one of the hardest things to do ever.  And while this first frame of snow sitting in shade is pretty accurate, once I put that really dark B+W #110 Neutral Density Filter on for a long exposure, all hell broke loose.  I opted to go for the shade white balance preset and let the long exposure+filter do it's thing.  When I white balanced the frame on the computer to make the snow neutral it just wasn't the same experience.  So yes, the snow is purple, but that's essentially how the camera captured it, believe it or not! 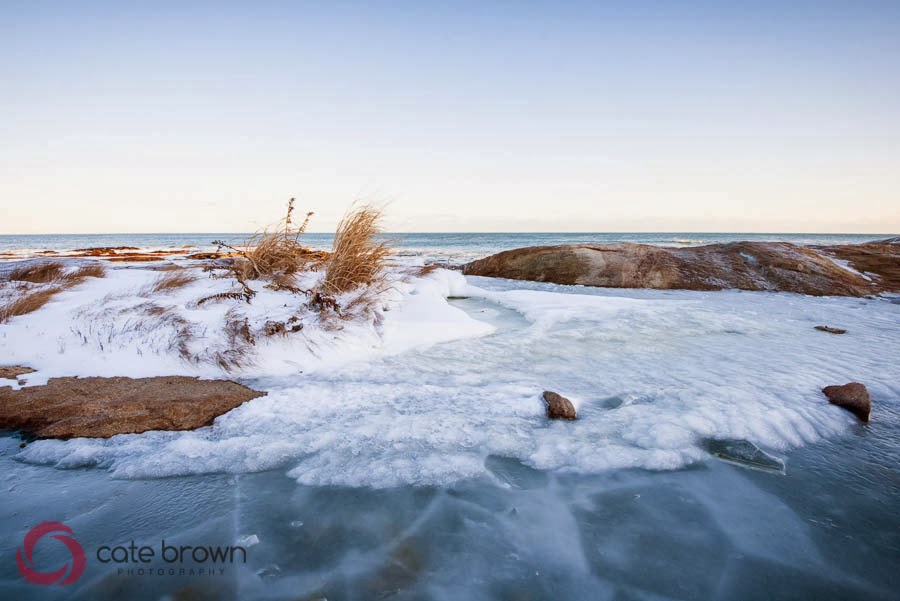 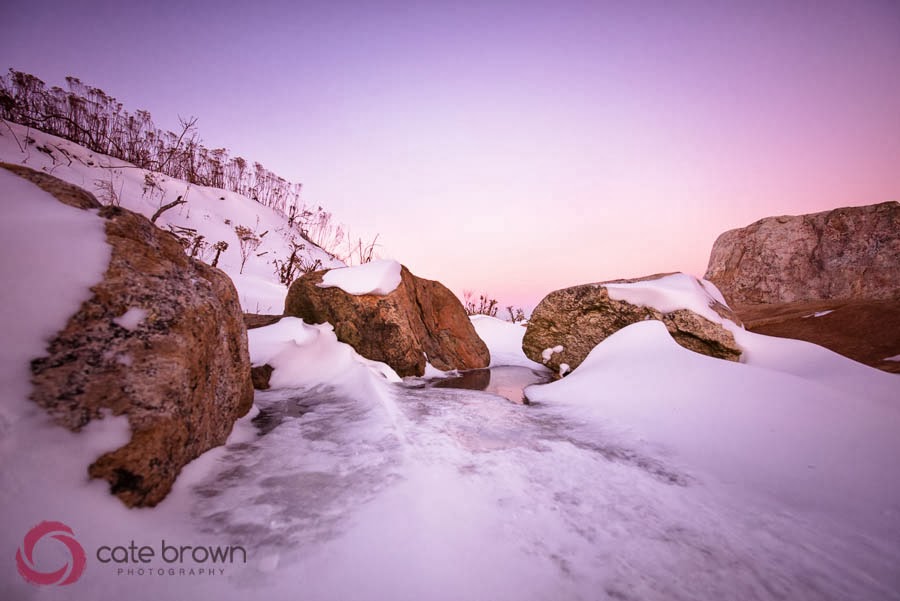 Below are some shots from my new Nikon AW1!  And while I had high hopes I had to come back to reality and remind myself I really only have a glorified point-and-shoot that has "RAW" capabilities.  The image chip is not nearly as big as my DSLR.  The color noise gives me a headache even at ISO 400 and the image quality is just not the same as my D700 or D600.  I know all this but it was still a great option for a smaller, compact camera with better-than-other-point-and-shoot image quality that I can carry with me much more easily than a DSLR and whole backpack of lenses.  And it is entirely waterproof which I am eager to play with until I can afford a water housing for a DSLR!  I'll have more images from this new camera but here are some of the icy conditions that we saw at the beginning of the New Year!
However, I do hope that Nikon comes out with some better lenses soon!  I went with the zoom lens since the 10mm prime kit was not available in silver when I purchased and this lens simply does not do what I want.  I was just walking around with it and it wasn't as wide as I wanted and it didn't zoom as far as I wanted.  And with it's shallowest depth of field only at 3.5 at the wide end it just wasn't as fast as I wanted either.  It will hold me over for now but Nikon, if you're listening, please get more lens options for this camera ASAP! 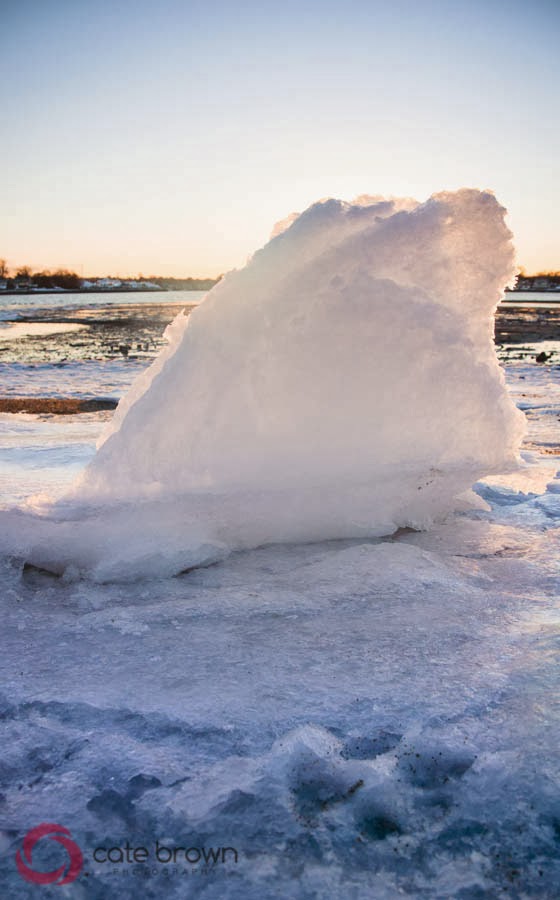 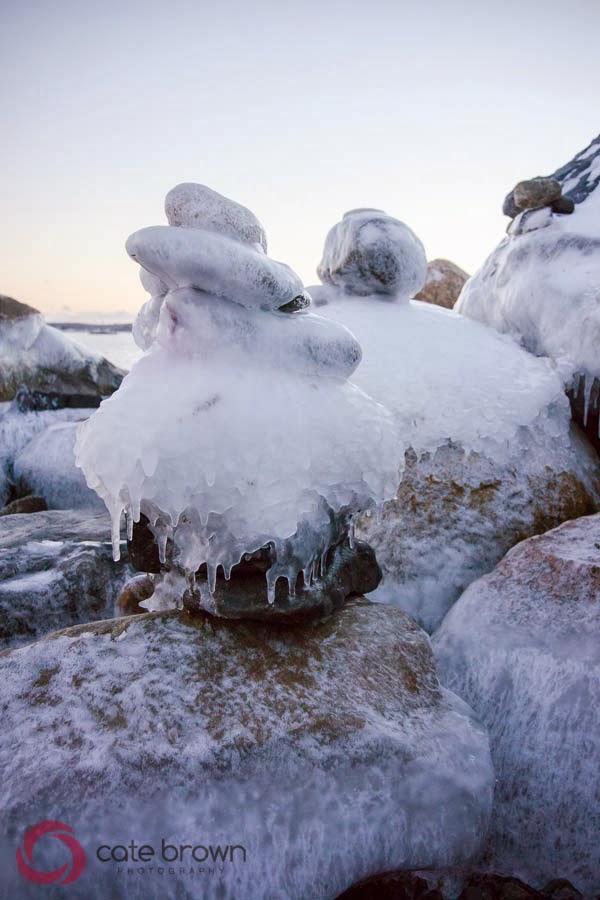 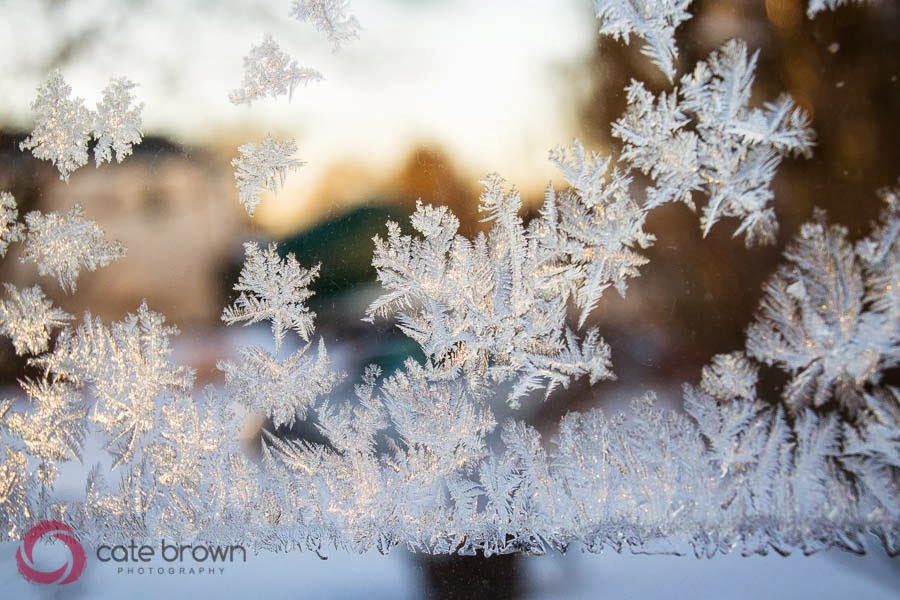