It rained a lot over night.  Probably more than 1".  When we checked the weather report, the winds had peaked at 50mph gusts, and we were so glad we didn't drown in our tent overnight.  We were in the hotel in Fortuna, just outside Eureka, and while the forecast was for more rain and wind, there were breaks in the storm as it moved in bands up the coast.  We took the opportunity to drive about half an hour north to explore Trinidad. 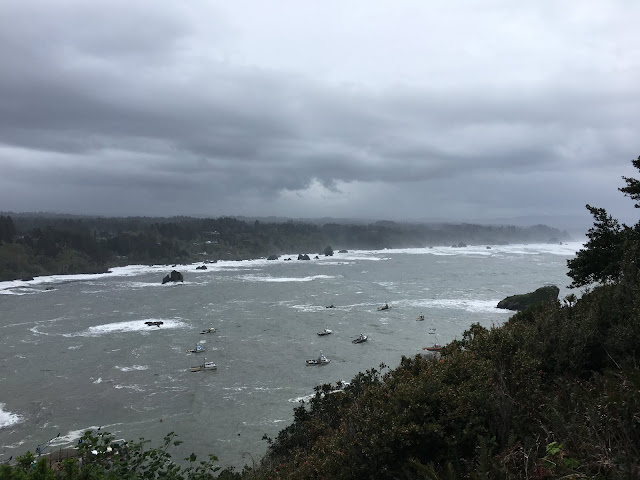 Trinidad was a cozy little town nestled on the side of a hill, with a small harbor below full of fishing boats bucking in the wind and waves.  One side of the harbor is protected from a prominent rocky hill, with Trinidad Lighthouse facing the open ocean.  We hiked up the hill under cover of gray clouds and strong winds, reaching the top for a great 360° view of the coast.  It really wasn't much of a lighthouse trail since the light was buried in brush off the path, but it was a nice morning hike.  We walked back down and drove just around the corner to our next stop. 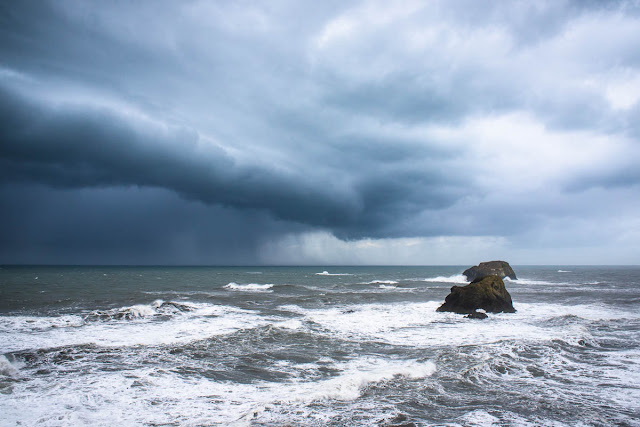 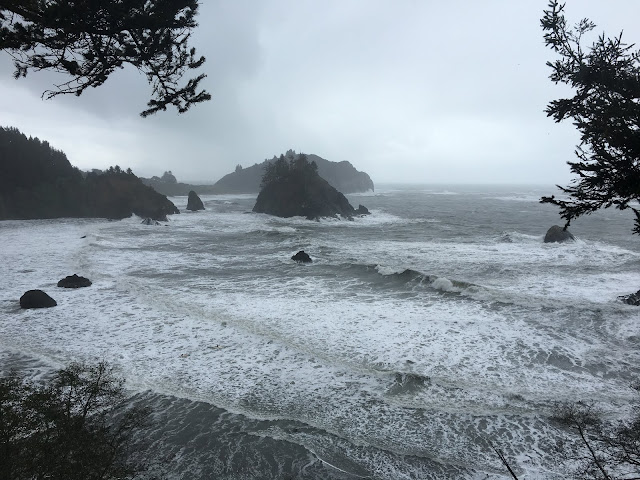 The tide was high, so we were unable to actually make it to the waterline at the beach or cove, but the hike took us through the trees and out to the point where we could see the wind and waves from atop the bluff.  The rest of the trail takes you down off the bluff and along the water, and would have been a great hike in good weather and at low tide.  A squall line was moving in fast, so we couldn't stay for long, and began our walk back under cover of trees.  A few surfers were fighting the white water in college cove, and we reached the car just as the rain started to really fall. 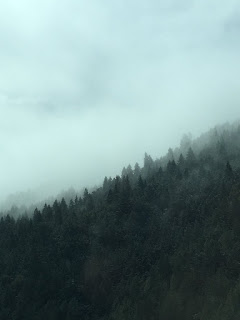 It was just after lunch time, and we drove back through Eureka to the hotel in Fortuna.  While a little rain would not have bothered us, it was really the downpours of rain in combination with heavy winds that kept us from exploring more trails that day.  We took the time to rest up in the hotel, enjoy the local brewery for dinner, and plan our next moves.

The following day we checked out of the hotel, and made our way back through the mountains.  There was a dense fog as we drove through snowcapped peaks, and arrived around noontime at Hendy State Park.  This little park features a grove of redwoods and a wide open field of tall grass.  The sun was starting to break through the clouds and I suddenly realized why California was called the "Sunshine State"! 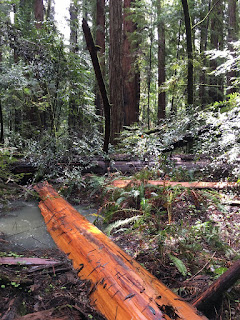 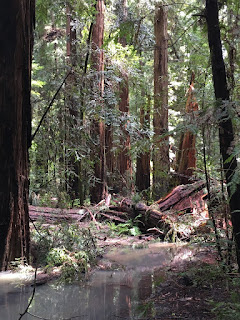 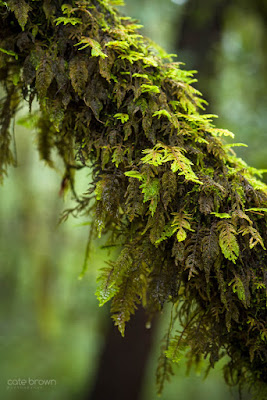 Hendy was a short visit.  We were hoping to camp here for our last night on the road, but they experienced several inches of rain and multiple tree falls from the storms.  We walked the trail and saw some of the biggest storm damage of the whole week, some of which might have been from winter, but some seemed much more recent.  Several parts of the trail were flooded, but once we came back out from under the trees we enjoyed the sunlight before climbing back in the car. We were now on the hunt for a campground for the night, and started working our way further south.

As we pasted a closed MacKerricher State Park, we came across Gualala Regional Park, divided by a highway with a wooded area to the east and beach access to the west.  We stopped in and found plenty of available campsites for the night, selecting a nice dry private one in the corner of the park for ourselves.  We set up camp and took a hike. 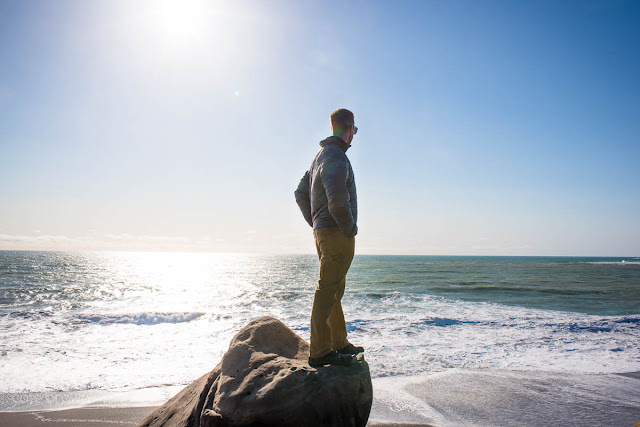 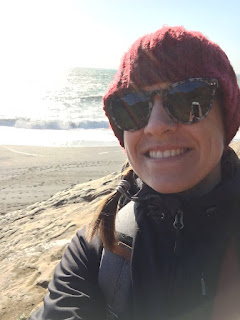 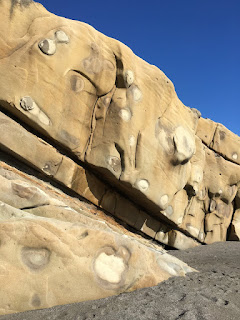 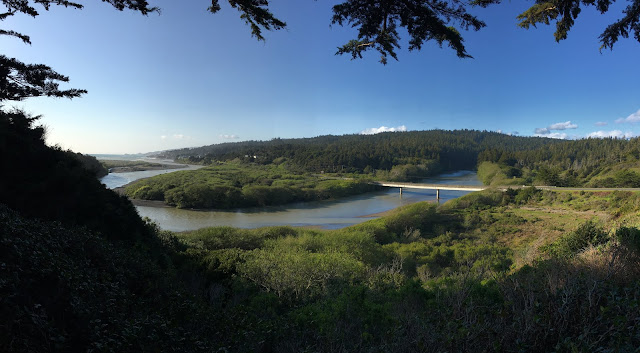 The trail starts from the campgrounds, follows the river, cuts under the highway and through a marsh, before climbing a small hill and reach the beach.  It was cool and still rather windy, but we had a lot of fun exploring the unique sandstone formations.

We lit a campfire and enjoyed the last of our grilled chicken and salsa for dinner, over a warm camp stove.  Despite the setbacks, it was a day well spent!