Day 8 - Day trip to Santiago
We woke up with the sun, which we were finding usual and refreshing in this region of the world.  Everyone got up early and everyone felt good about it.  We left San Pedrito by 8am facing a 2 hour drive across the cape.  We were finally able to put Todos Santos behind us and get to the beauty and seclusion of the East Cape!
After driving about an hour towards La Paz, we turned south from Highway 19 to Highway 1.  The road dropped lanes and began weaving through the mountains and foothills of Sierra de la Laguna.  It made for a much more exciting drive than if we had back-tracked around the point to get to Cabo Pulmo.  There were a few cute mountain towns along the way that might make for a nice day trip for future visits:  El Triunfo with el Museo de la Musica, San Antonio nestled in a valley, and San Bartolo which greeted us with a large steer in the road.  We finally caught sight of the ocean and stopped at Los Barriles for gas before continuing south on Highway 1 for our day trip to Santiago.
We arrived in this small agricultural town at 10:30am, nestled on a small hill with a quaint town square.  We were looking to visit a few ecotourism locations just nearby but only had time for two of the four spots.  Our first choice was to visit Sol de Mayo Ranch and El Chorro waterfall in Cañon del Zorra.  Following signs down several kilometers of dirt road, we arrived at Rancho Ecologico Sol de Mayo.  We were greeted by a shady secluded ranch, a few dogs, a garden and a cute restaurant, not to mention some very nice hosts.  We were the only visitors and took a peaceful short hike into the hills to El Chorro waterfall and swimming hole. 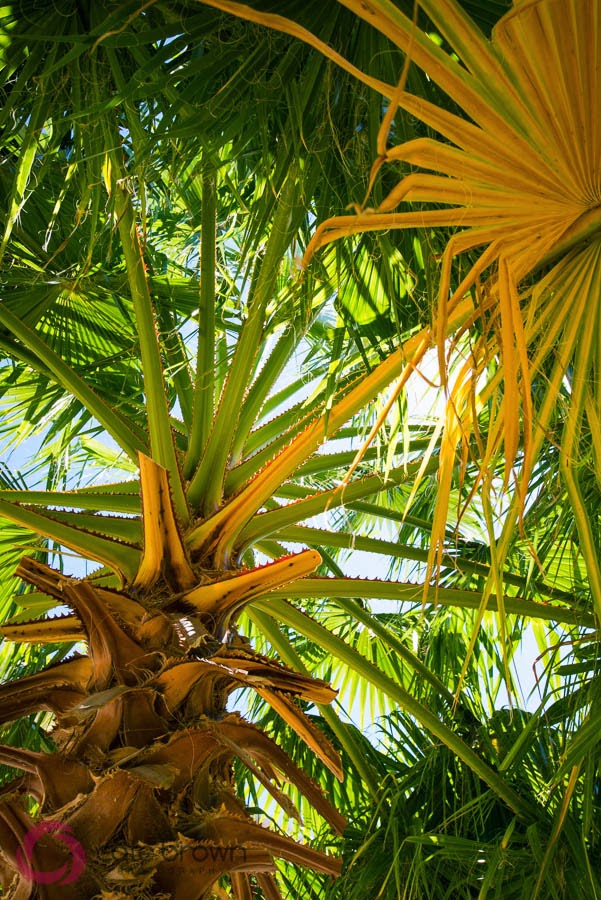 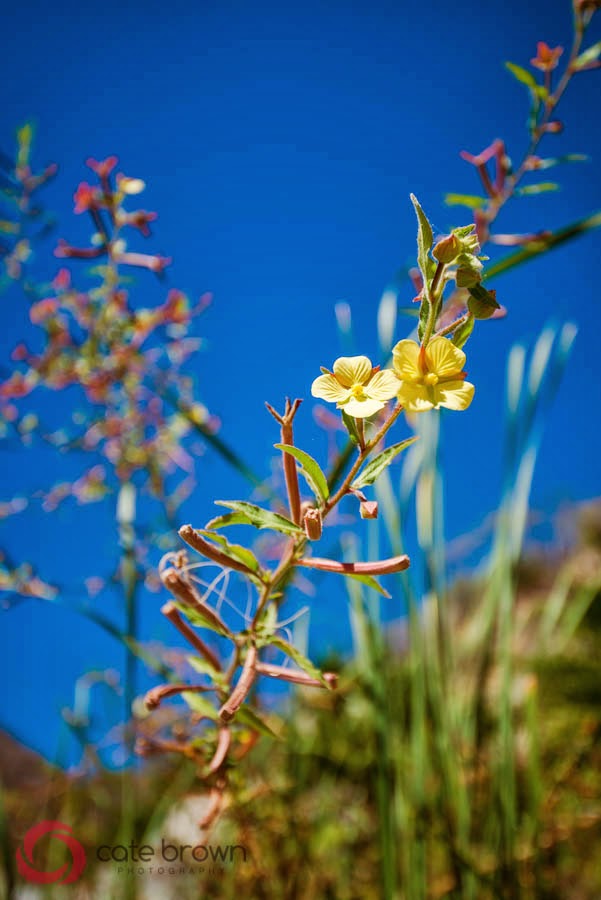 The water was fresh and cool, a perfect compliment to the hot noonday sun.  We jumped in and swam for a bit, with only a few ducks and fish for company.  It was absolutely wonderful, and we were instantly satisfied by our day trip efforts which I had only planned a few days before our departure.  But we had other spots to visit, so we took the hike back up the trail to the restaurant for lunch.  It was a little pricey compared to some of our other Mexican meals but the chips and guac plus fresh cold lemonade was a nice greeting after a hike (even if it was an easy one). 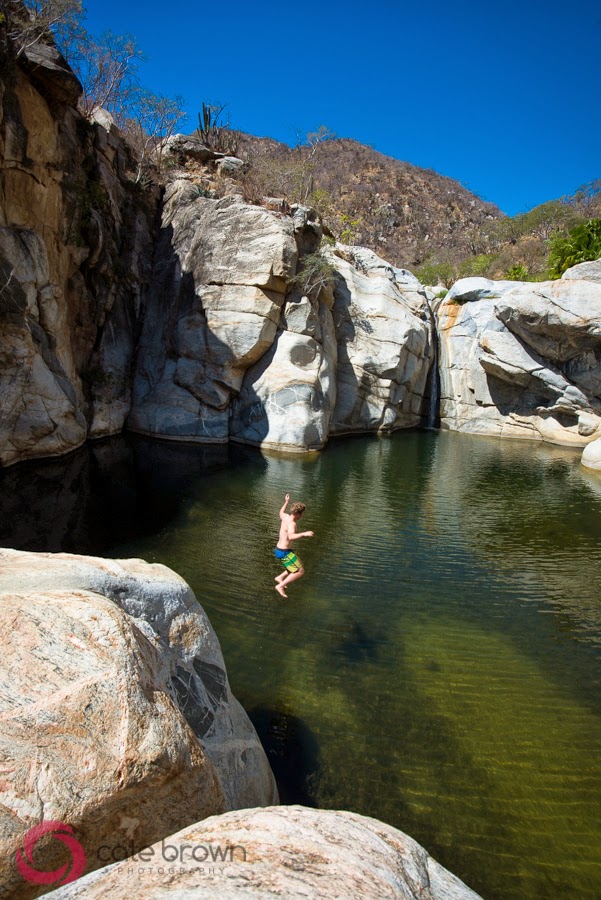 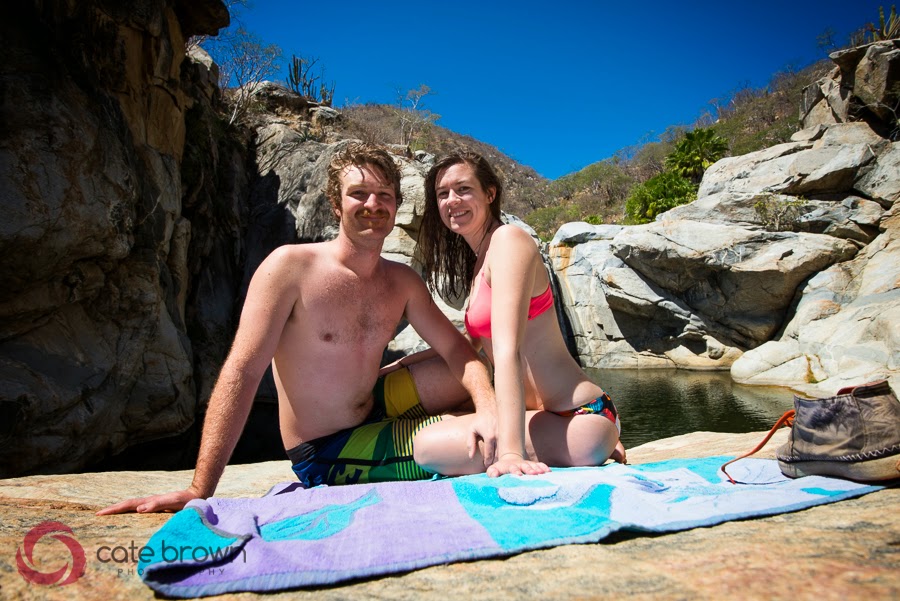 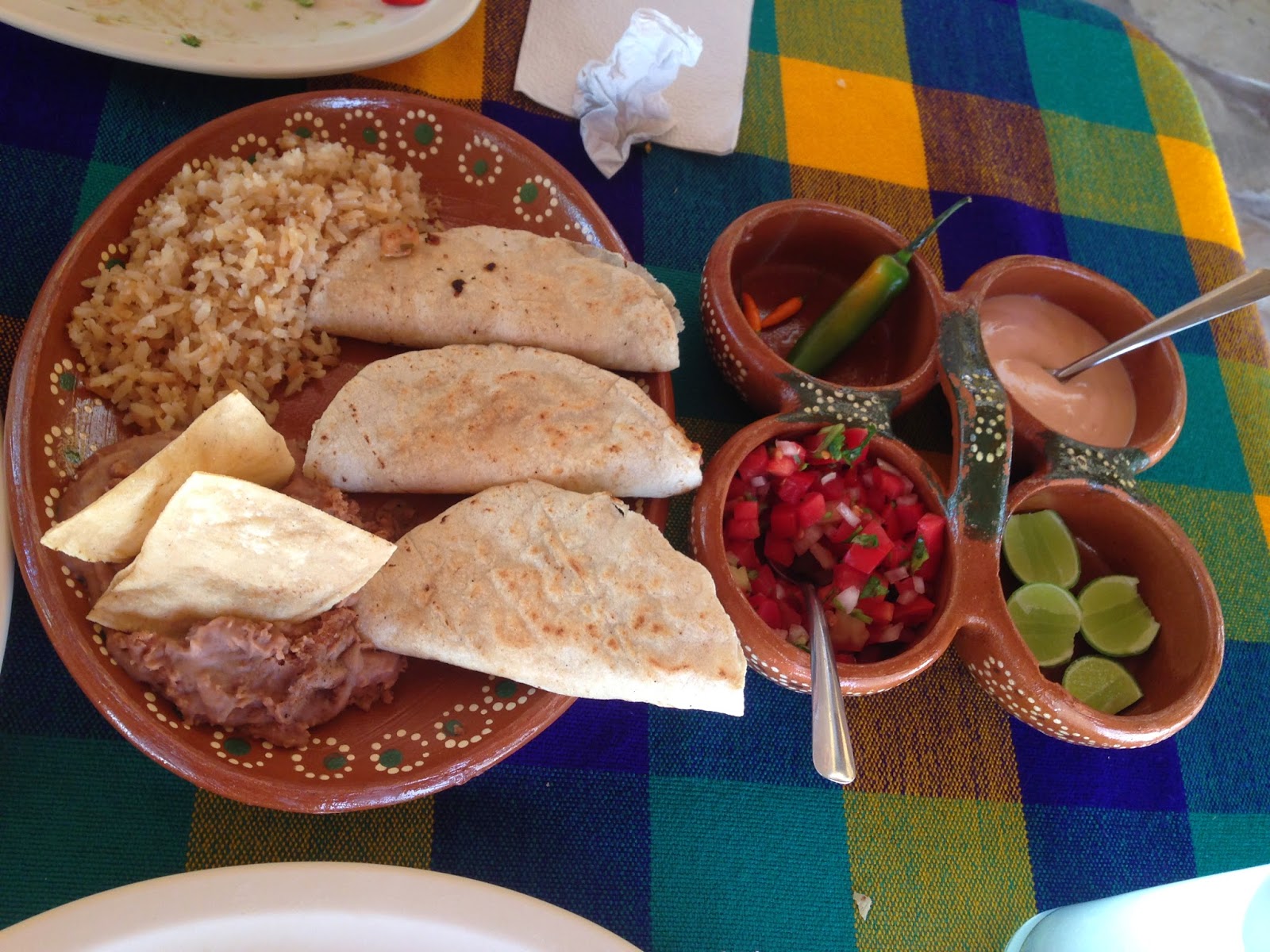 It was about 1pm when we departed for the Santa Rita hot springs in the nearby town, Agua Caliente.  I won't write much here because there wasn't much there.  A drive back to Santiago, a different dirt road several kilometers long to Agua Caliente, a few pesos to go up the trail to the hot springs, and at the end of it all we didn't find much to behold.  The pool had been damned up and looked like a manmade reservoir more than natural hot springs.  We were tired from our earlier hike and a few wrong turns to get to Agua Caliente so a second swim in the water didn't seem too appealing.  We were told further up the stream there were even better hot springs than the one small trickle coming out the side of the mountain by the dam, but our ten minute hike up the stream and across fields of boulders yielded no results.  Perhaps it was the time of year and most of the hot springs were a bit dried up, but we headed back to the car, disappointed, and left for Cabo Pulmo by 2:30pm.
I'll introduce you to Cabo Pulmo in my next post.  All I have to say for now is it was our absolute favorite location of the whole trip!  If we ever make it back to Baja, it will surely be one of the first locations for us to visit.
More photos at www.catebrownphoto.com