I've had a new project lately, bringing motion blurs and slow shutter work to the air with my drone photography.  All it took was a few darker Neutral Density filters and I'm already thrilled my first few flights of this experimentation!

My drone works with a GoPro camera, so I don't really have the manual controls that other platforms might be equipped with.  Understanding how to manipulate the camera with its limited capacity is a necessity.

On my first experimental flight it was an hour before sunset, with golden light raking across the tops of the waves.  I found a bit of rocky shoreline with plenty of moving water to play with, put on an ND32 (very dark ND filter), and limited my camera's ISO to 100.  This way, with the GoPro being a fixed focal length, it would force the camera to compensate for the dark filter with longer exposures.  I wouldn't know how long of an exposure I would get until I got back to the computer, and I knew I was shooting brilliant white sun-reflecting-whitewash water, but it was worth a try.  The more water moving, the better my chances of blurring that motion, so I focused on spots with high action and rolling waves.  Upon review, it was mission accomplished!  My shutter speeds were at about 1/10th–1/30th of a second, the perfect speeds for a bit of blurred water.  I found the abstractions were most effective when I had both still water and blurred moving water in the frame, otherwise there could be too much blur and the effect was lost or looked unintentional.

My second flight I forgot to limit my ISO.  It was just before a sunrise, so the ambient light was darker than my first flight.  The camera automatically boosted the ISO to 400–600 to compensate for the dark filter and lower light levels, but my shutter speeds still turned out around 1/10th–1/30th of a second.  I was hoping to see what a slightly longer exposure would look like, but despite my error the results were still beautiful!  There photos were grainier than before but there was enough motion in the water to show the right amount of motion blur.

It's been fun to combine multiple aspects of my existing portfolio –– abstraction with motion blur, plus aerial drone work –– into one set of images, and I can't wait to play with this technique even more!

See more under Recent Work or the Aerial Gallery 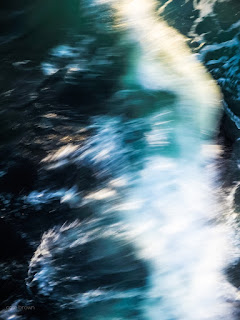 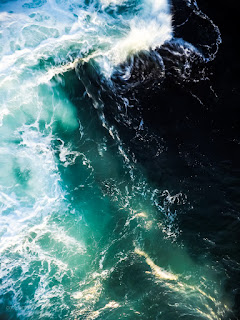 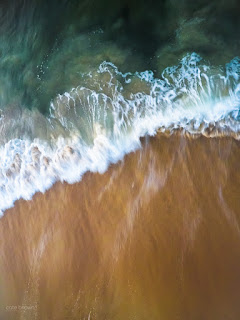 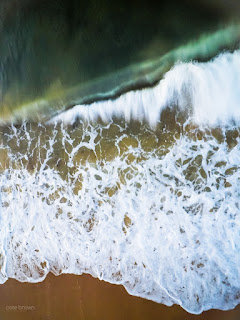 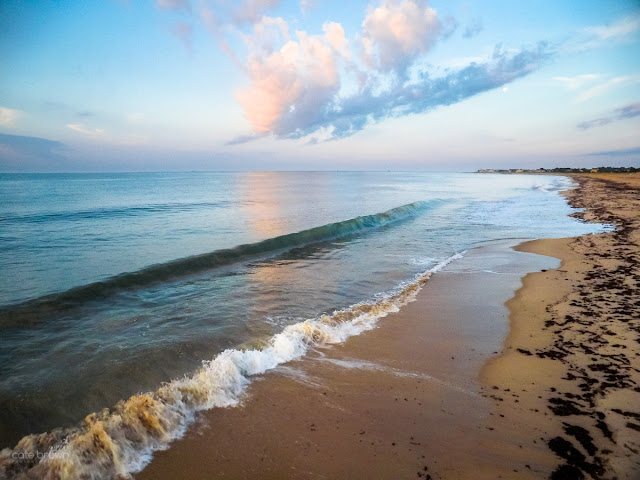