My DJI Mavic Pro 2 arrived way earlier than expected.  No sooner was it announced and I pre-ordered it on Adorama, and it was at my door within the week!  I had been holding off getting a second bird for some time now, just waiting for the Mavic 2 to be announced.  The portability factor was something I desperately wanted, but I figured the second generation would have better image quality and would be worth the wait.  And it certainly was!

This new DJI is a foldable aerial quadcopter, packing down to about the size of my Yeti tumbler!  It's small and portable, with updated propellors adding for longer and quieter flights than the first generation, plus more sensors all over for obstacle sensing and avoidance, and most importantly, updated optics.  The Mavic 2 comes in both the Pro model equipped with a 1-inch Hasselblad sensor, or the Zoom version allowing for telephoto shots from the sky.  (Compare all the stats here)

While this isn't quite like taking my Nikon D850 DSLR up into the sky, it sure feels like a step up from my first platform which utilizes my GoPro Hero 4 Black.  I took this portable little unit for its first spin at sunset down at Point Judith.  At first glance, the photos might not look like much in comparison to my existing aerial portfolio, but even after one flight, I was so excited about shooting more with this drone!

First off, I was able to shoot in RAW, which allowed me new levels of dynamic range and editing capabilities back at the computer.  I was preparing myself to bracket frames and HDR for the sunset shots but ended up requiring neither once I got to post-processing.  I was astounded, all the information was just there... ready for tweaks in color and toning.  The color was accurate, and I was able to shoot into the sun and retain information.

Secondly, the resolution was quite a step up.  This 20 megapixels 1" sensor as compared to my previous 12 megapixel CMOS sensor allows for detail and CROPPING that I previously would forego.  There are just more pixels, more data, more more more to work with.

On my first flight, there was a good 10kt sea breeze still hanging around down at Point Judith.  I was expecting my battery to start to dwindle and have to fly back home by 25%, but the minutes just continued to tick by, and before I knew it I had been flying for a solid 30 minutes.  For anyone coming from drone photography, every minute really counts, and this felt like an eternity of flight time compared to my previous experience.

Anyway, here are the first shots, and more to come for sure!  My first impressions of the DJI Mavic 2 Pro were stellar.  I can only wait to see what other people capture with it! 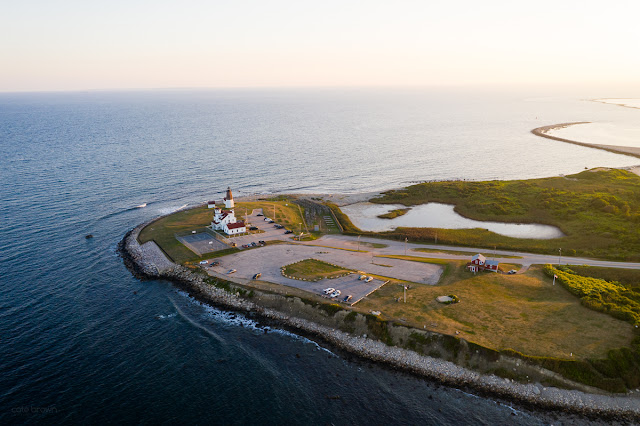 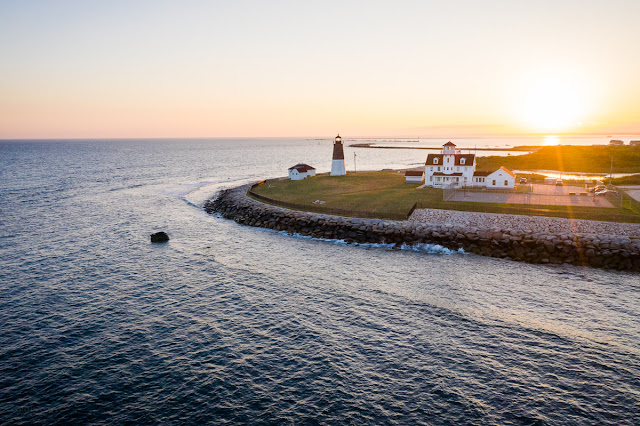 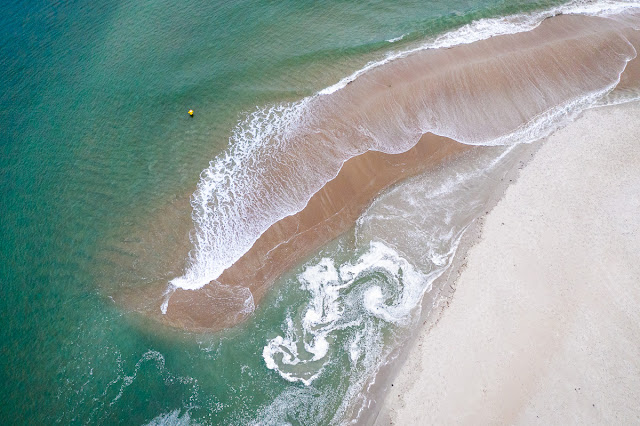 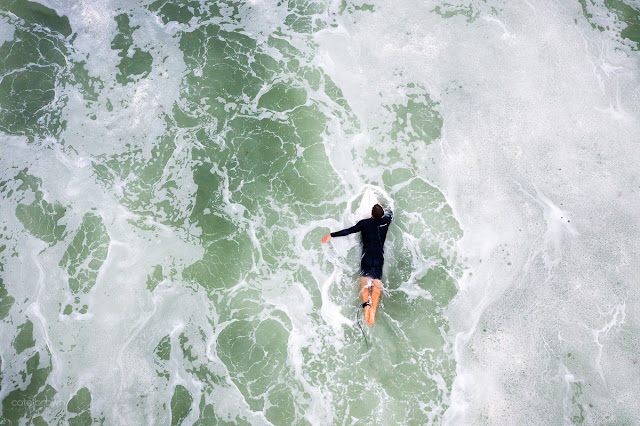