It's been about a year.  A year of watching the news, reading the forums, and shopping for the right flight system for me.  The availability of new aerial photography platforms has skyrocketed with new drone technology, and I started daydreaming of aerial views of coastal locations and aerial landscapes of some of my favorite landmarks.  I read all about the new FAA regulations.  I watched webinars specifically focused on aerial photography for professionals.  As the photos from other pros started pouring in I decided yes, I was going to take a swing at aerial photography!
Drones have made it possible to get aerial views without the need to rent a helicopter for every outing.  And while I wasn't about to purchase an big platform or anything that could carry my heavy DSLR, smaller drone systems could still get acceptable quality shots for a much lower price tag.  I shopped around for a while and asked a few other photographers about their systems.  While I kept my eye on several brands over the year, it all seemed to fall into place when I learned about a new system built by 3DRobotics.  I finally took the plunge just after Christmas and got myself a 3DR Solo!
Ok, so why did I pick this drone?
It was competitively priced with the popular DJI Phantom models, but one of the more important aspects for me was the camera it uses is a GoPro.  This camera can be detached and used separately from the aerial system, giving me two methods of shooting for the price of one.  Part of 3DRs mission is to provide a drone that can be continually upgraded and modified over the years without the need to purchase an entirely new system every time a new piece of hardware or better camera is released.
The Solo also comes with preprogrammed flight patterns to help with the multitasking of flying and shooting at the same time.  While I'm focusing on the aerial still photographs right now, these Solo "Smart Shots" open whole new opportunities for easy capture of aerial videography and just help make an overall more accessible drone experience for those of us just getting into it.  Two computers (one in the drone plus one in the controller) help keep the Solo safer from computer crashes.  An open source LINUX system means more programs and flight patterns can be released over time.  An easy to use phone app allows for easy updating of software, tutorials and even flight-practice right there on my phone.  It alerts me to when the battery is low and will return home automatically if it needs to.  And also, very importantly, the app allows for camera control inflight from the ground so I can make changes to the camera settings right from the controller while the drone is in the air!
These were all big pluses for me so I went out got myself a 3DR Solo.  I purchased the best GoPro on the market, the Hero4 Black, swapped out the standard camera mount for a 3-axis gimbal for stabilization (in all but 5 minutes), and took to the skies!  (Well, after a couple more webinars, short tutorial videos, and some deep breathing...) 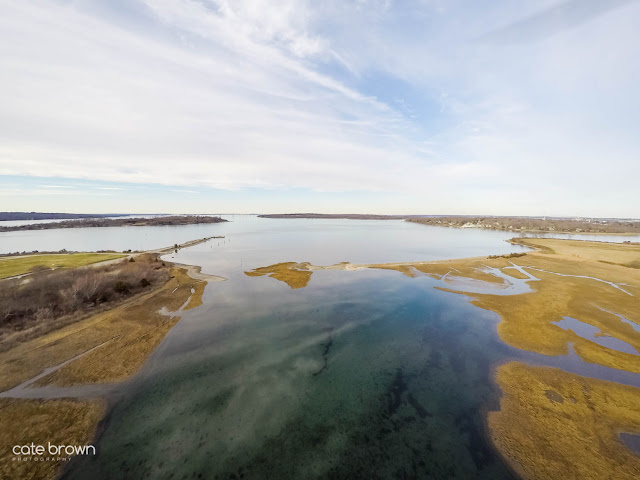 So here are my first few flight notes.  While my parents' house has a well sized open backyard of about a half acre, it still wasn't enough open space for some low altitude practice.  If you're going to get into this, find the biggest open space you can find!  Wooded areas are not ideal and certainly made for some nervous moments while I was getting used to the controls.  Once I went to some more open fields void of any obstacles or people or things, I felt much better.

Having a second person there as a dedicated spotter is not only highly recommended for safety, but it was a big confidence booster while I practiced.  While I am constantly looking back and forth from the drone to the app, settings, and composition of my shots, the spotter's job is just to keep their eyes in the sky.  They can watch the drone, look for surrounding obstacles, help corroborate distance and depth perception, and look for any other obstacles that may be approaching.

Although my drone is rated for 55mph speeds (47 knots) I didn't fly it in any more than 10mph of breeze for the first few tries.  My control speeds were set as low as possible and I would communicate my flight plans before take off, and any flight changes while in the air.  Not only did this help my spotter know the plan but it helped me think out loud about the changes I would be making with the controls.

Anyway, so far so good!  I'll be taking more as the weeks go on so check back for more! 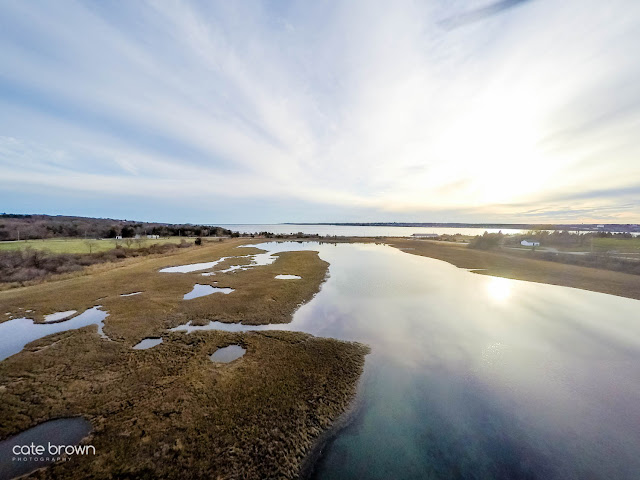 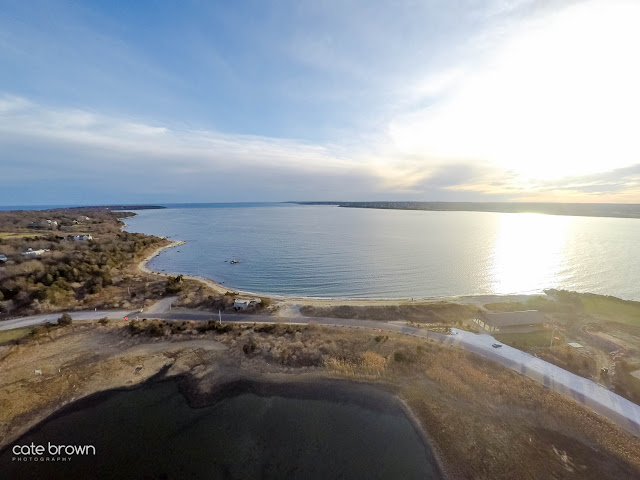