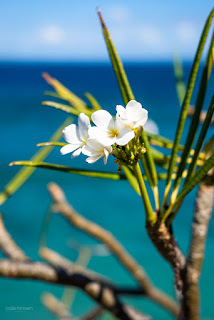 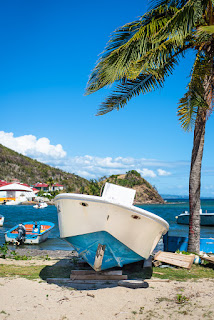 Day 3 – Adventure Ashore, Les des Saintes
We awoke in a breezy anchorage, nestled between the islands Terre-de-Haut and Îlet à Cabrit in the Les des Saintes island grouping in southwest Guadeloupe.  The breeze was already picking up, but it was beautiful and sunny, soon reaching temperatures near 80° by noontime.  As boats left harbor, we snagged a mooring in the Bourg des Saintes anchorage closer to town, and went ashore around 10am for a downtown walk and hike.  Since Fort Napoleon, the tourist attraction of the area, closed by noon, we decided to visit a nearby Fort Caroline instead and make our way over to Baie de Pompierre for beaching and snorkeling. 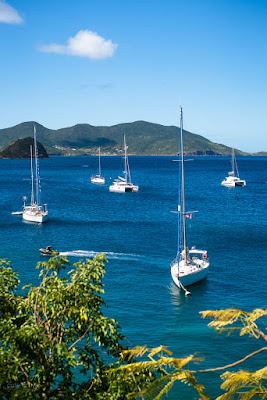 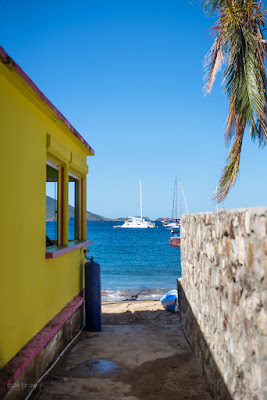 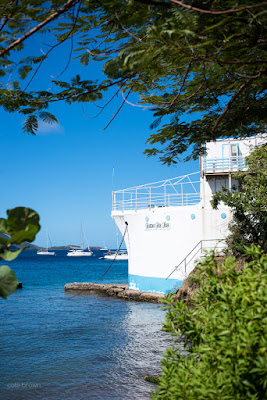 This plan to combine a few activities into one quickly went south as we were hiking more of a steep slope of loose arid soil and gravel in the midday sun, laden with our extra snorkel gear.  Whoever said the road to Napoleon was steep by the nature trails to Caroline were a hill certainly misrepresented the quality of these trails.  The elevation soon climbed just as high as Fort Napoleon (114m, 374ft) as we looked out towards town across Baie du Marigot.  Not all of us made it to the top.  Once we reached the trial fork for the beach, half of the crew started to descend while some of us continued onward to the summit where we found an amazing panoramic view of Baie de Pompierre below, and another view out to sea to the north. 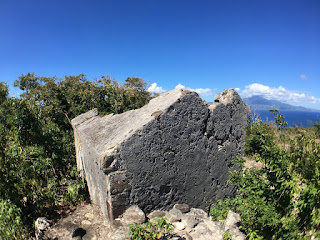 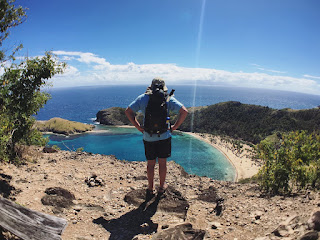 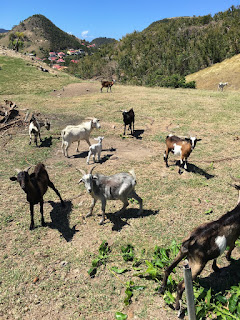 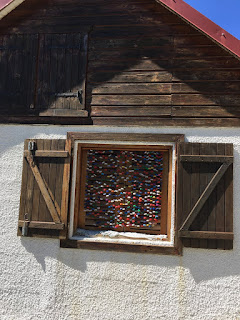 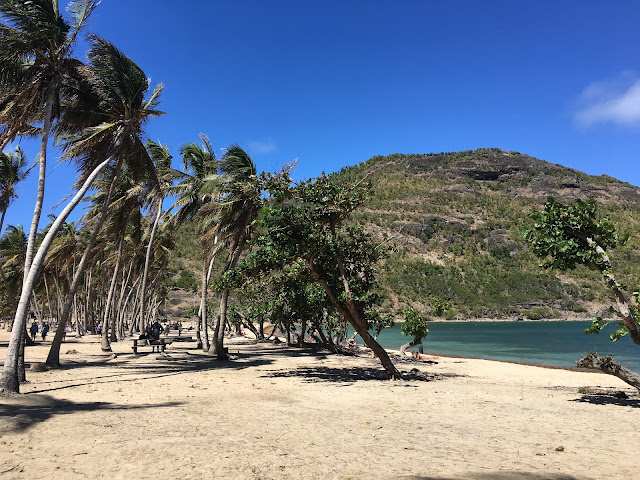 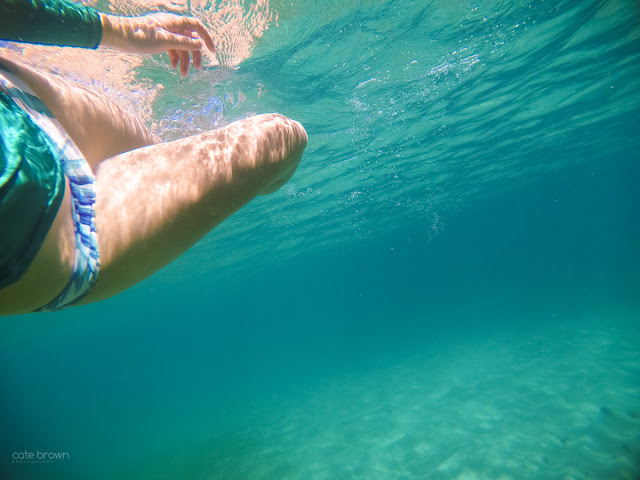 When we all met up down at the beach it was 12:30.  Our short hike across the island had turned into a 2+ hour adventure.  We had all sweat through our clothes and were eager for a cool off in the quiet bay.  We took our time snorkeling and relaxing before getting back to the boat close to 3pm.  Instead of taking the nature trail back to harbor, we opted for the mile walk back to town along the road, which was quite the reprieve after the hike.

Another swim at the boat, some shopping in town, and we had our first "home" cooked dinner aboard.  It was a delicious meal of fresh salad, rice, and chicken covered in garlic and herbs de Provence. 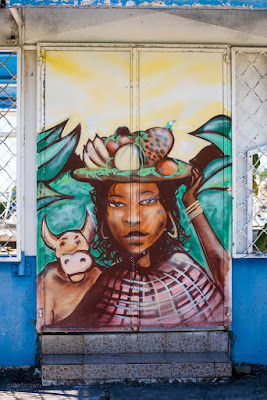 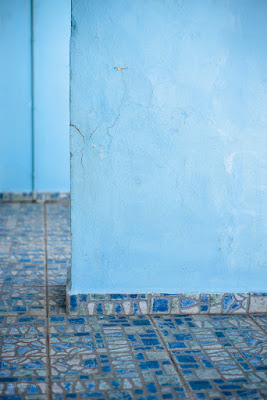 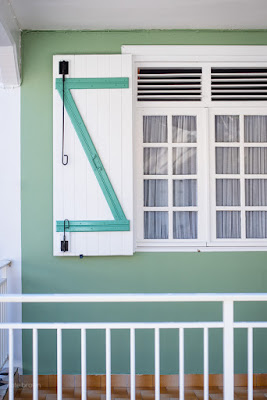 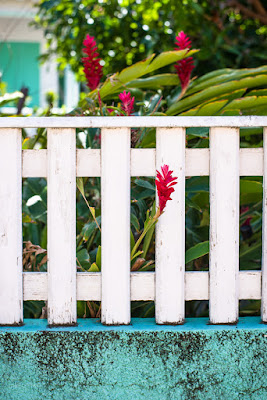 Day 4 – Basse Terre for Super Bowl Sunday
The harbor at Bourg des Saintes was very... not calm.  Despite the high elevation off the nearby hills, the point didn't protect the harbor very much from the wind, which was active all night and kept us in a constant state of motion. Even tucked right up to the shoreline on a mooring, we were bobbing up and down in wind chop all night.  Just a bit of wave action is enough to keep some boaters awake, and as the winter trade winds shifted a bit more north in the night it did nothing to soothe the active waters.  I'd certainly hate to see this harbor in a blow.

We spent all breakfast looking through binoculars out the nearby Club Med 2 sailing expedition cruise ship that made an appearance in the night, as well as a superyacht that came in to anchor.  The Russian oligarch owned Ace was dwarfed by it's own "luxury service boat", Garçon, complete with personal helicopter.

After some last minute snorkeling in the harbor, we set sail at 10am on our way to the main island and the capital city of Basse Terre.  We started on a beam reach in 4ft sea swell as we made the crossing between islands, turning to a broad reach as we came to Vieux Fort lighthouse at the Pointe. Diderot was cruising along at an average of 8kts, hitting 9.4kts as we surfed down the waves. 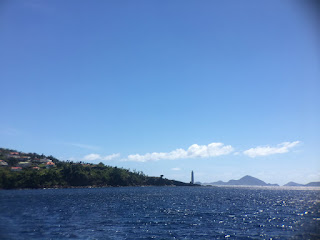 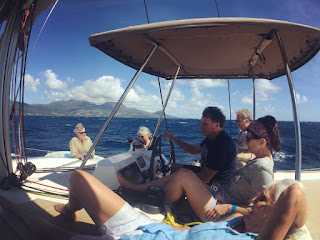 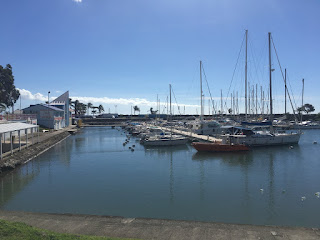 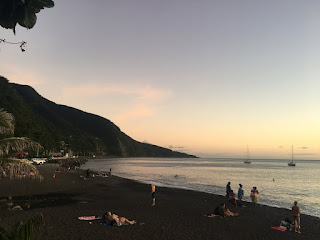 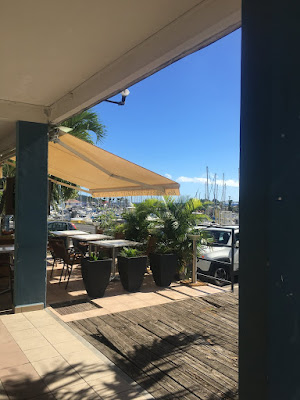 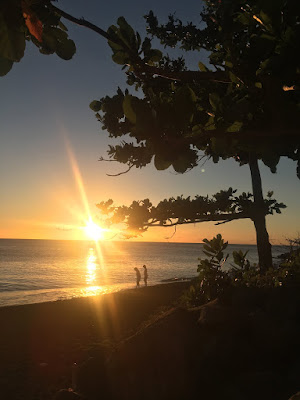 The crossing took almost 2 hours exactly.  As we rounded the point and came along the leeward side of the island, the wind and swell completely died and it felt like a totally different world.  Everyone was hoping to get into the Marina de Riviere Sense and of finding a TV or sports bar to watch the Super Bowl, but I set my expectations a little lower.  Tom Brady and the Patriots make it a habit of going to championship games, but I certainly don't make a habit out of coming to the Caribbean, recent trips aside.

We found a slip at the first dock, and quickly realized it was Sunday.  The Caribbean is closed on Sunday, and I mean really closed.  The marina office was shut down for the day, the public transport doesn't run, taxis aren't even in service.  Restaurants are closed.  Everything.  Is.  Closed.  Our hopes of venturing to town to see the Botanical Garden in the afternoon were quickly dashed, so we opted for lunch and rum drinks on the boat instead.

Next to the marina was a popular black sand beach, so I took a short walk to shoot sunset, and then again a couple hours later to shoot the Milky Way, but found the light pollution from nearby street lamps almost unbearable for night photography.  All that was left for our lazy sunday was to cook a pasta dinner and stream the Super Bowl on an iPad.  Thank goodness Guadeloupe has terrific cell service.  Sadly the Patriots lost, but I think my fellow travelers would've been sadder if they didn't watch at all. 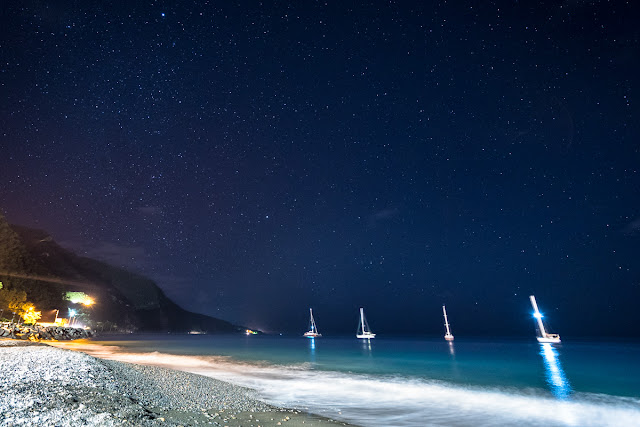