It was about the 1 year anniversary of Hurricane Irene, and after some talk of another storm reaching New England, we didn't get any real stormy weather but we did get the first storm swell of the season!  Surfers took to the water as Hurricane Isaace and Leslie kicked up some surf early September.  I went down to Narragansett Beach for the remnants of Isaac's swell, and then to Point Judith Lighthouse to see the dozens of surfers out for Leslie.  Leslie kicked up chest high swell at PJ, and the lineup was pretty crowded with longboarders and shortboarders alike.
(I even went out in Matunuck to practice my own surfing skills a couple days later as the waves reached a Cate-friendlier height!)
I also had a new piece of equipment to test out!  I recently purchased a Nikon teleconverter, specifically the TC-20e III, also known as the 2.0x (200%) Nikon Teleconverter, third generation.  By adding this little piece of equipment, my 70-200mm lens effectively becomes a 140-400mm lens!  Reviews for this compact piece of glass were high.  Generally speaking, a TC will degrade image quality, as light rays must travel through extra pieces of glass to reach the camera's senor, and the higher the TC (1.0x, 1.4x, 1.7x, or 2.0x), the higher the degradation.  However, people were saying with the newest TC, being a third generation in Nikon's TC technology, many people couldn't find a overly notable difference in image quality!  Only far greater lens reach and just as great results!
Mine arrived by mail just in time to catch the end of the Leslie swell.  I definitely noticed a difference in image quality.  Everything I was shooting came out extremely flat, lacking contrast and dark tones.  But this could also be due to the heavy haze and salt spray in the air that day, which were only amplified by the extra boost behind my lens.  Everything came together in post though, as I was able to recreate the contrast and colors that I witnessed in person, so there was no real loss in quality (thank you RAW!).  My image sharpness was almost the same as without the teleconverter, and my autofocus was a bit slower, but considering the great amount of reach I got, I did not mind the compromise!  I can now easily shoot surfing that is slightly further off shore, and I'm no longer limited to the breaks that crash incredibly close to land, like Narragansett Beach and Monahan's Dock.
Well, check out the shots below, first up is Narragansett (without the TC), and PJ (with TC).  It was my first time shooting at PJ and the light was terrific!  I definitely plan on heading back as more winter swell heads our way!
Surfers:  see if I caught a photo of you in the Storm Swell Sept 2012 Viewing Gallery on my website!  Top photos can be viewed as part of my Surfing section in the Photography Catalog. 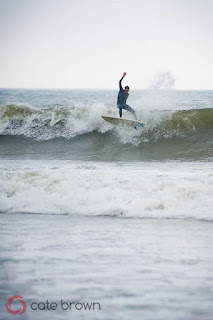 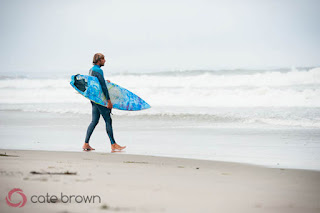 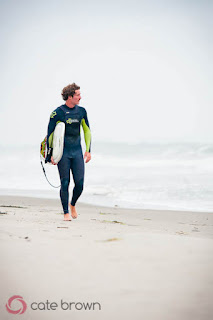 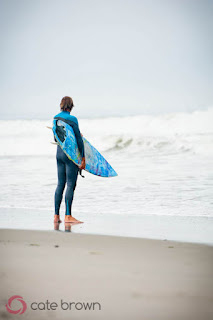 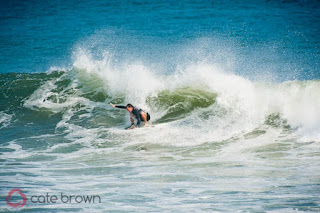 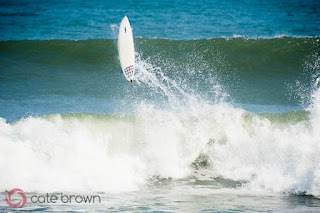 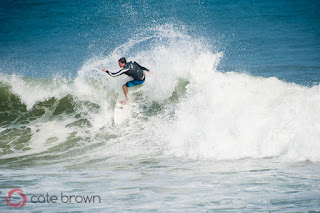 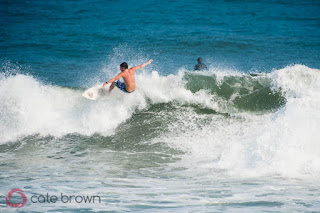 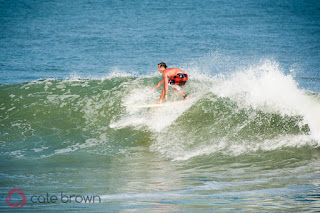 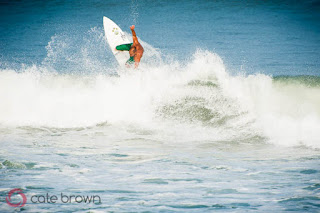