Nantucket.  It's not a terribly small island, but it's not terribly big either.  Sitting 30 miles offshore of Massachusetts, it faces due south to the open sea.  The eastern most point of Massachusetts is on Nantucket, and if you sailed south into the Atlantic, the next point of land you'd cross is in the Caribbean.  The island is steeped in history, from the native americans to the whaling industry of the late 1700s.  Today, it is continuing to change, with continued development of private homes, but the island is still about 40% public and conservation land.
As part of an artist residency with the Nantucket Island School of Design & Art, I had the opportunity to spend a week on the island focusing on nothing but my photography!  I arrived the last week of September and stayed through the first few days of October.  Hurricane Maria was circling somewhere offshore, but the forecast was still showing a lot of sun so it was shaping up to be a great week to spend on the island.
My first morning the fog was thick and heavy.  I had spent my first afternoon scouting and familiarizing with the island, so in time for sunrise at 6:30am I was already up and ready to go!  First stop:  Sankaty Head Lighthouse.  I spent just about all morning on the western side of the island, finding beautiful eery scenes through the fog.  These abstracts were taken at Pocomo, where a small sandy point extends out into the harbor.  I worked my way down the shore to Polmis where a little harbor was nestled alongside a marsh.  With the warm weather hanging around throughout the month, a lot of boats were still in the water, and kayaks and dinghies littered the shoreline.  Before the fog completely lifted I crossed the island to visit Madaket Harbor at the southwest corner of Nantucket.  A few lobster boats would materialize through the fog, as swans and cormorants swam through the glassy waters.
By noon the fog was gone and the sun was shining bright.  I swung by the beach at Cisco to photograph the hurricane surf, and then took a few hours to break for lunch and lay out at Jetties Beach.  The island is very remarkable when you consider how drastically different the weather and conditions can be on the south vs the north.  It only takes 30-40 minutes to cross the island by car, and in that time you can go from pea soup thick fog, rushing winds of 15-20 knots, to complete sun and calm.  The south shore was getting pounded by angry surf kicked up by Hurricane Maria, but on the north shore the waters were peaceful and still, very warm, and perfect for a quick dip.
I scooted back to my cottage for my drone and took late afternoon fly over Jetties Beach after receiving airspace clearance from the island Air Traffic Control.  Sunset over Jetties Beach lit everything up pink and purple as clouds streaked across the sky.
It was a very busy but productive first day on the island!
Prints available in the Nantucket -- Away Offshore Gallery 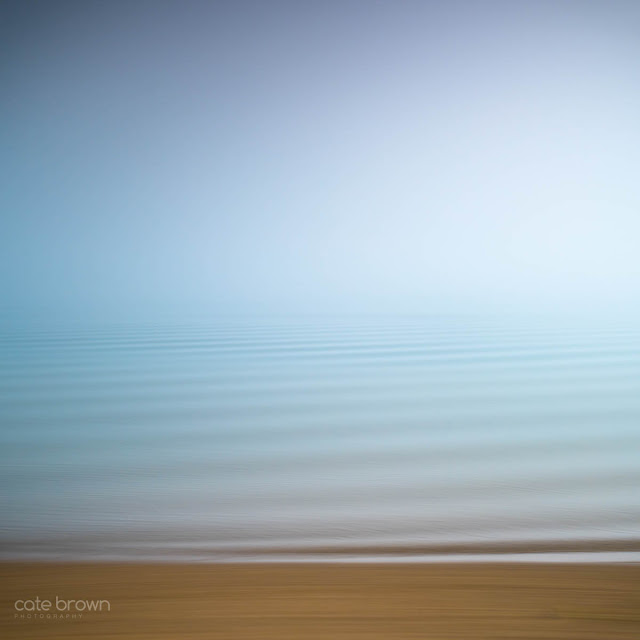 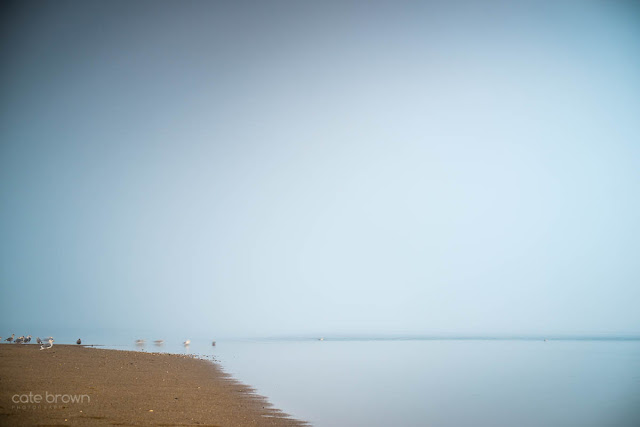 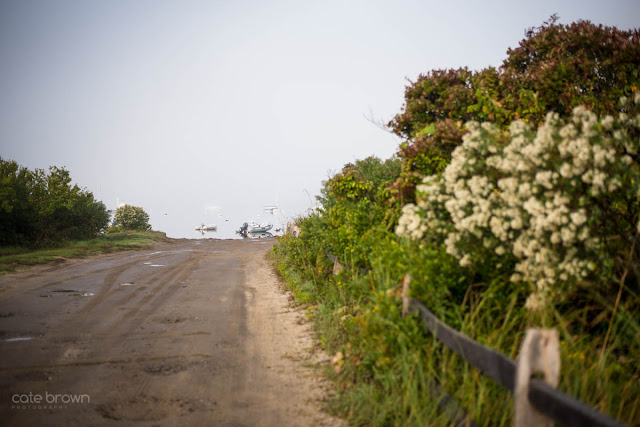 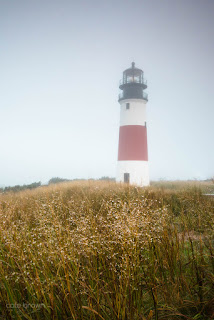 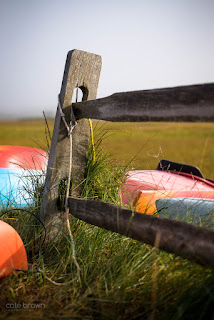 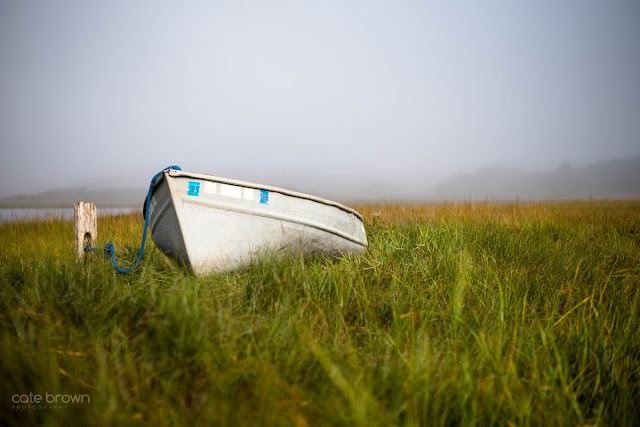 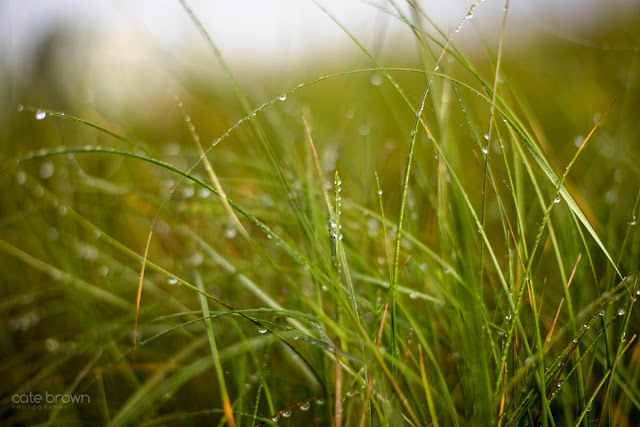 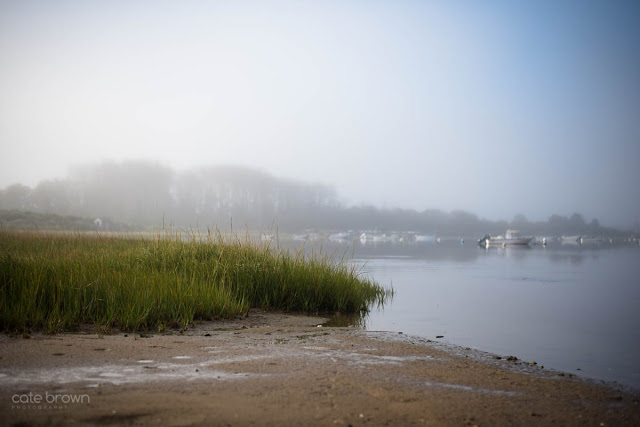 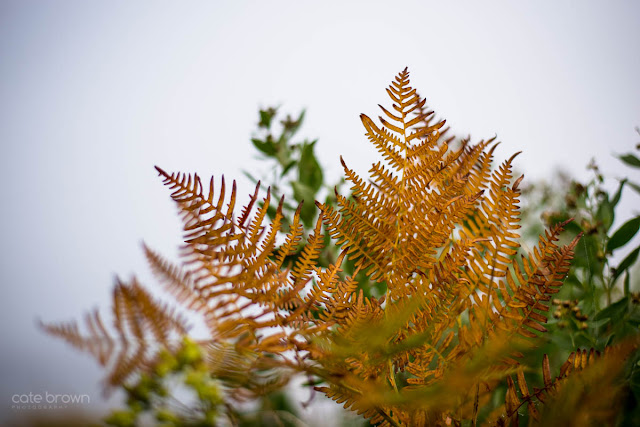 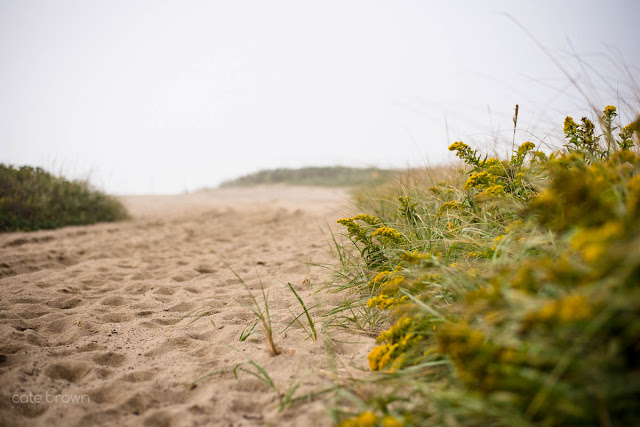 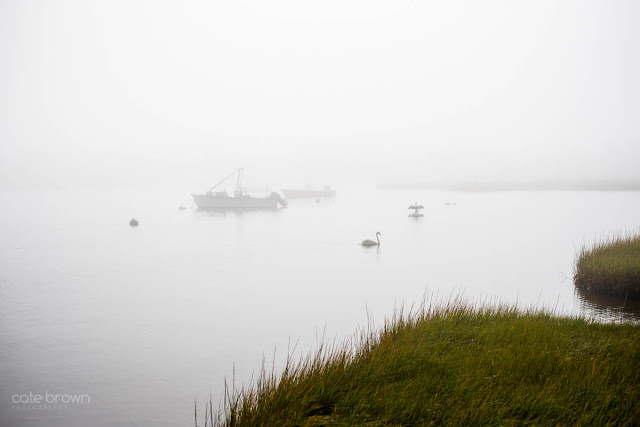 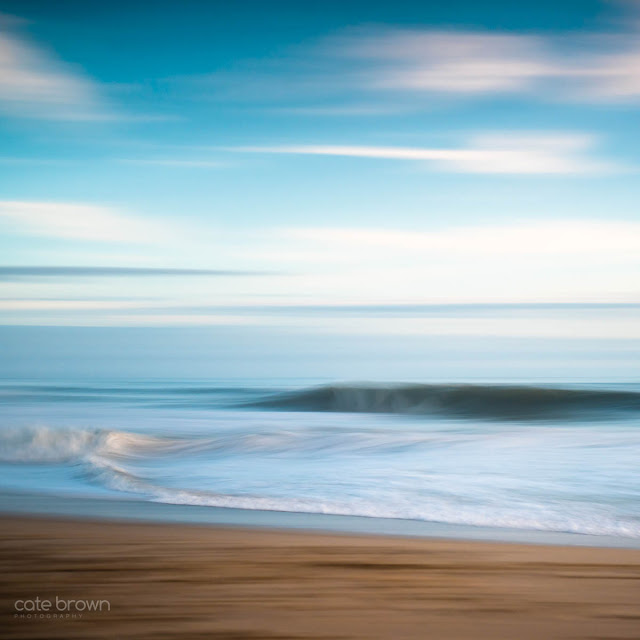 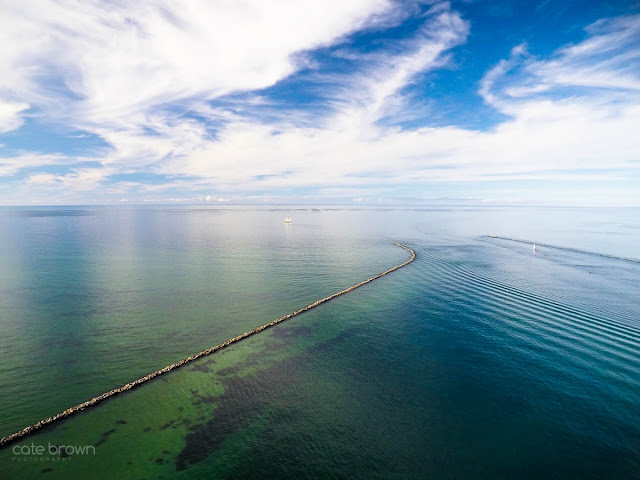 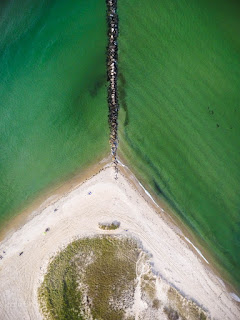 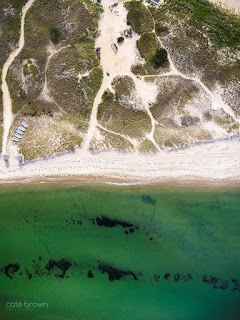 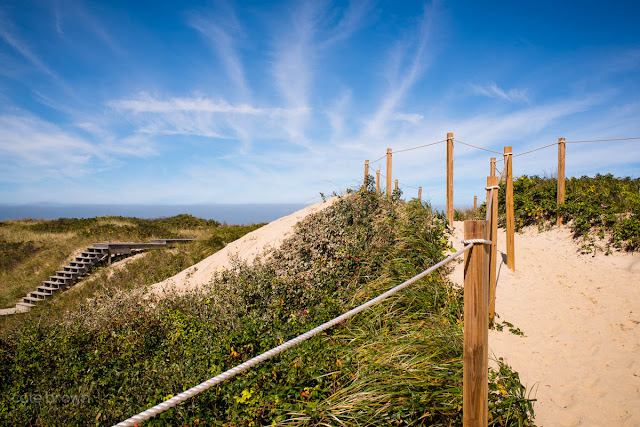 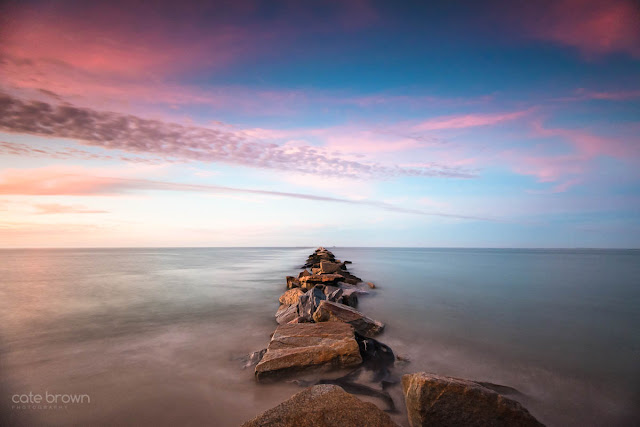