It was halfway through my week on Nantucket.  I had visited the island briefly last summer, so as my shot list was winding down, I decided to revisit Brant Point Light.  Last year I had photographed it on a peaceful afternoon and waited through dusk.  This time, I rose with the sun and got to the lighthouse just in time to photograph it in the earliest morning light possible.  The dramatic change in light also has a dramatic effect on the image, immediately infusing a sense of awe and wonder, with strong light and crisp shadows.
I followed my morning lighthouse visit with a walk through the Ram Pasture Nature Trail, all the way down to the south shore of the island.  Here, the southern ends of Hummock Pond and Long Pond are just a few yards from the open ocean.  I took flight with the drone to photograph the waves playing along the shore, and even a couple paddle boarders launching into Hummock Pond.
But perhaps the biggest part of the trip was yet to come:  a hike along 7 miles of sand to the northern most point of Nantucket where Great Point Lighthouse was waiting.  Similar to Block Island, wind and ocean currents over time have created a stretch of sand extending northward into the Sound.  North Light on Block Island is perhaps my favorite Rhode Island lighthouse, and Great Point soon became my favorite Nantucket lighthouse as well.
While you can rent Jeeps with Over Sand Vehicle Permits locally, I wanted to do the hike.  I didn't have anything else to do with my time, and walks along the beach are more than just a hobby but part of my occupation.  Sunset was around 7pm so I wanted to leave mid-afternoon to give myself time to take a break and set up for sunset.  I had been pacing my beach walks earlier in the week, and it was taking me about 20 mins per mile.  With a 7 mile beach walk ahead of me, I figured 3 hours would be more than enough.  It was glad I scheduled some wiggle room because I couldn't have timed it better.
It took three hours of walking without stopping to reach the lighthouse.  The sand was soft, and the vehicle tracks weren't much help.  I took a wrong turn, following the road instead of the shore as I approached the Point, and added on perhaps an extra 15 minutes.  I was walking over a sand dune within minutes of the sun sinking below the horizon and I couldn't believe my eyes.  More clouds were rolling in overhead and they were lighting up, more and more with each minute that passed.  I had arrived just in time, and I couldn't believe my luck!  There was no time to setup a tripod or take a breather.  I pulled off my socks, shoes, and backpack, and started running around the lighthouse like a mad-woman.  The light was astounding, the colors were spectacular, the lighthouse was beautiful, and the landscape was epic, it was a photographer's dream!
As soon as the sun was gone and the colors in the clouds started to fade, I knew I didn't have long to wait.  I had brought my headlamp and some flashlights to walk back in the dark, but given the time it took to get out to the point, I couldn't wait until nightfall to start walking back.  I had to leave while there was a little twilight left in the sky.
The long trudge back was refreshing knowing I had captured such a beautiful scene at the lighthouse. I was exhausted, hungry, and also extremely satisfied.  Surfcasters fishing from the beach had told me stories about doing that hike once back in the '80s, and never again.  They only went to Great Point by car now.  I didn't see what the big issue with walking miles in the sand was.  It was beyond beautiful.  Where else could you find such a calming scene as this?  The stars were coming out.  The waves on this side of the island were small and gentle.  I couldn't have asked for more.

Prints available in the Nantucket -- Away Offshore Gallery 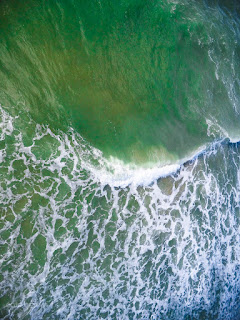 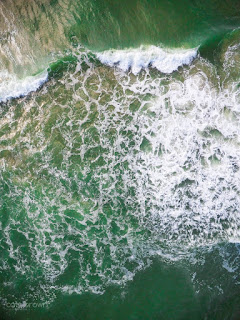 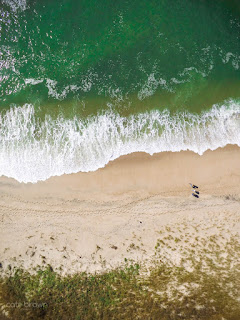 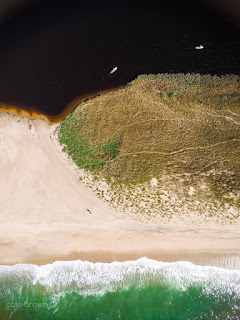 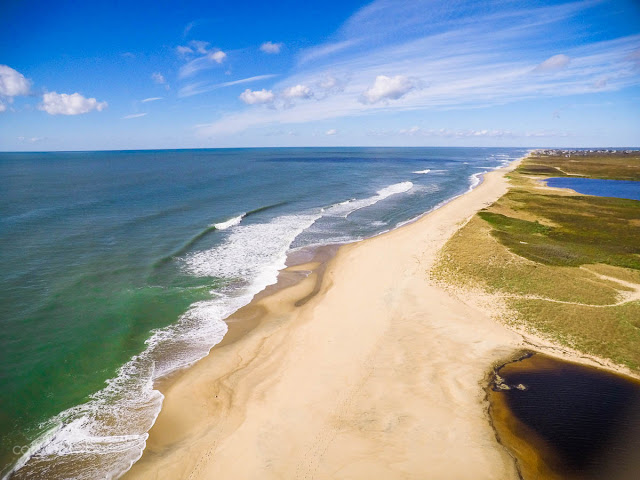 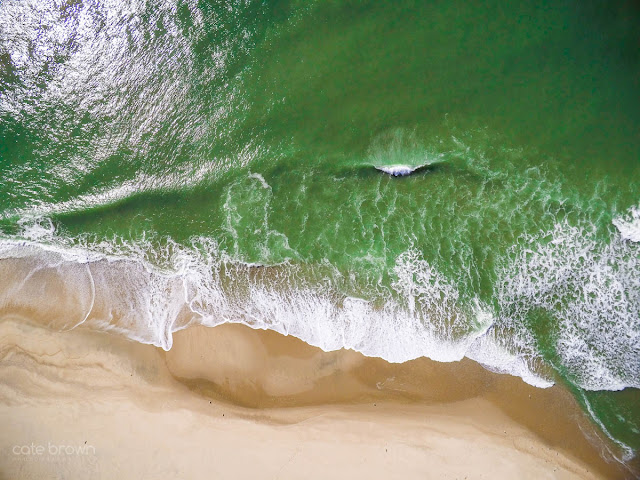 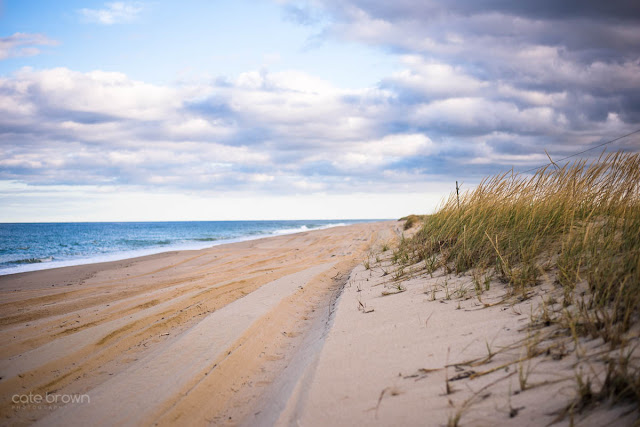 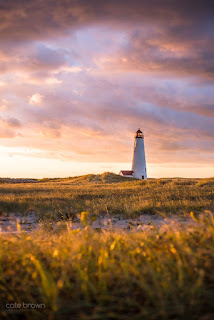 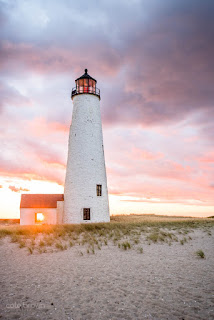 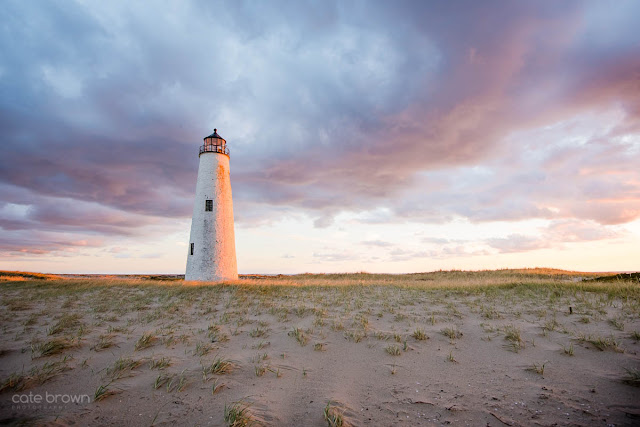 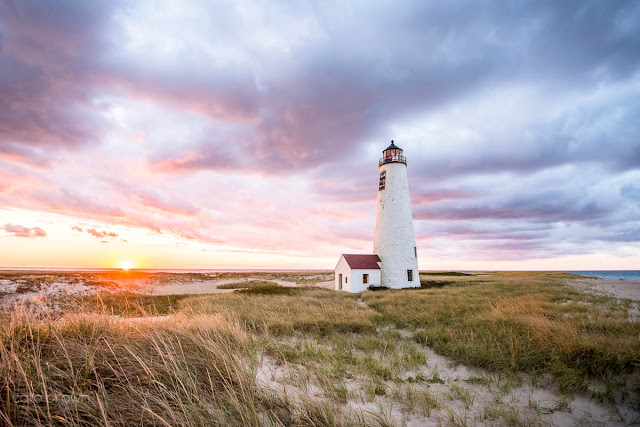 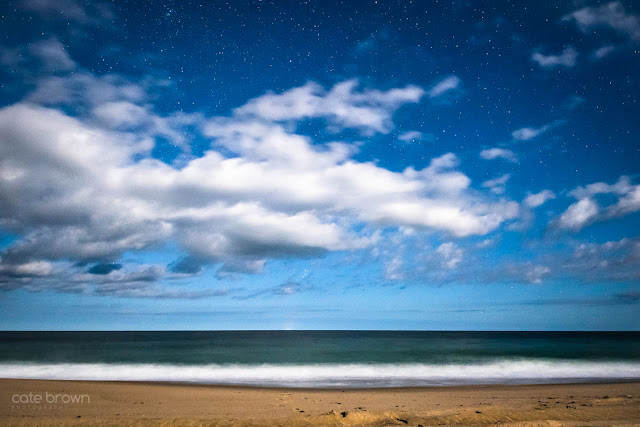 If these prints are for sale, I can’t find a price, sizes or shipping information. Thank you.