We were spoiled with our unseasonably warm January.  Mother Nature decided to greet New England and the coastal communities with a historic blizzard for February instead!  With record breaking snowfall in some areas, and hurricane force winds at times, Rhode Island saw about 2 feet of snow in most places!  I don't remember having this much snow on the ground since I was a little kid and 1 foot of accumulation would be knee high, and mounds of snow from the plows became igloo forts.  We were lucky to have some warm sun the morning after "Nemo", but then the temperature plummeted to about 14 degrees after sundown.  It was a rough couple of days, with almost 200,000 National Grid customers out of power in the state of RI alone.  Most places went without power for 24 hours, some not seeing their power restored until three days later!
But that first morning as we awoke from a night of howling winds, pelting snow and thunderless lightning, the skies were calm and the world was white.  I don't know about you but I still get that excited childlike wonder when I first see a fresh snowfall, imaging snowmen and frosty snowball fights!  But now, as an adult, that wonder slowly melts away with thoughts of shoveling  stuck cars, and bursting water pipes.  Before I ruined this perfectly winter wonderland with sweat and tears from hours of shoveling, I grabbed my cameras and went for a walk through the fresh powder.
First up was the Lensbaby Spark, and I took a few shots of the snow.  Then I switched to my Nikon 50mm f 1.8 which I love as a walk around lens.  Some blizzard beach combing and a few shots later, here's the result!  (Shot number two is my favorite!) 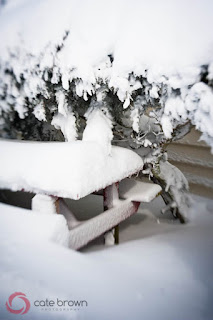 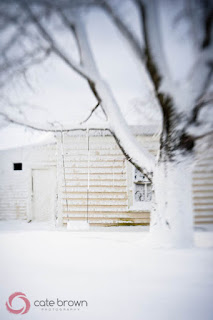 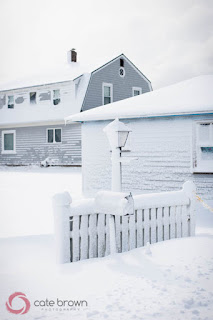 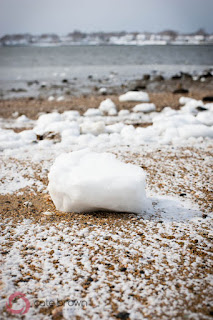 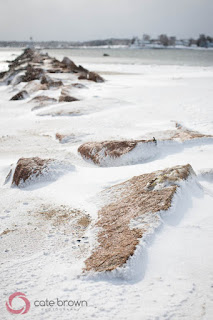