I have been to California before, but not like this.  There were family trips when I was younger, and a visit for my cousin's high school graduation about a decade ago.  But this was different.  This was a camping trip; a state park trip; a hiking trip.  This was an opportunity to explore the region north of the bay area, with a 6 day itinerary of nothing but the great outdoors.  For myself and my brother, both from the East Coast, this was more than just a road trip, it was an east meets west.  This was a Rhode Trip, Northern California edition.

My brother is in the Coast Guard.  He's been stationed out of Alameda for the past couple of years, and was recently reassigned to Crescent City at the California / Oregon border.  The plan was to explore the west coast from San Francsico up to Crescent City, with plenty of stops along the way for trails, lighthouses, redwoods, waterfalls, and coastline.  We departed the morning of April 4th on a beautiful day of 65° and sunny.

Within minutes of leaving the city the road was winding, the sun was obscured by tall pines overhead, as we wove our way through the hills.  The woods opened up to sprawling meadows overlooking the Pacific.  I was already captivated by the great expanse.  Nothing I've seen in New England compared to the wide open space (I'm sure if I do a trip to Maine I'll have more to compare!)  The hills were gentle and rolling yet tall and proud, with steep drop offs to the rocky shore below.  We were just over an hour outside Alameda and we were already at our first stop. 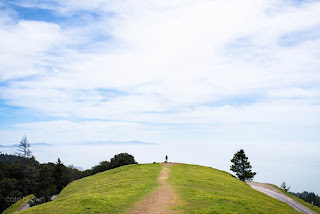 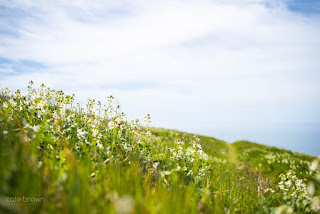 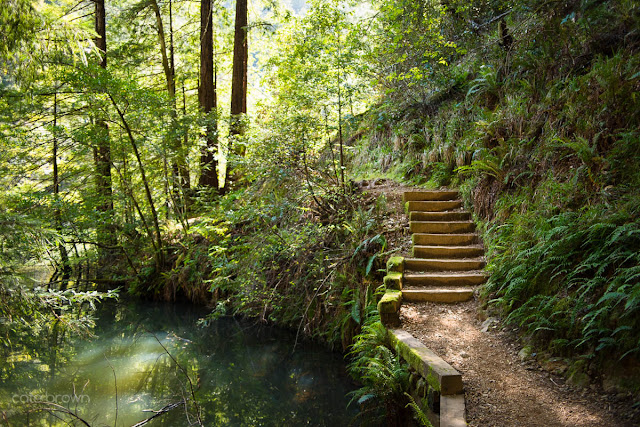 The road to the trailhead took us around Mount Tamalpais and back down in between the hills, to a cool area covered in trees.  The hike followed water the whole way, first with a lake, then babbling brook, and small falls every now and again.  We were climbing gentle slopes and steps, consistently moving upward.  We didn't have enough time to do the entire route, but completed about 4.5 miles out and back.  A quick lunch at the car and we were already on to our next spot.

We left the watershed, climbed out of the ravine to the top of Mount Tamalpais, and started weaving our way down to the coast.  We drove through Palomarin and Belinas, little beach towns nestled at the foot of the mountain, and found the trailhead to Alamere Falls. 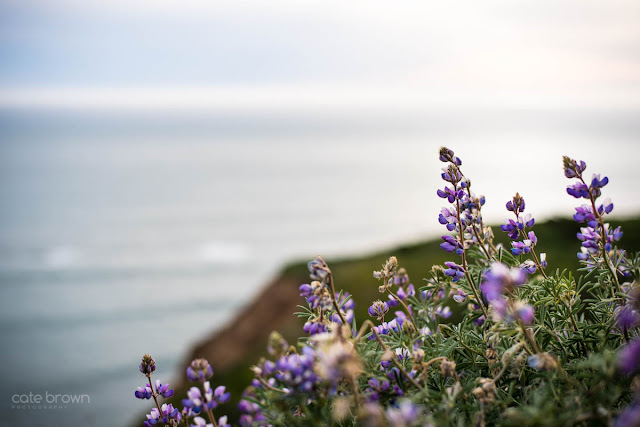 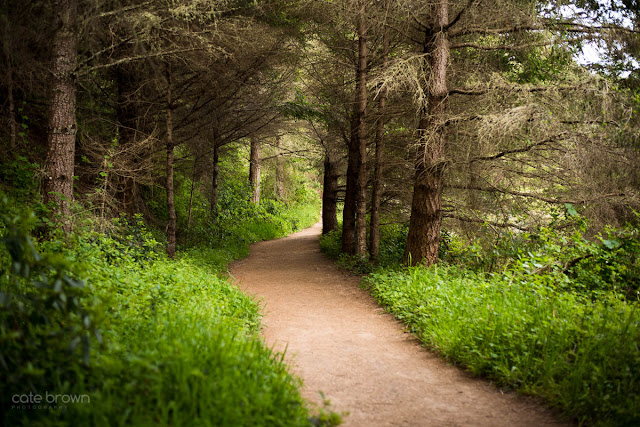 This long hike started as a nice walk through a beachy wetland type of area and tree grove, which quickly became a trail along the bluffs with a gorgeous view of the ocean.  The path then turned back into the woods and wound it's way behind hills, up a bit and down a bit, around lakes, and then finally opened up to Alamere Falls with a gushing 40ft waterfalls pouring water directly onto the beach.  We scrambled down the dusty hillside to the water's edge and enjoyed a reprieve from the long hike.  Then it was a couple more hours to return back to the car just in time for dusk.

Alamere Falls was the longest trail on our schedule and my feet were aching.  It was a hell of a way to kick off the week, with over 12 miles of trails completed.  We were exhausted and exhilarated all at the same time.  Not every day would be as long as this one, but it felt good to have accomplished it.   We drove about an hour up California Highway 1, passing Tomales Bay with sea lions sunbathing on sand bars and houses on stilts, large pastures with grazing cows, little pockets of habitation, before we reached the campground at Wright's Beach well after sunset.  We pitched the tent and went straight to sleep.  Day 1 was in the books! 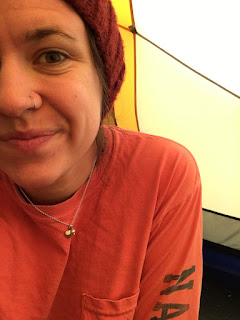 I barely had time to comprehend how many miles of trail we covered.  I didn't have time to think about the upcoming schedule.  The weather forecasted for later in the week was rain and more rain, and it was lingering in the back of my mind.  But today had been beautiful.  I wasn't sunburned, I wasn't hungry, I was satisfyingly tired.

This itinerary had been finalized only days before.  The idea to travel up Highway 1 was actually my mom's idea once my brother's assignment came in a couple months prior.  I did some research online before leaving for California.  I made a short list of some hikes I wanted to do, with some input from Brad, but nothing was finalized until days before we hit the road.  I'm usually much more of a planner, but my apprehension about the schedule quickly faded as I curled up in my sleeping bag with thoughts about trial mix, redwoods, and trails we had yet to discover.