The weekend after the Coast Guard Academy hosted the NEISA Women's Championship for college sailing, two high school events were hosted out of CGA in New London, CT.
First up, on Saturday, was the Connecticut High School State Championship.  Conditions were cool and cloudy with a very light and shifty breeze from the north.  All day the teens struggled against the infamous river current by Jacob's Rock, which seemed particularly strong for this event.  With about 5 knots of breeze, and probably 3-4 knots of current flushing boats towards the ocean, it was a race for the most apt boat handlers.  The current made upwind progress nearly impossible and the only sailors who could roll tack would manage to eek by the windward mark which was set in the middle of the river and in the strongest currents.  But there was no calling the race off when progress was slow, this was a one day event.  They had to manage every race they could, no matter how painfully slow the sailing was.  Everyone kept in good spirits though, and it was a lighthearted event full of friendly high school competition. Choate came out on top with bullets almost all day and half the number of points as the second place finishers, Hotchkiss.  Full results at http://scores.hssailing.org/s14/connecticut-state/
Sunday the sun tried to poke few a few times, but the conditions were just about the same as the day previous.  The wind was light and there was still strong currents, but it was a little less extreme compared to Saturday.  The event was the O'Day Trophy, the NESSA Championship for fleet racing featuring high schools from across New England.  While a few of the CT teams had sailed Saturday, there were additional competitors from high schools in Rhode Island and Massachusetts.  Upwind sailing was still a struggle but as the breeze shifted anywhere from 10-30° between races, gusts would start to roll in from the NE corner of the course which allowed sailors to get some momentum as they approached the windward mark and heavy currents at a full beam reach to maintain speed.  Racing was competitive and almost no one had consistent finishes, but Hotchkiss came out on top with St. George's and Portsmouth Abbey, both from Rhode Island, coming in second and third respectively.  Full results at http://scores.hssailing.org/s14/nessa-oday/
See all the shots at the Viewing Galleries! 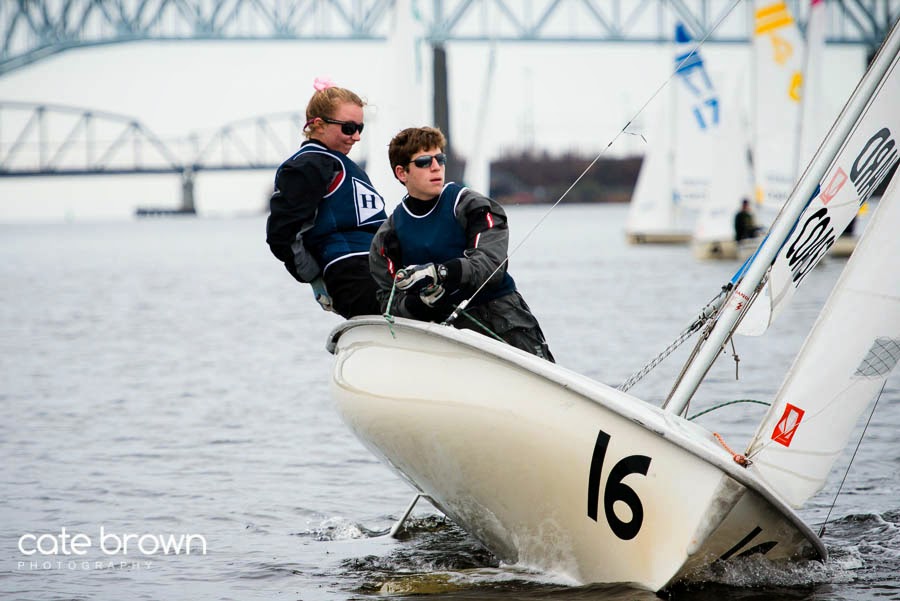 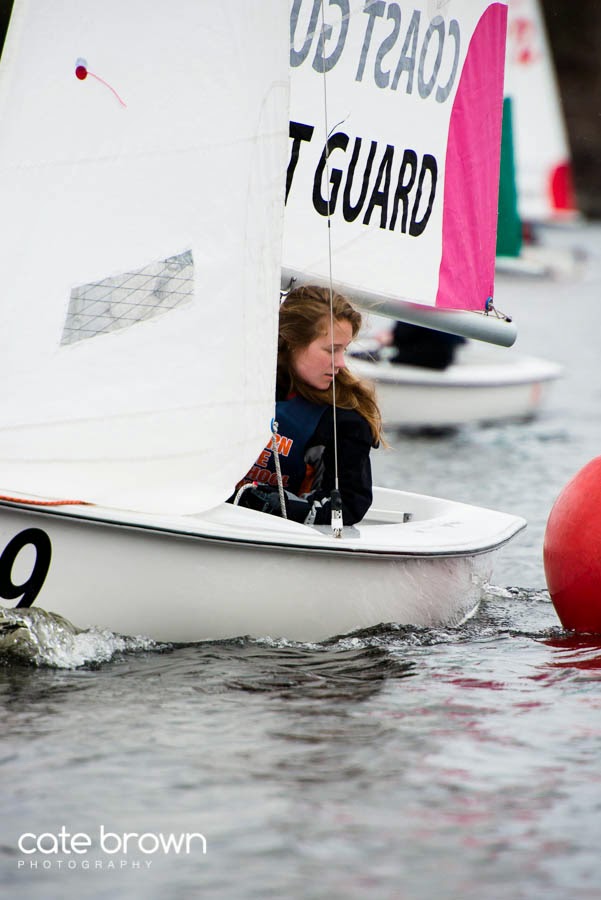 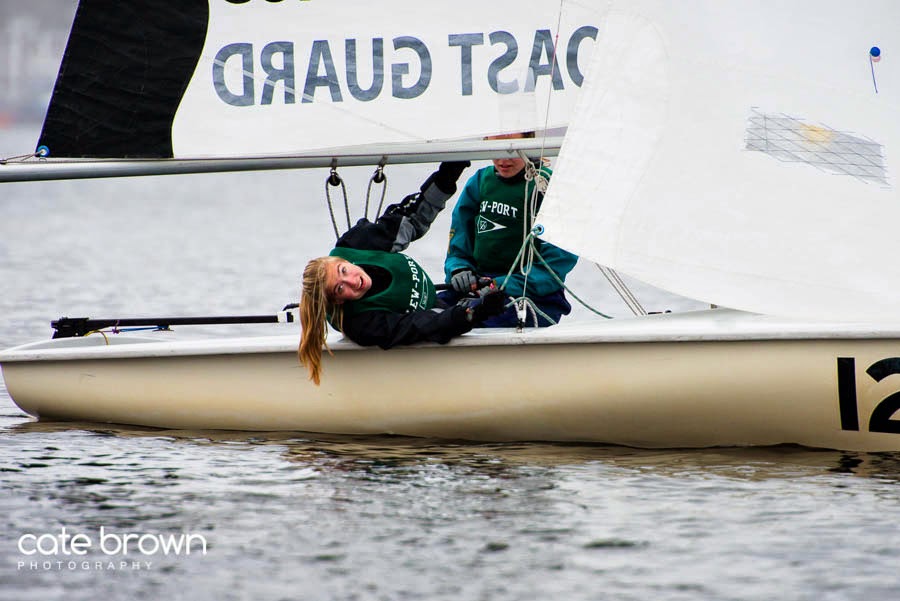 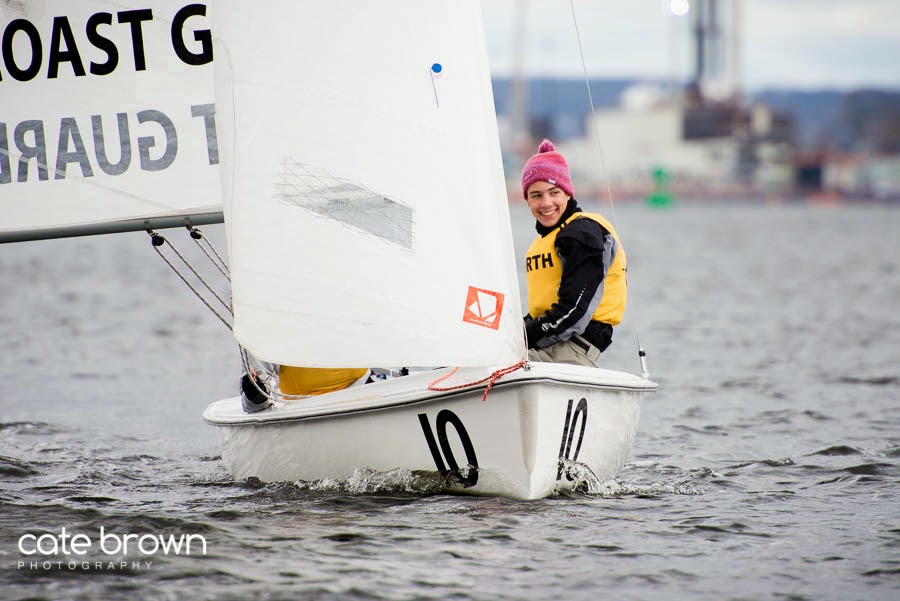 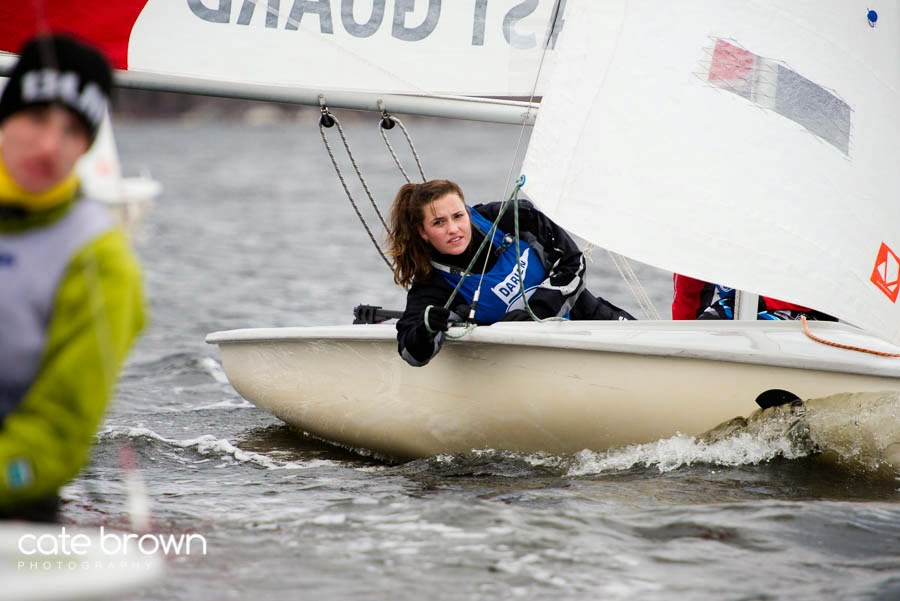 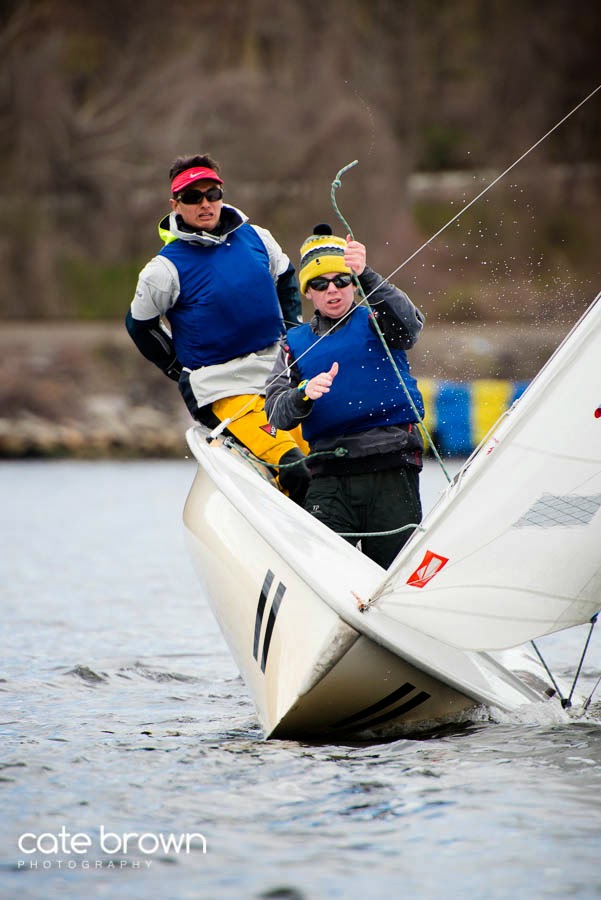 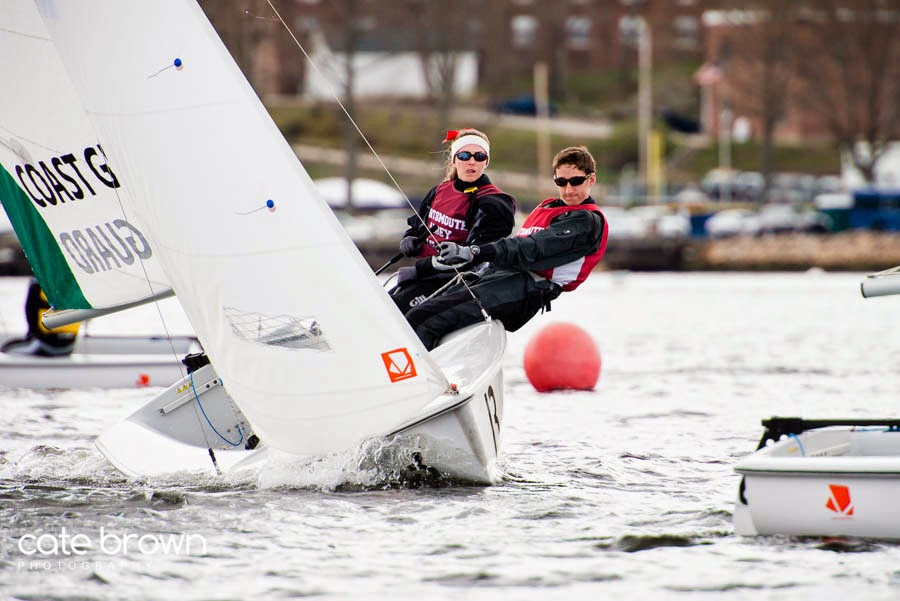 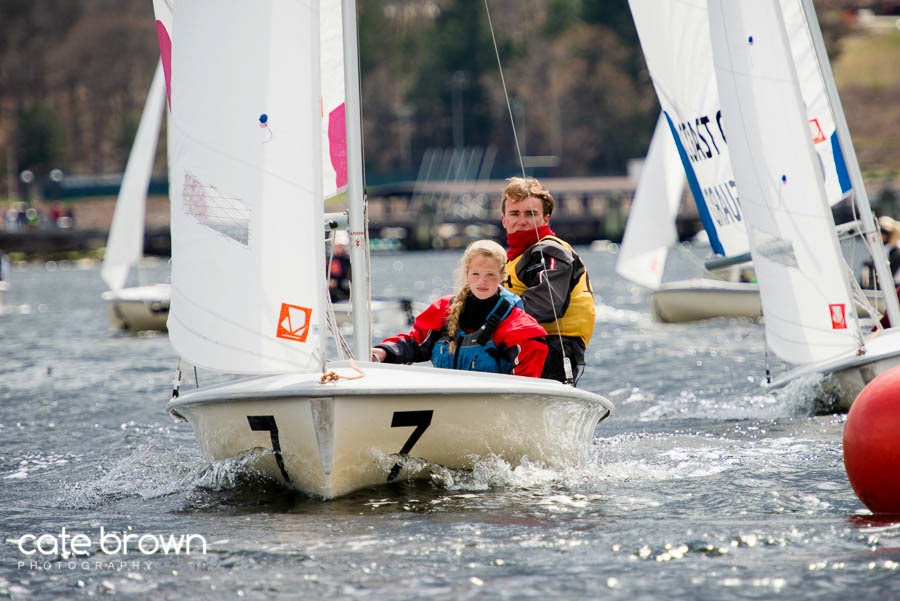 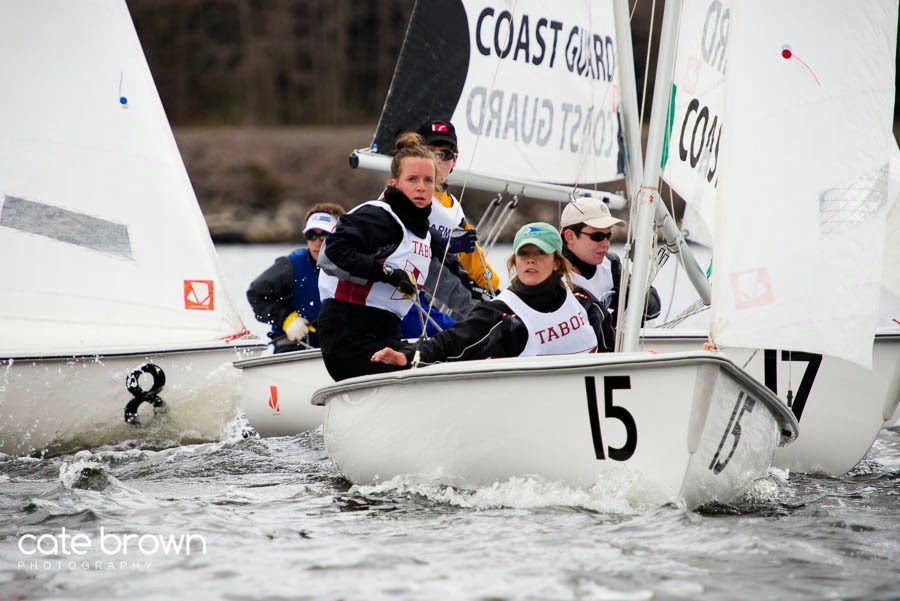