​The Wickford Regatta has been hosted annually by Wickford Yacht Club in the spirit of early-season one-design fun!  This year's classes included Lasers, Club 420, International 420, F18 catamarans, 505s, J/22s, and new this year were 29ers.  Both days were well into the 80s and low 90s, but we were blessed with beautiful breeze all weekend.
Racing kicked off on Day 1 around noon, with Alpha Circle running trapezoid courses for the Lasers and 420s.  Bravo Circle was built for the bigger and faster boats, running Windward-Leeward races of various lengths to compensate for the size and speed differences ranging from the 29ers to the F18s.  Earlier on in the day the wind was at a steady 15 knots with gusts near 20 knots until it tapered off ever so slightly later in the day.
The second day of racing was forecasted to be even hotter, with a small craft advisory expected around 2pm, but I think the meteorologists had it backwards.  It was still sunny, hot, and windy, but not quite as much as the previous day.  The sky remained slightly hazy and the sea breeze never filled quite as strongly, but with a good 10-12 knots through most of the day it was still a perfect day for a sail!
By the end of this two-day event with at least 7 races in each class, several non-Rhode Islanders took the prize.  Dan Petrovic of BVI and Lawrence McGrath of Stamford, CT, tied with 15 points in the Laser fleet.  Conner Harding of Naples, FL, won the Laser Radials with bullets in every race.  Local boys Aidan Naughton and Stewie Gurnell of Saunderstown Yacht Club won the Club 420 fleet, also with first place finishes all weekend long.  JC Hermus and Walter Henry came in first place for the I-420s by two points.  Catherine Lindsay and Jana Landreau topped the charts for the 29ers by 4 points.  In the J/22 fleet, composed entirely of Rhode Island boats, skipper Pete Levesque and crew Kate Bjerregaard and Nick Cromwell​ of Tiverton had a terrific winning performance for a 9 point total.  For the 505s, Andrew Buttner and Mark Zagol of Westwood, MA, finished first with 9 points.  And last but not least, ​in the F16 and F18 class composed mostly of sailors from Massachusetts, Sandra Tartaglino and Keenan Madewell​ of Tiverton took the event by 5 points.
See all the photos from the event in the Wickford Regatta Gallery 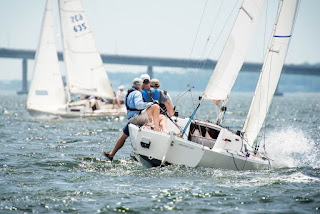 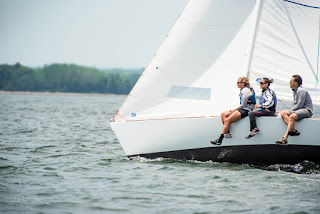 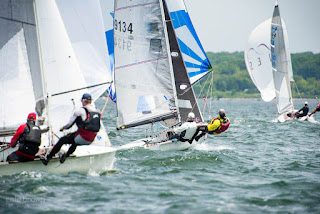 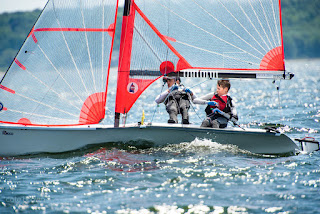 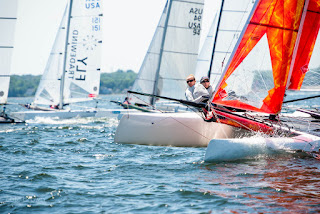 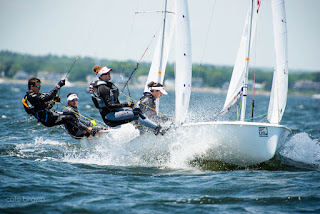 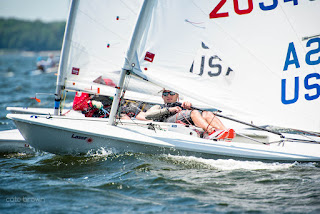 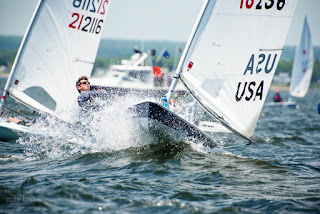 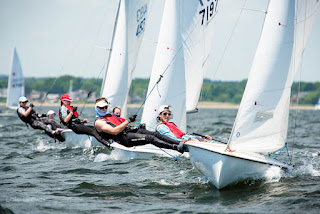 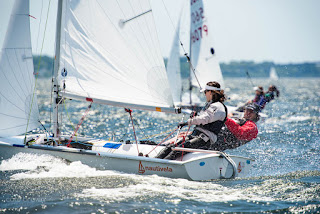 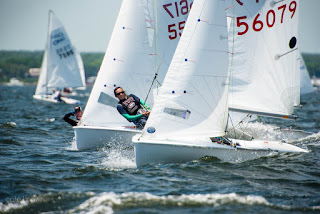 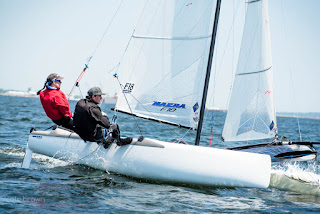