At the beginning of August, an annual event took place:  the Wickford Yacht Club Cruise.  This highly anticipated club event is a week long trip taken by WYC members, as we all chug along together, under power, sail, or power-sail, to various locations along the southern New England coast.  In the past, from what my parents have recalled, the cruise took years to leave Narragansett Bay and for quite some time simply cruised around our beautiful local body of water.  Almost as tribute to those years past, and in appreciation for the perhaps closest locations that may often go unnoticed or unappreciated by locals, my family and several others make it a point to visit Dutch Harbor over in Jamestown the first night before truly departing for Cruise.
The Cruise tends to stop at Cuttyhunk as it makes its way either towards the Vineyard and Nantucket, stopping in places like Edgartown.  Or it heads up Buzzard's Bay coming into port in Duxbury and other South Shore locations.  WYC has also travelled through the canal and Cape Cod Bay making it all the way to Provincetown one year.  But 2012 saw a different itinerary and hung a sharp right out of Narragansett Bay and travelled along Block Island Sound towards Connecticut.
The next few weeks I will be featuring images from every port of call the WYC Annual Cruise saw in 2012.  I hope everyone enjoys as I recount my summer trip!
First up:  Dutch Harbor!
We arrived late in the afternoon after a terrific sail down the bay.  There was a strong and steady sea breeze, and we found a yacht club mooring in Dutch (after several loops around the outskirts of the mooring field).  The breeze lingered as the sun sank lower in the sky, and Lyle rigged up while we were on the mooring (no easy task) and took off windsurfing!  It was a great and quiet evening for our first stop on the way down the Sound. 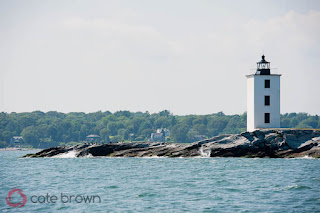 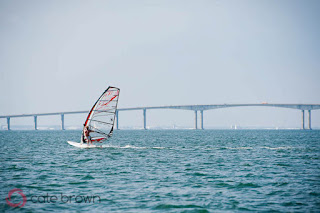 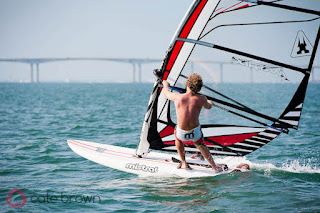 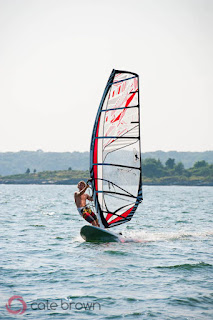 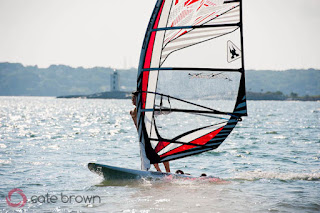