Between the fog and rains, the hot weather of summer is here.  I have a long to-do list of spots to drone, but in the dull gray days of winter I decided to wait until the grass and trees were green to hit a few spots.  And while I still have a long list of things I want to accomplish this season, I was able to tick off a few things on an aerial tour of Jamestown just the other week.

I started over by Fort Getty where a fishing pier provides the closest land based access of Dutch Island Light.  This little lighthouse is nestled in the middle of the bay between Saunderstown on the mainland and Jamestown.  The sun still seemed high in the sky despite the only hour or so of daylight  remaining.  My 3DR Solo drone only has a solid 1km signal distance, and I had just enough signal strength to reach the lighthouse and linger for a few different compositions.  As I dropped to only about 20 ft off the water, the sun reflected off a pane of glass giving the illusion of a lit lighthouse, and I knew I had my shot!

Next stop was Beavertail, one of my favorite easy access points near home where you have multiple views of the bay and ocean.  There was a couple waves rolling in off the sea, embracing the rocky shoreline with white wash.  Several surfcasting fishermen were standing out on the rocks given the beautiful weather and low tide, and I found myself captivated by the top-down bird's eye view as I just watched the water rolling back and forth over the rocks.  With the late afternoon light raking across the tops of the waves, it was absolutely beautiful.  I could've spent hours here, but I had one more shot I wanted to accomplish as the dusky pinks started to roll in.

On my way back home, I stopped at the shoreline access parking lot for the Newport Bridge just south of Potter Cove on the east side of Jamestown.  Again, I would be pushing the limits of my drone signal, and I just went for it.  I went high and far, as far as I could, to get just one composition of the Newport Bridge as sunset really lit up.  (For any other pilots out there, it's important to note you shouldn't fly over any cars or people who aren't part of your shoot, so don't go over the bridge, just take a look at it).  The sun was done setting and my battery was running out.  Mission accomplished. 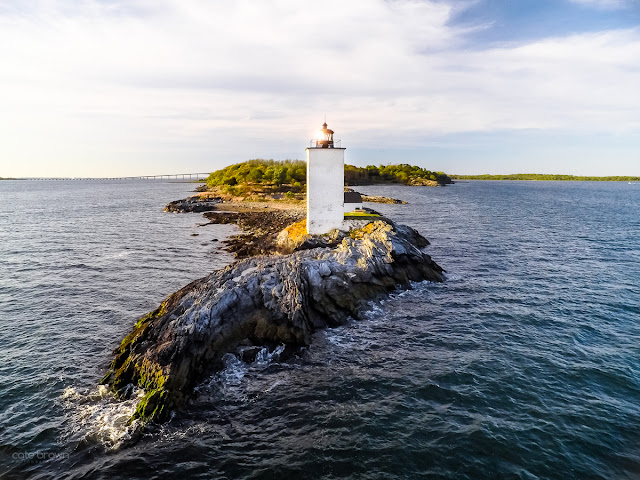 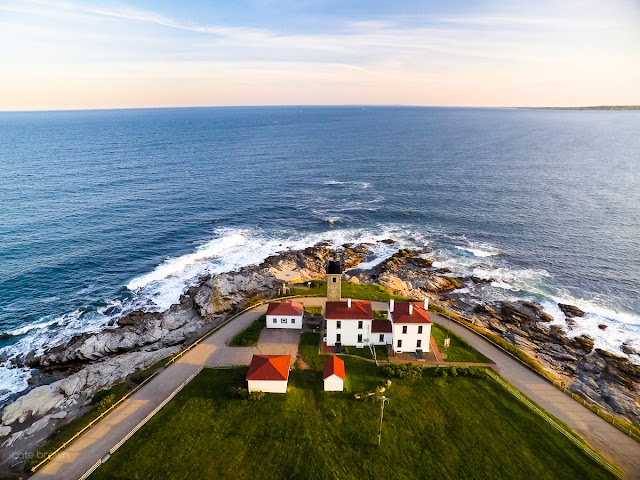 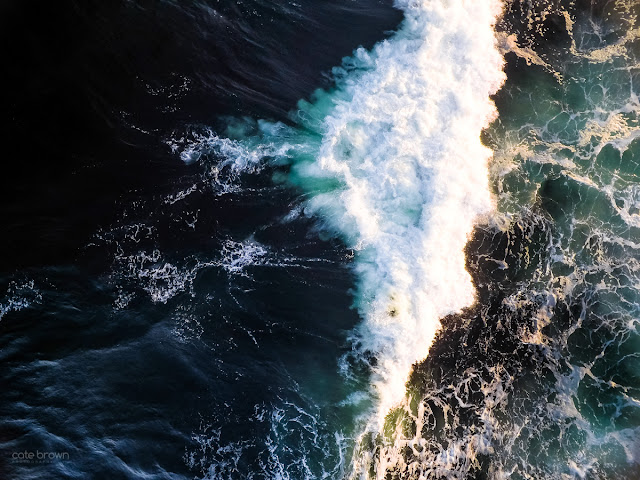 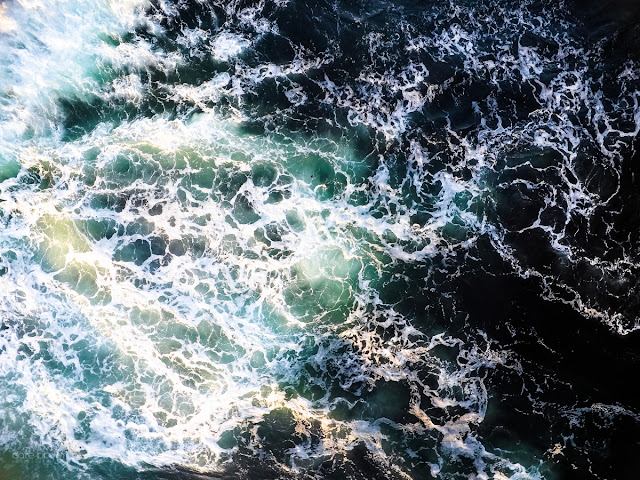 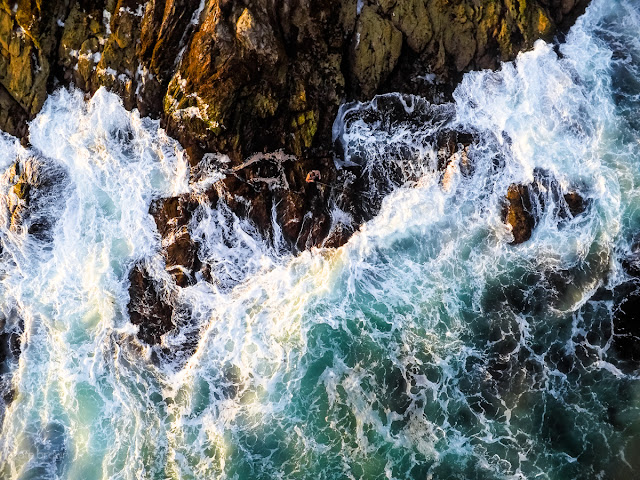 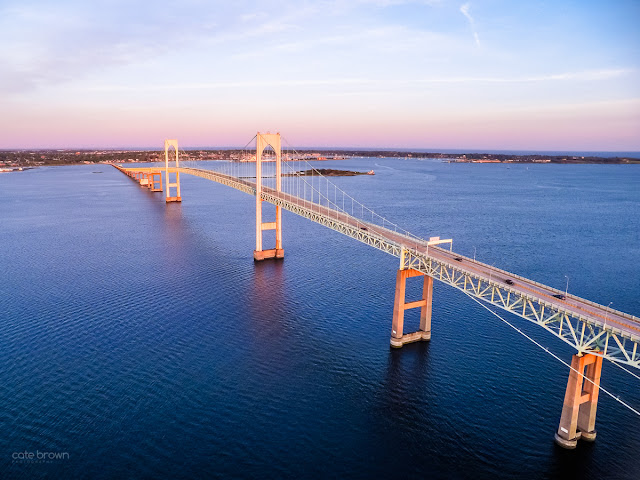