After experiencing some of the iconic locations for Acadia on Friday, we decided to do a longer hike on Saturday.  We chose another iron rung trail since we loved Beehive so much, and combined a couple of ridge hikes to make for a 4 mile total.  A lot of the trails in Acadia can be done as short day hikes, but the quantity of trails allows for combined hikes and loops if you want something longer.  With a free shuttle circling the park, it's easy to just pick a trail, even if it's not a loop, and catch a shuttle when you're done.
Saturday
Precipice Trail:  .9 miles
Precipice.  By 10am the parking lot is full and people are already parking on the road.  Some just use the lot to connect to a few of the other trailheads that converge in the area, but we took the Precipice Trail.  Just like Beehive, it's one of Acadia's iron rung trails, climbing from the road to the summit of Mt Champlain at 1,058 ft in under one mile.  The trail took us almost twice as long as Beehive.  It started with a long section of scrambling over large granite boulders strewn across the mountainside.  Almost two thirds of the trail was scrambling before it started to look a bit more like Beehive with a combination of granite steps and little iron rung sections.  While the ascent was steeper, the trail was wider in most places.  Trees lined the edge of the trail for quite a ways, while Beehive had felt narrower and much more exposed throughout the climb.  It wasn't until the last third of Precipice that the trail became incredibly treacherous, as you climbed from ledge to ledge.  Some sections of granite were only 6 inches wide, and the iron rungs became ladders going straight up to the summit. But the top of Mount Champlain rewarded all of our efforts with a spectacular 360° view!  Champlain isn't the tallest mountain in Acadia by any means.  We could see two of the taller summits just next to us with Dorr Mountain at 1,270 ft and the tallest peak of Cadillac Mountain at 1,530 feet.  Another lunch break, and we continued on.
Champlain South Ridge:  1.5 miles
Champlain was covered in wild blueberries!  We started our descent among firs with a thick underbrush of blueberry bushes, scrambling and stepping down the mountainside.  Soon, we couldn't see the horizon anymore as the trees became taller.  The ridgeline was easy for us, but much more moderate for others while it involved a few spots of scrambling.   Before we knew it, we were back at the Bowl, circling the pond and continuing through the valley before ascending again.
Gorham Mountain Trail:  1.5 miles
Gorham Mountain is more like a hill, topping out at 525 feet.  (Really most of these mountains feel like hills with their round and wide summits)  Compared to Champlain South Ridge, the descent was more gradual.  The trail took us almost all the way back to Otter Point.
You could easily make a full day, or even two, out of these ridge trails.  Almost every one of them can be connected to climb one mountain after another.  It had given us a taste of what Acadia could offer, and after the scenic footpaths, the iron rungs, one summit and one ridge, we had a good understanding of Acadia's variety.  One weekend wasn't enough.  It could have been a week doing just the long trails, or just the short day hikes.  The options were endless.
For us, we decided to try again for Bass Harbor Lighthouse, so we parked almost an hour before sunset, claimed our spot on the rocks, and waited for sundown!  People were trickling in at first, and before we knew it the shoreline was covered in people who, like us, had come just for the show that mother nature puts on every afternoon.  The sky was spotted with clouds, the breeze picked up just a bit, and the clouds started breaking at just the right time to let the sun shine through.  Even though it was August, we were so glad we had brought a few pieces of winter gear to stay warm with the cool seabreeze.
Unlike some parks, Acadia is open 24 / 7 / 365.  After dinner and a drive past some scenic marshland, we went back through the park for some late night astrophotography.  It was about 11pm, the roads were pitch black, and there was no one around.  Finally, after the heavy crowds at the lighthouse, we managed to find some more peace and quiet.  Perhaps Acadia is best viewed in the evening?
We stopped at Monument Cove where we could look almost due south towards Otter Cliffs.  The Milky Way was directly overhead, so we spent about an hour photographing before it had moved to far inland.  I can't even explain how dark it was!  Compared to the other instances I had tried my hand at astrophotography in Rhode Island where there is significantly more light pollution, my camera was struggling to get the exposure I needed for that starry canvas!  We wanted to make the most of our last night in the park, so we also stopped at Jordan Pond.  This time, I changed my exposure to 10 minutes long and captured the star trails as they circled Polaris, the North Star, seated directly over the summits of two peaks known as the Bubbles.  To get really long star trail photos, exposures need to be at least 30 minutes, but I was exhausted so 10 minutes was all I could muster for the night!
What a day.  We didn't make it back to camp until 1am. 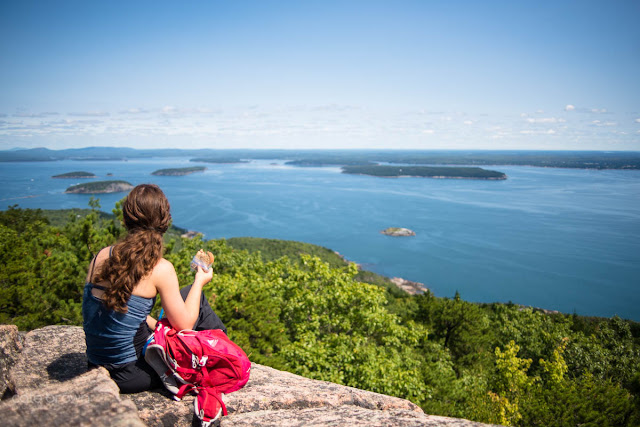 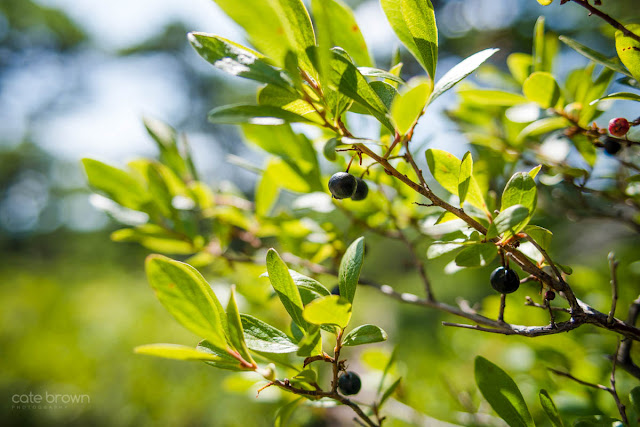 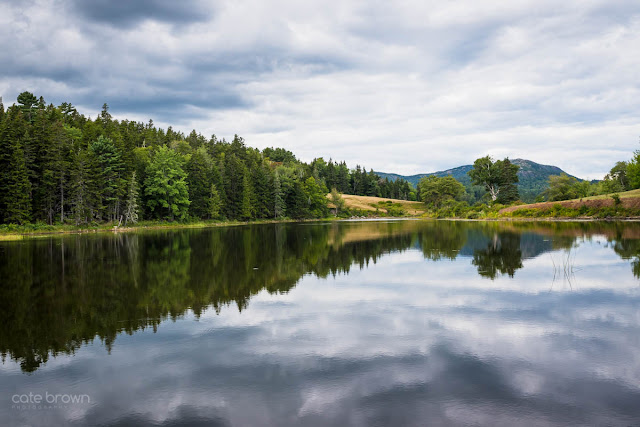 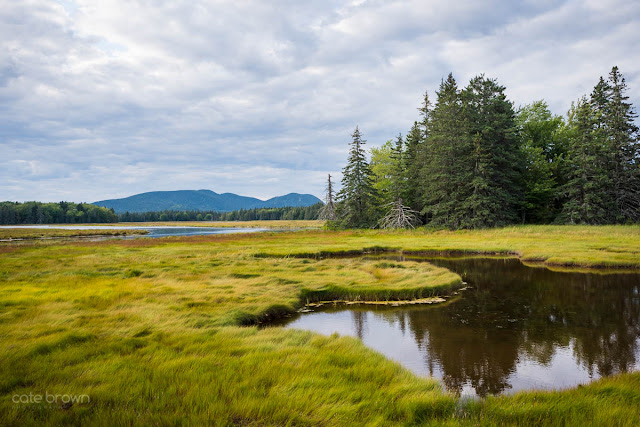 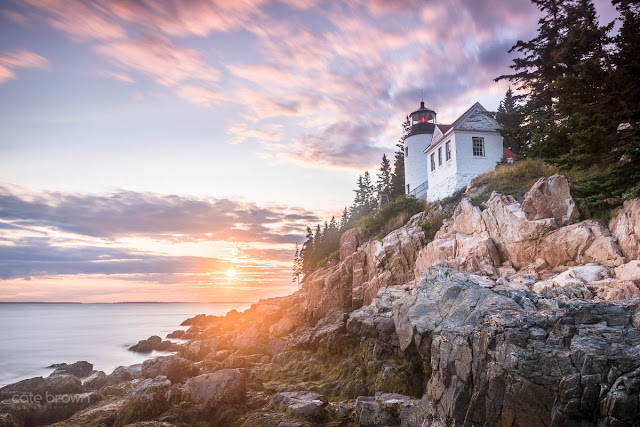 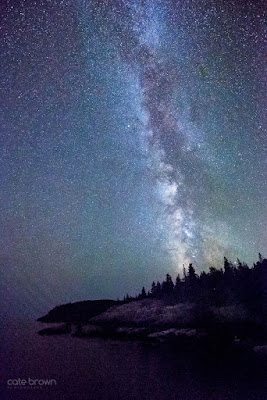 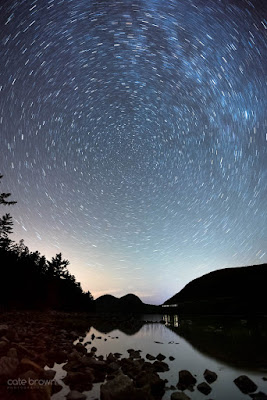