Narragansett Bay Yachting Association organizes events for sailors all over the bay, particularly junior events that give young sailors an opportunity to race with juniors from outside their own programs.  There are multiple events for Optis, 420s and Lasers throughout the summer, and then there's Race Week.  This US Sailing Junior Olympic Sailing Festival for the past several years has been hosted at the end of the summer as a season ending event bringing all the summer's racing to a head.  But this year, in an effort to garner more interest, the event had a new format.  It was hosted off of Compass Rose Beach in North Kingstown at the very end of July, starting with one full day of sailing clinics presented by all the coaches from across the bay, and two days of racing (instead of the historical three race days).
Day Two of Race Week, the first day of racing, saw one of the strongest seabreezes we had had thusfar for the summer, with winds of 20 knots in the afternoon gusting up to 25 knots around 2pm!  I started on the Opti Green circle while the breezes were a bit lighter, but it was certainly a heavy air day for these little sailors!  There was also an extreme amount of chop, compounded by waves reflecting off the nearby Compass Rose Beach which sat almost perfectly perpendicular to the incoming wind chop.
As I moved to the Opti Red White and Blue circle and further from the beach, the chop lessened but the breeze began building.  Several boats were retiring and after only two races and barely a few hours of racing, the regatta was abandoned for the day.  Boats were screaming downwind as they surfed the chop directly into the beach, and every available set of hands was needed to help bring the boats back onto the beach safely.  A few concussions and injuries, especially from the 420 circle, were met with ambulances.  There were no serious injuries, thankfully, but it was quite a heavy wind spectacle.  Yet, despite all of the wind, ambulances and retired boats, I did not see a single sailor, including Green fleeters, bursting into tears being overwhelmed by the breeze.  And at the end of the day, I was glad to see more smiles on the water as these kids took advantage of the windy conditions for as long as they could!  It certainly made for some of my favorite opti shots of the season.
Results here
Full Gallery here 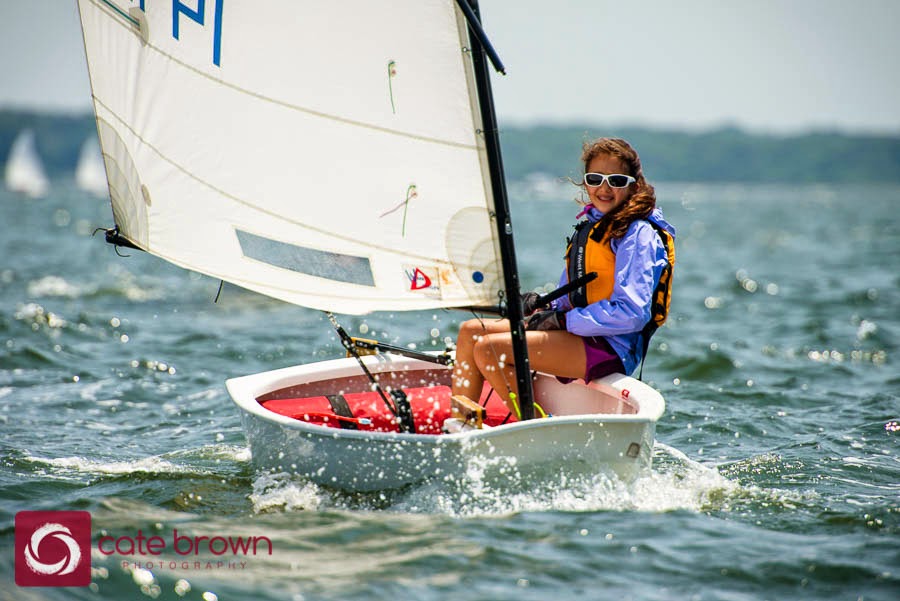 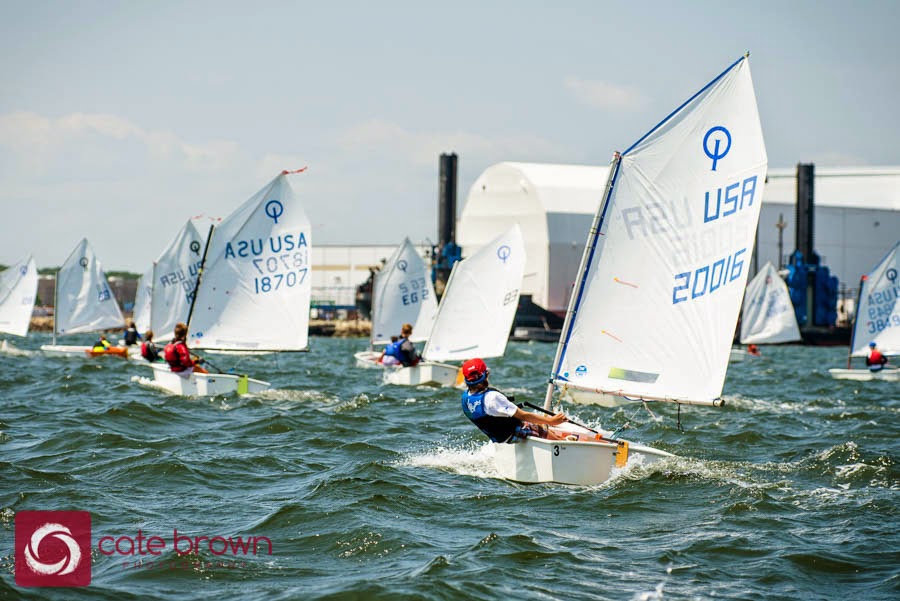 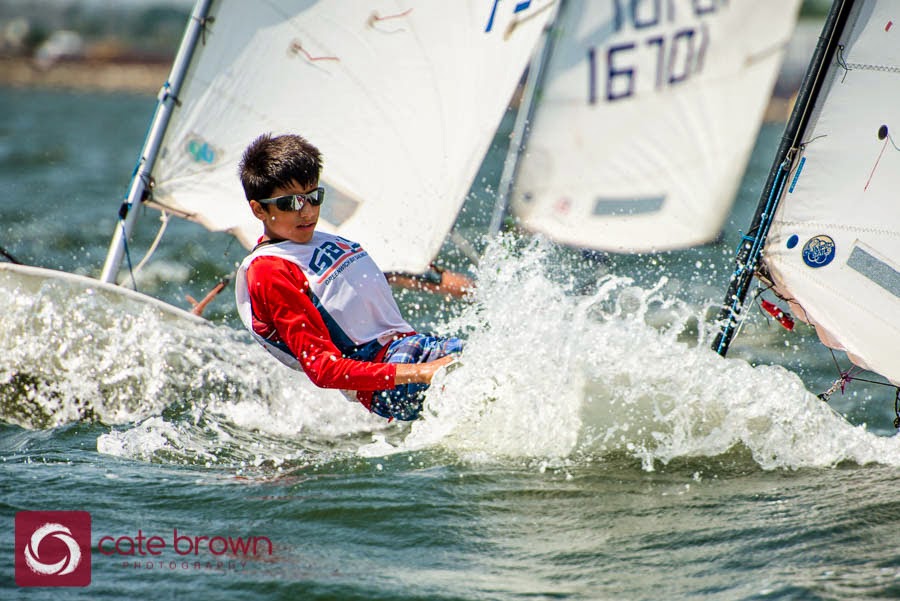 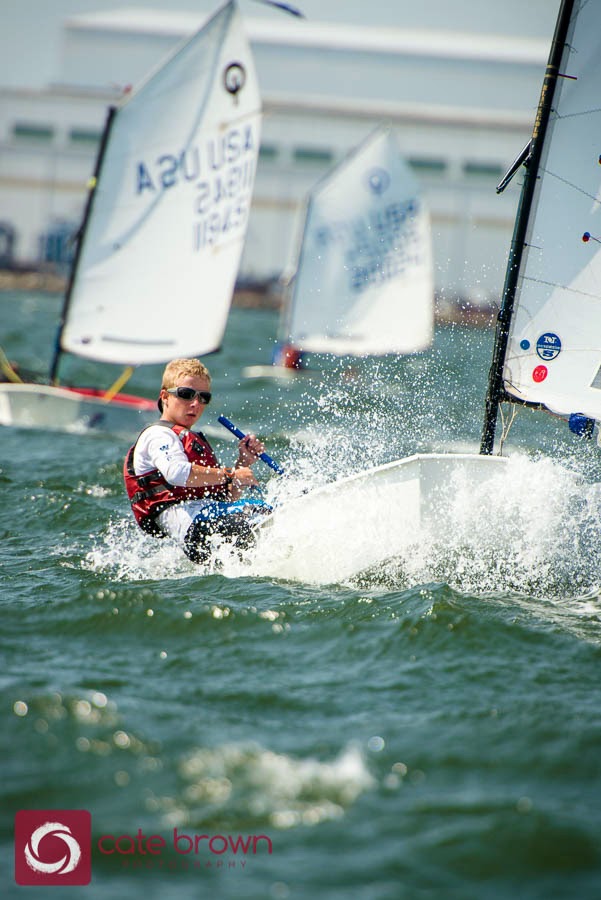 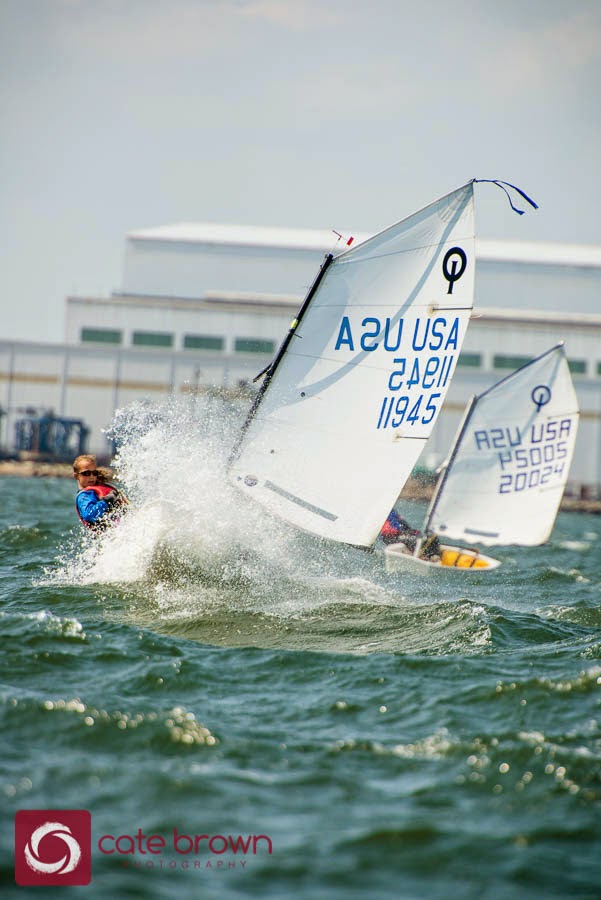 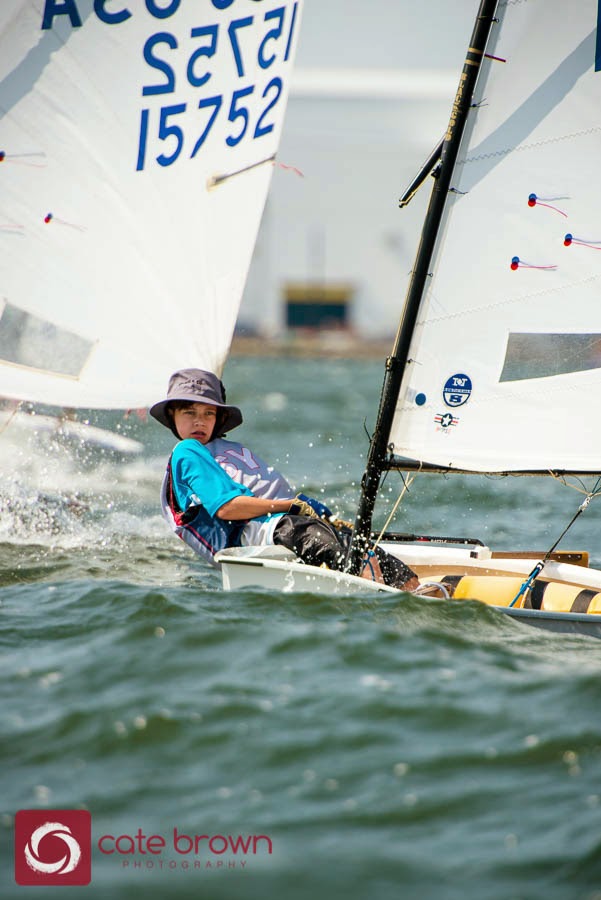 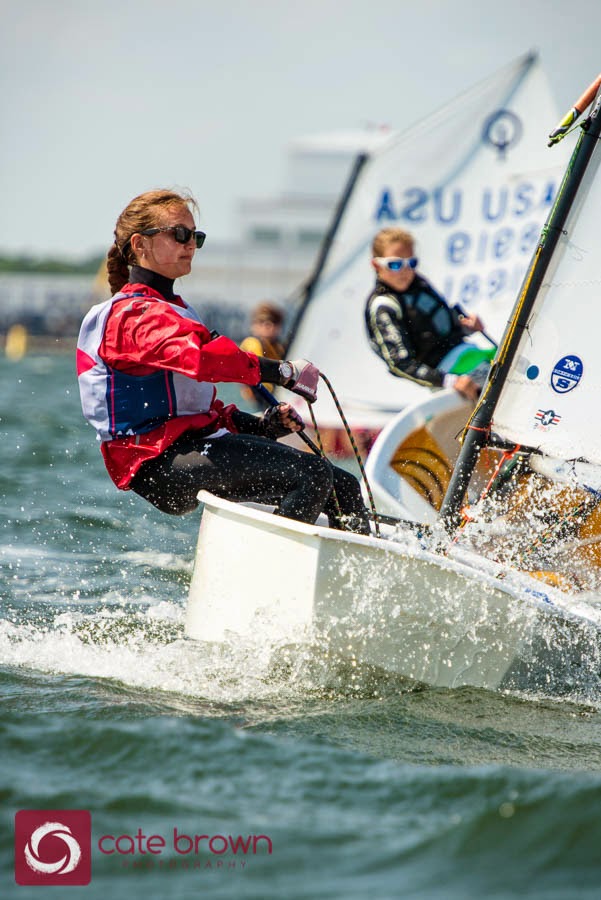 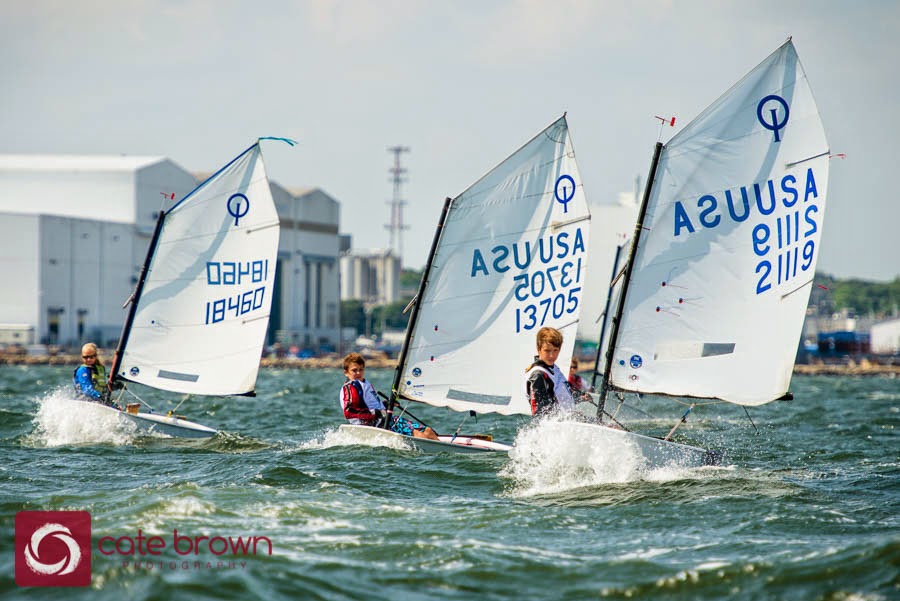