Day Two of NBYA Junior Race Week was scheduled for Tuesday, but with heavy thunderstorms in the forecast all sailing and activities were cancelled.  Tuesday came and went with only a few rain showers, but racing resumed on Wednesday in the hopes of getting both Opti and 420 circles enough races for a fulfilling regatta.

Conditions were light and unsettled as westerly breezes conflicted with a southerly seabreeze attempting to fill.  The Opti circle was located just north of the 420s, alongside Dutch Island.  While the Optis managed to get a few races off in the light westerly, the 420s were just a tad too far south for the breeze to settle and remained in a hole of circulating wind directions for most of the morning. Race Committee tried to move the racers closer to land in hopes of a westerly holding long enough for a race, but then had to redirect just a bit further south in hopes of the southerly.  This little dance continued for sometime until it looked like the southerly would prevail.

As the morning turned to afternoon the westerly faded and made way for the southerly, but SW and SE winds continued to battle it out.  The 420s couldn't go home without any racing, so everyone decided to buckle down and deal with the flukey conditions, which had at least built to about 5 knots.  It'd be better than not racing at all.

The first 420 race didn't start until almost 2pm.  They raced once... twice... and that was it.  Two races were completed for both the 420s and the Lasers for the whole day.  But no one can truly complain about a day in the summer sun!

By the end of the event, sailors from the Brenton Cove Racing Program finished first and second in the Optis overall results:  Justin Callahan and Mitchell Callahan, respectively.  Ryan Travers and Charlie Newman of Weekapaugh topped the charts for the week in the 420 Class, with Aidan Naughton and Stewart Gurnell of Saunderstown Yacht Club in second.  The Singlehanded Division, comprised of 10 Laser Radials and 1 Byte CII saw consistent results throughout the week, with Michael Fletcher of Brenton Cove and Aili Moffett of Conanicut Yacht Club finishing first and second in the lasers. 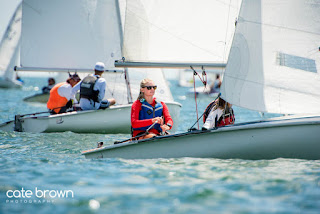 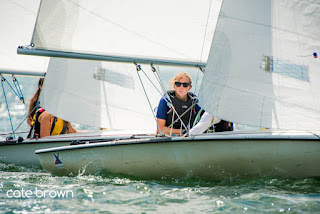 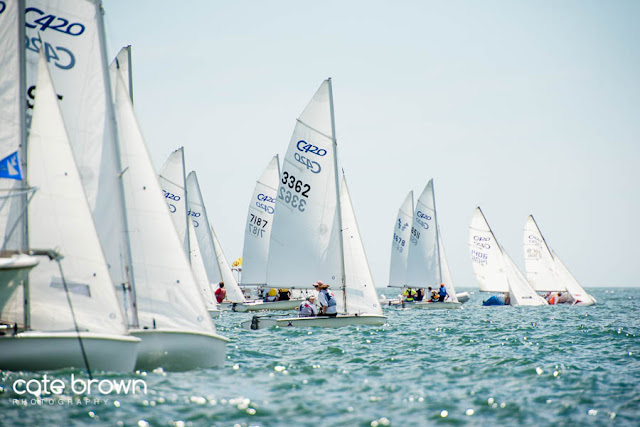 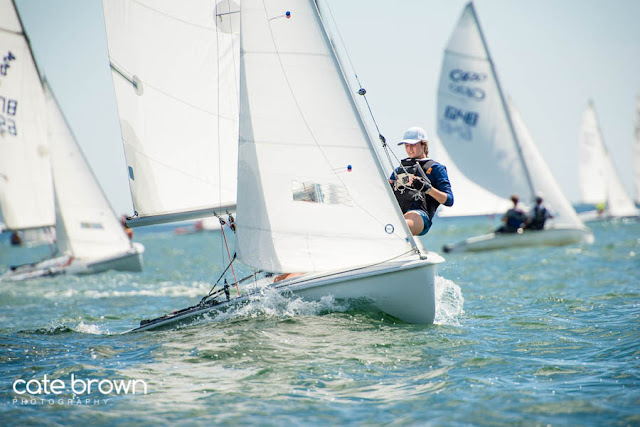 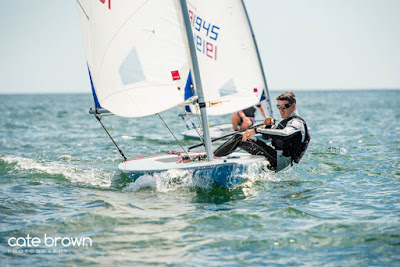