What an interesting day out on the water.  It was the Optimist New England Championship, hosted out of Potter's Cove by Sail Newport to over 400 optis from the US, USVI, Canada, and even Mexico!  This is always a well attended event and this year it graced the shores of Newport with an astounding number of opti sailors ready to compete!  The Opti Green fleet had about 40 boats, and the Red White Blue circle had the remaining 360 or so boats as one giant fleet.  Sailors were broken into four different starts, designated as Lime, Teal, Pink and Yellow.  There had to be an equal number of races between all the fleets for an overall Opti winner to be determined, and the Red, White and Blue age groups would be broken up after the fact in scoring.

I was out for the second day of racing, which saw a late start due to a stubborn northerly that would just not make way for the light southerly sea breeze until about 1pm.  A trapezoid course was set up and the first start got off around 1:15.  One race for each start went off without a hitch, and by 2:30 the first round was all done.  A second set of races was started for Pink, then Lime, then Teal, and lastly the Yellow start.  But there were telltale signs of more trouble with the breeze as a giant hole of no wind made an appearance around the windward mark.  You could see the Pink sailors sailing in for the day having finished racing, and the Lime and Teal sailors making their way around the last half of the course in a gentle but steady 6-7 knots.  But at the windward mark for the Yellow boats it was chaos.  It became a float-fest and then a few kids realized the 1-2 knots of remaining breeze was actually coming from the north, not the south where it had been since noontime.  It was the rare and dreaded 180° windshift and optis were sailing dead downwind to the windward mark.  The time was 4:30pm, already late in the afternoon for these kids who had been on the water since 10am, and the race was abandoned.

But that wasn't the end of the day.  They needed a second race for the Yellows or all the races that had been completed since 3pm wouldn't count at all!  The northerly was at about 3 knots, enough to race, and the course was reset for the new breeze.  At 5:15pm the last start was off, and the Yellows finally had their second race.  But of course, as is typical, the wind started to die the later the afternoon progressed.  The sun was sinking lower in the sky, providing golden light, and the clock was ticking on.  The first place boat just managed to eek around the course, fighting the outgoing tide, to finish by 6pm.  However, there was a 20 minute time limit for the rest of the fleet and there was still about 10 boats struggling to make it around the windward mark in 3 knots of breeze and 2+ knots of opposing current.  Only a handful of boats finished before time expired and dozens of boats were left on the racecourse without a scored finish.  But there were more cheers than groans as these tired kids were eager to get back to the beach for dinner, rock climbing and trampoline.

If was one of the most interesting days of junior sailing I witnessed in quite a while, and I give a lot of credit to the Sail Newport Race Committee who worked hard to make a fair race for everyone included! 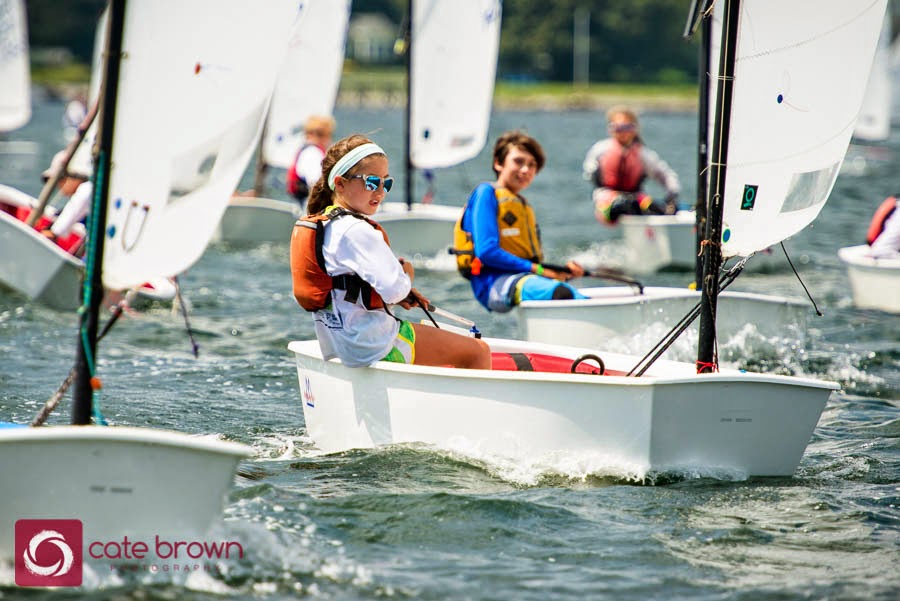 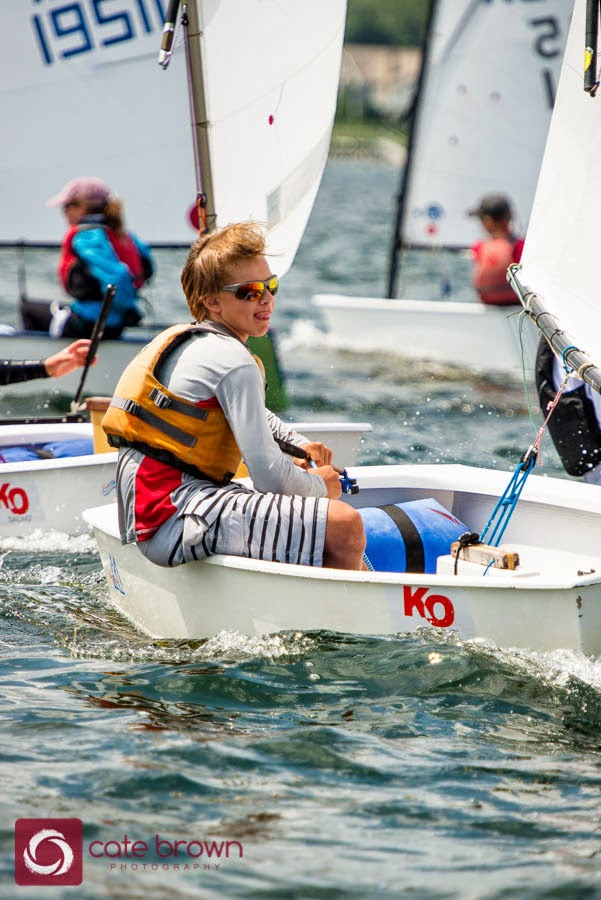 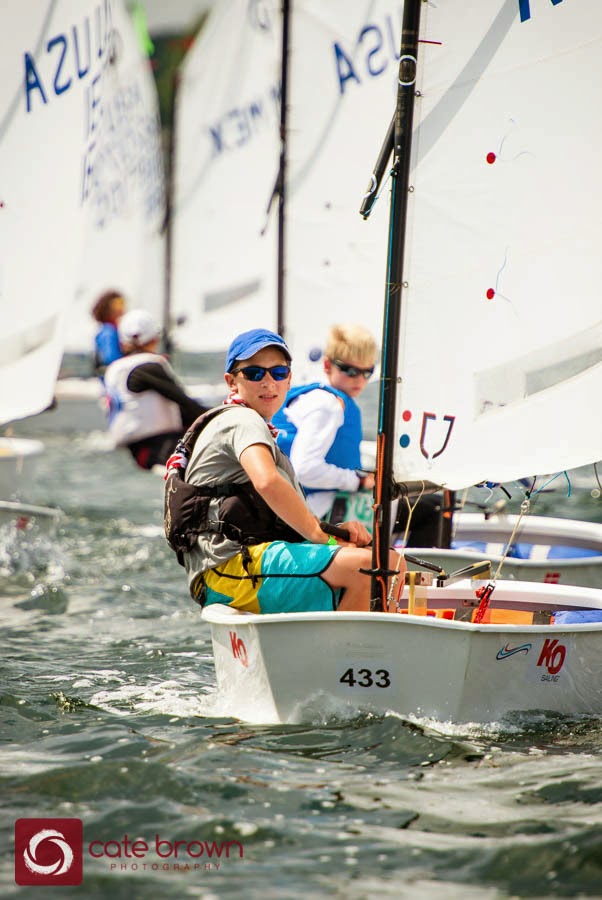 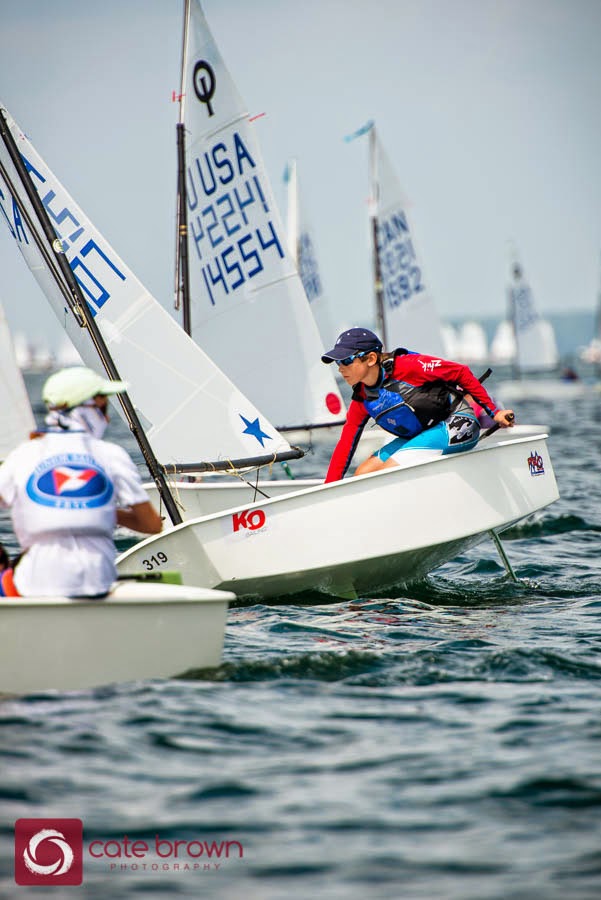 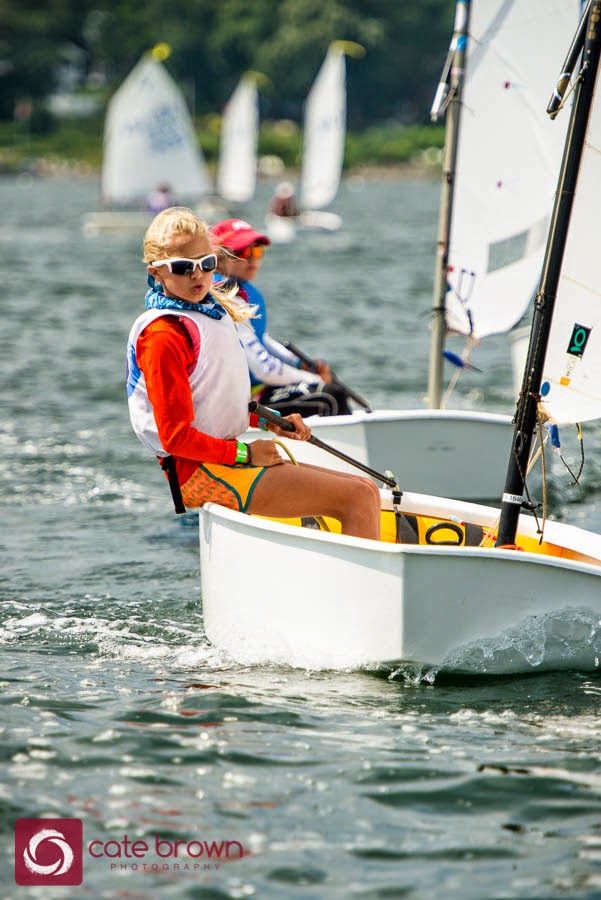 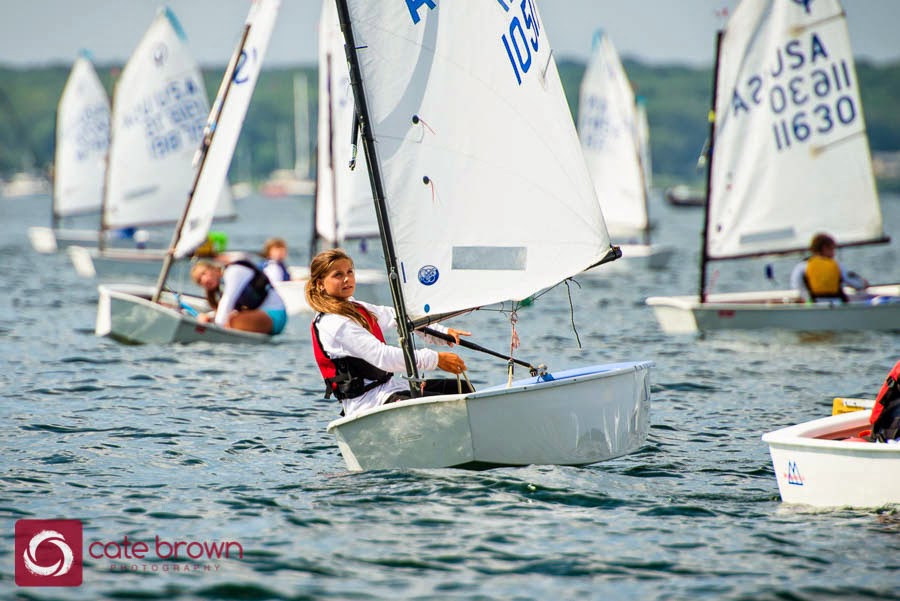 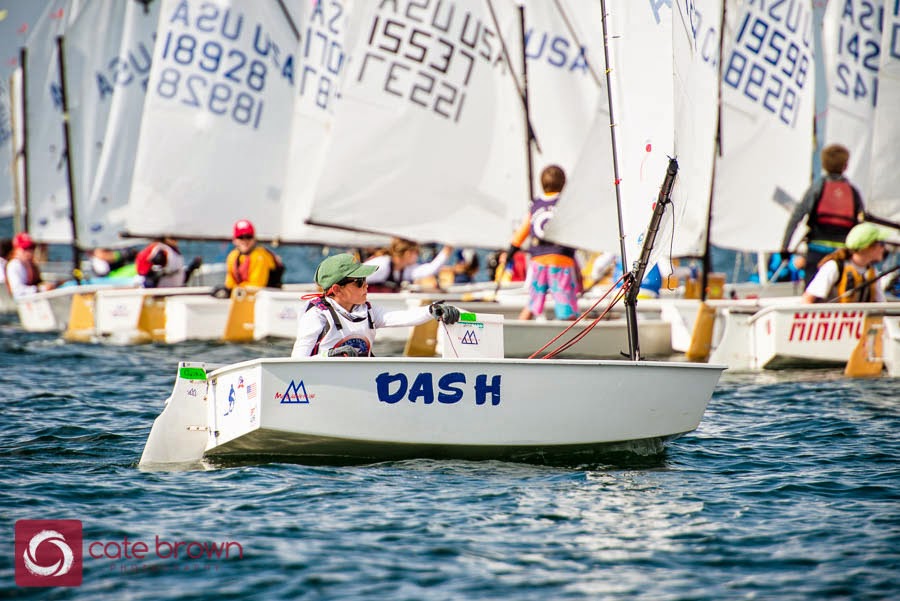 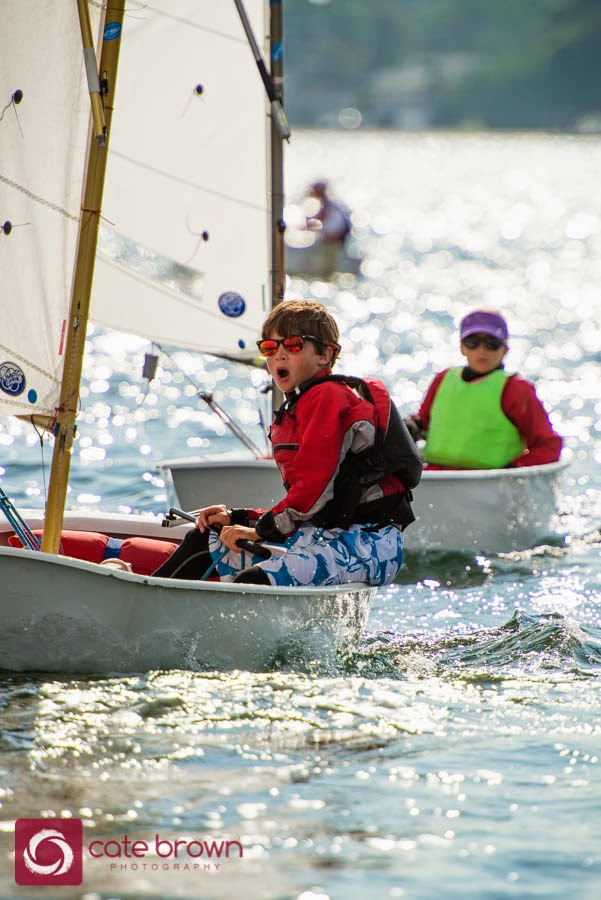 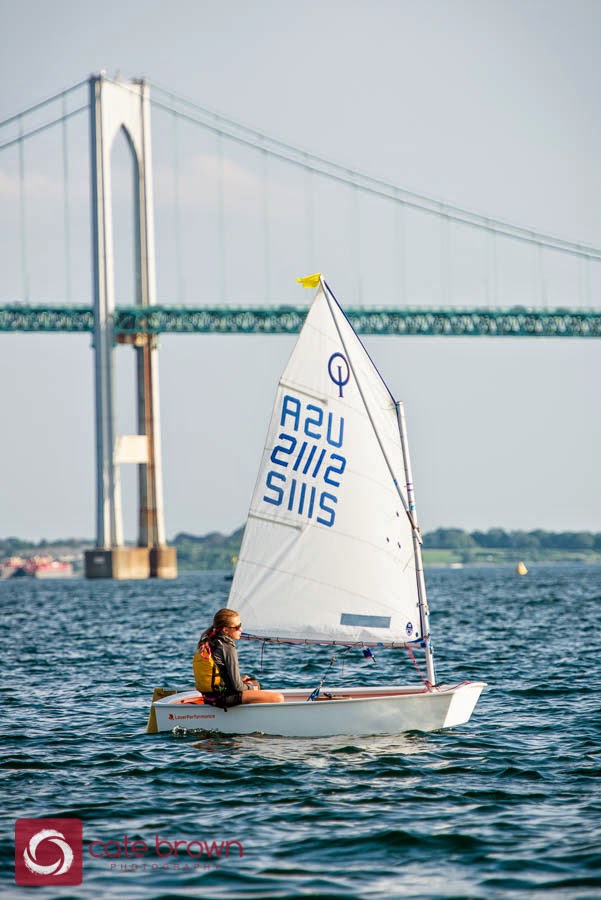