A week before Race Week, Newport was host to the Opti New England Championship Regatta for the second time in the past three years.  There were almost 100 more boats than the last time this event visited Narragansett Bay in 2014, and with about 100 boats to a total of 4 starts, it was attack of the optis all over again!

Sailors come from throughout the region to compete, but others travel from beyond the borders of New England to sail in the event.  Some sailors came from Chicago, Florida and even Ontario just to sail on Narragansett Bay and for a chance to advance to Opti Nationals.

Day one of racing was a true representation of this summer's remarkable sunny weather and gentle summer winds.  With just a few rainstorms and those couple days of tropical level humidity, it's been a summer unlike any I can remember!  (The downside of course being the long drought that's plagued most of Rhode Island and Massachusetts)  Day one of Opti New England's was no different, and with a steady 7-10 knots of wind, comfortable 80°F, racing went off without a hitch.

Of course the rest of the week was a different story.  Day two saw light breeze with rain, clouds, and cooler temperatures.  It took long enough to set a course in the light air just to have the breeze continue to shift, and then clouds moved in and by the end of the day we all looked like we had gone for a swim.  Then for day three, racing was canceled due to threats of storms.  If day one was the best summer weather New England has to offer, days two and three were a good representation of some of its worst! 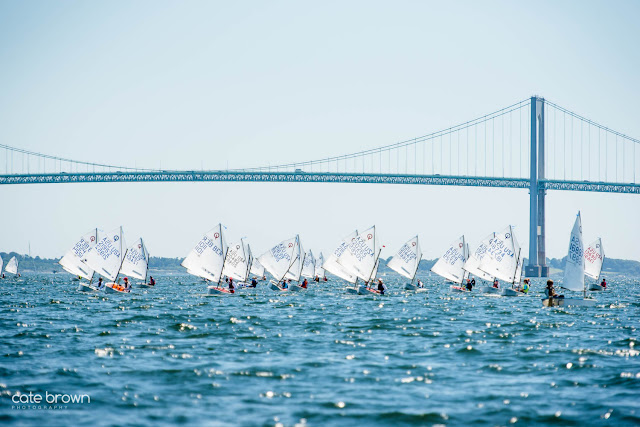 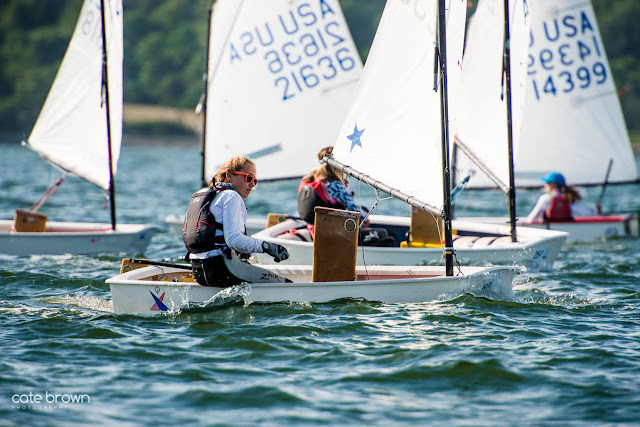 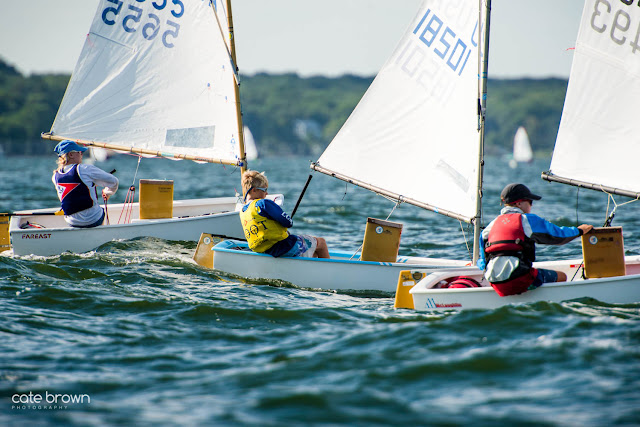 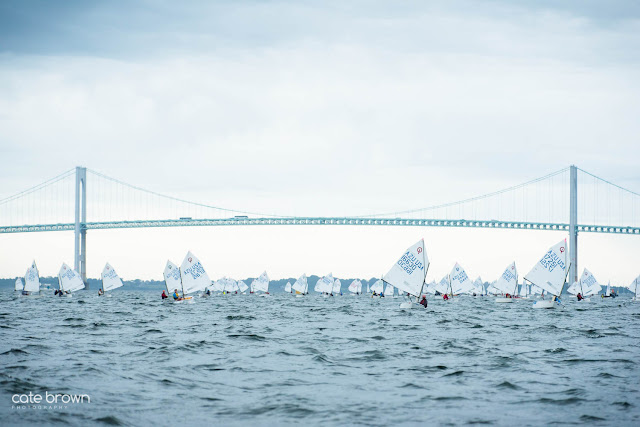 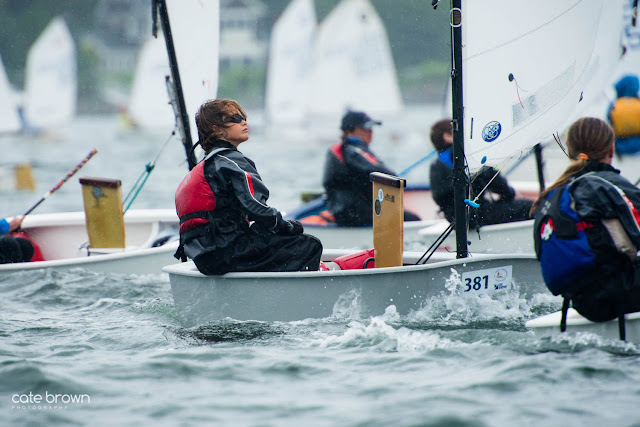 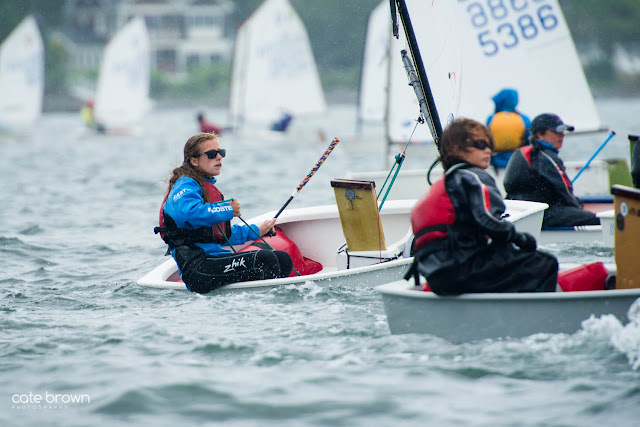