A few weeks ago, I made the short trip down to Narragansett in the hopes of finding some surfers out on the water given the prospect of storm swells. Sadly, there wasn't much swell, and only a few people in the water so sorry, no surfing shots. But we did watch the water and light rain blow through, and I captured a few shots of the weather and waves, and even Beavertail Light shining through the... Bringing Back the Hipstamatic!

For any of you with an iPhone or pretty much any smart phone with a decent camera, you've probably started to replace your old point and shoots with your phone, and not with horrible results either! I upgraded to the world of smart phones several months ago and have found myself completely captivated by the numerous camera apps. Two popular ones in particular are Hipstamatic and Instagram for... Oh little Wickford, oh charming little Wickford.  Sadly there was no snow to pretty you up this winter (so far), but we still had those little twinkling lights!  Now those little lights are coming down but the charm will always remain.  Hopefully this new year some of those empty storefronts will be filled again with new entrepreneurial prospects, but you will always be charming regardless! 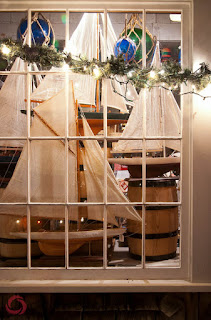 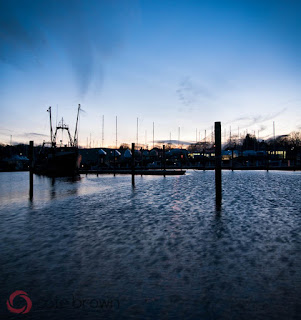 Ringing in the New Year with Surf

It's been a few weeks, I apologize! The holidays came and went quite quickly for us here. I don't know if it ever quite felt like Christmas, or even December. Our days are still hovering around 40-50 degrees with sun and not a single hint of snow! We were lucky enough to get flurries Christmas morning but it's hardly what I would call a white Christmas. There was another huge swell this week,...

A storm this past Tuesday brought some intense wind and rain through overnight. I'm talking wicked heavy and horizontal rain at times! As the storm passed offshore there was some really big surf generated for Rhode Island and I went to a local surf spot to watch a few friends and take some shots. It was my first time shooting surfing, and luckily the break was close enough to shore that I could... Sorry about the two weeks between blogging, I had a little bit of trouble posting last week.  Hope everyone had a great Thanksgiving!

Anyway, we seem to be in an odd season right now, some sort of transition between summer and winter that's supposed to be Autumn seems to have transitioned right into a Spring. The temperatures are mild, there's sun and some rain, but the typical indicators of Autumn... From the RI Coast

More images from the beautiful Rhode Island coast, some sunsets and some activity out on the water! Took my camera out two days in a row, two windy days, and captured some sunsets and windsurfing and kitesurfing. It was quite the showing for the recreational folks, I counted about a dozen kite surfers on day one, with almost as many windsurfers. Day two there was still quite a showing, although... Just because the summer temperatures are gone does not mean a lack of activity out on the water! If it's a breezy day, no matter what the season, chances are you can see some of the locals out on the water either for frostbite sailing, windsurfing, kitesurfing, you name it. There's even ice sailors once those ponds freeze over! It was gorgeous autumn weather this weekend, and I took the trip to... Film: It's been a while

I haven't been shooting as much the past couple months as I would like to. I'm trying, but it's been rather busy and just getting out there with a camera is all I want to do and seems to be the hardest thing at the moment. And going out with my large format camera is what I've been wanting to do the most. I was looking over my past posts and I realized that I REALLY need to get out there with my... Autumn! In a Blast

Autumn has arrived! Within the week the trees have started changing and the 70 degree weather has definitely subsided. It's started to feel like fall again, and Halloween is this coming Monday. I snapped this image as I was just walking down the street. Of course with this wonderful season change we've also gotten a lot of rain all of a sudden, even snow in some parts! I guess autumn has already...

As the days are getting shorter and the sun starts coming up later in the morning, I decided to make the chilly trek down to my town beach to catch the sunrise this week. It was a gorgeous morning, about 35 degrees outside, sea smoke, light clouds, and an incredible bright sunrise of pinks and blues. I captured the breathtaking scene as best I could, but of course nothing is quite like actually... Leaves Before the Change

A little over a month ago now I made the trip up into New Hampshire Franconia Notch State Park. I experienced the incredible wonder of the flume and some of the surrounding area throughout the day, and I cannot wait to go back! I brought my film camera with me and cross processed the E6 Slide film. As a whole, I wasn't entirely satisfied with the film turnout, but that's the risk you take with...