The skies have cleared!  It finally feels like winter has departed and made way for spring (if not summer).  By mid-month we had several days of calm skies, light breezes, and plenty of sun.  I took the opportunity to venture to Point Judith Lighthouse one Friday afternoon with fellow photographer Kat Carney.

We arrived with plenty of time before sunset, and after a quick judgement call regarding the onshore breeze, I took out my drone for a late afternoon flight around the lighthouse.  The sun was gorgeous, and the tide was low but incoming, making for some fun patterns in the water.  GoPros don't handle shooting into the sun very well, so I restricted myself to mostly keeping the sun out of view, but the light was still warm and vibrant, lighting up the lighthouse, seas, and clouds beautifully.

We took the time in the light to find our compositions for star photos later on.  The clouds would be totally gone by about 10:30pm, but it's always easier to find your compositions in the daylight and to become familiar with your surroundings.  I speak from experience that tripping over rocks or stepping into holes in the darkness while carrying camera equipment is never any fun.

After a quick break for dinner, we were back at the lighthouse by 9pm, almost two hours after sundown.  At this point, the sky was just about as dark as it would get.  There were still some low lying wispy clouds hanging around, and the outbuildings from the Coast Guard station had more light pollution than we were expecting.

I framed up my shot facing southwest while Kat set up at the base of the lighthouse looking north to incorporate Polaris (the North Star).  We had to be conscientious of the moon as it was setting in the west while we were shooting, but by keeping it out of frame we didn't have any trouble.

It was my first low-light test run with my new Nikon D850, with Hahnell Giga T Pro II intervalometer attached, and I was astounded when I took a closer look at my settings.  Kat was on my D750 with the built in intervalometer, and while she was shooting at ISO 4000, f4, and 30 seconds, my D850 was having no trouble at all with f11 and no troublesome color noise.  I never had any complaints with the D750, but after experiencing the low light capabilities and post-processing with the D850 it's obvious why this new camera has received so much praise.

We stayed for over an hour, taking 30 second exposures one after another with the final goal of stacking our frames to form long star trail photos and time-lapse videos.  Whoever said 6 hours is too long to spend at a lighthouse was obviously not a photographer!

See more under Recent Work, and at Youtube or Vimeo 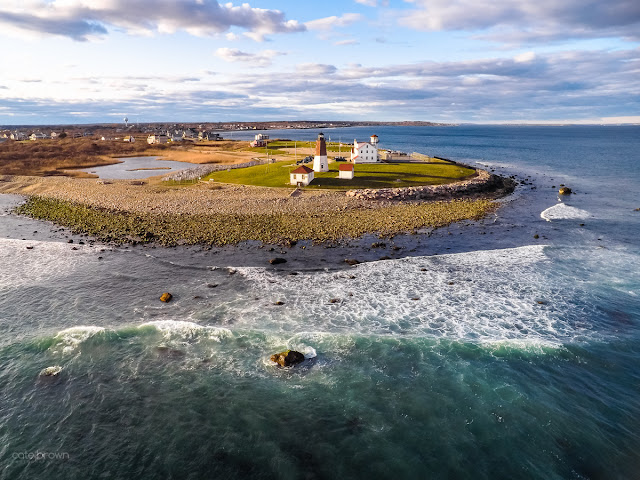 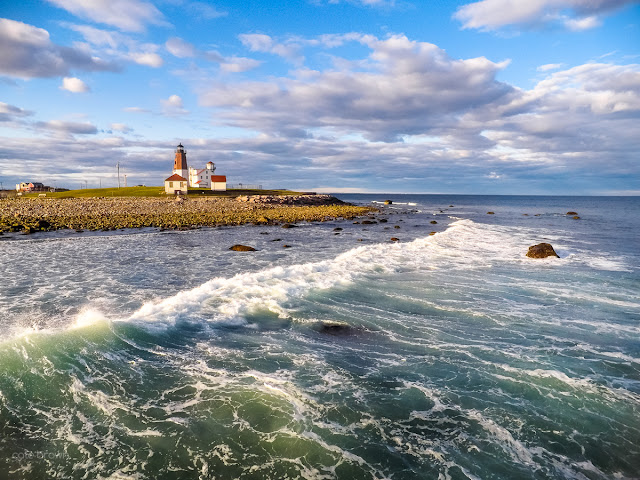 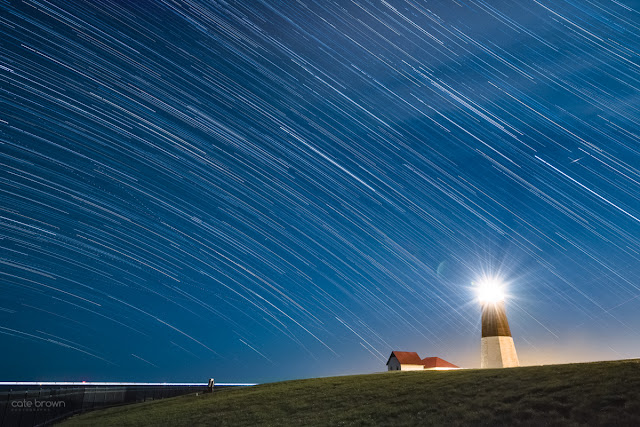